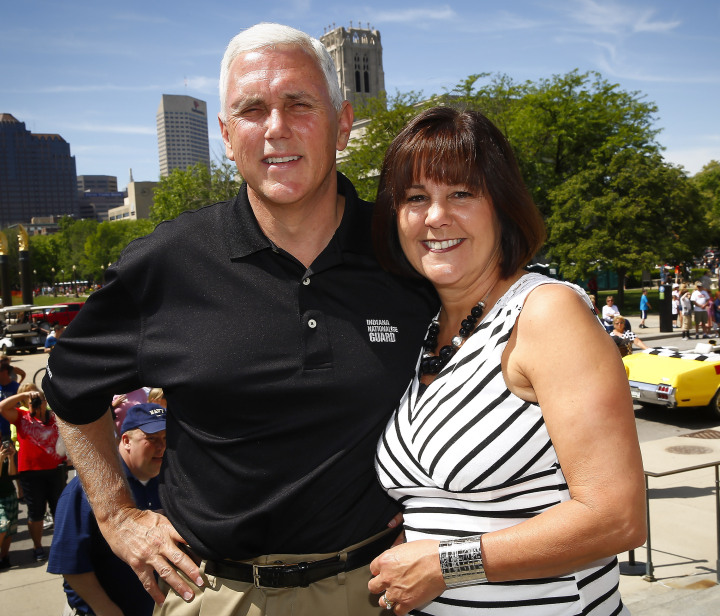 It is not necessary to drink a gallon of ocean water to learn that the water is salty. One can make that determination very quickly. Moreover, expensive studies are not necessary to prove it is common for a man and woman to climb into bed after a meal especially if booze was imbibed. And the odds of immorality are exponential with the proximity to Washington, D.C.

The fallout continues after the revelation that Vice President Pence refuses to be alone with a woman who is not his wife. It should be noted that Pence was elected to Congress in 2000 after the terrible tenure of Bill Clinton that made oral sex a household word for kids. But then, Progressives said, “It was only sex!” Now Pence is chided, castigated, and condemned for setting guidelines to protect his marriage! He considers his unusual practice a “fence” to protect his marriage. Pence took notice of his colleague Mark Souder, another married Indiana Congressman, living alone in Washington, who committed adultery and resigned in disgrace in May of 2010.

Mark was a family-values Conservative Republican who had a multi-year affair with a part-time staffer. Both were Christians who felt guilty and repeatedly talked about ending the affair as it dragged on for several years. Souder wrote, “I prayed multiple times a day, sang hymns with emotion and tears, felt each time that it wouldn’t happen again, read the Bible every morning...So how in the world did I have a ‘torrid’ (which is an accurate word) many-year affair?” Maybe Mark should have built a fence around his marriage.

The crazies on the left have even suggested that the reason for the strict guidelines is because Pence is a closet womanizer or boozer! To the Progressives out there: have you no shame? Don’t you have any lofty principles that control your life and work? Must you always drag down others just because you disagree with them?

The same critics of Pence have nary a word to say about the prudishness of Muslims who demand that no flesh be seen on a woman. Not to mention the other extreme where a man can have four wives and even sex with the dead has been approved! Speaking of weird views about women! But no one is speaking of the inconsistency. Disapproval of Muslims is forbidden by the hysterical hypocrites at Huffington Post but Pence’s marital views are “backward and a little funny” and “goofy” according to The Daily Beast.

Pence is only doing what any sane man would do to protect his family, his position, and his reputation. He was building a fence around his marriage. Doesn’t he have that right? If his wife likes the fence, it is no one’s business since it was their choice. And would Progressives demand the right of any woman to slaughter her unborn baby but not give Mrs. Pence the right to choose whatever practice will protect her marriage?

A female in The Daily Beast ridiculed Pence’s views on marriage and went after him, hatchet in hand, because he cast the deciding vote last week to weaken Title X, a federal program that provides birth control to low-income women. I have never seen a justification for any government agency providing birth control to anyone for any reason. Why should I fund the illicit or licit pleasure of someone else? But what if they can’t afford birth control? Then they can abstain from sex; after all, that is the only sure method of birth control.

Now it seems to be the norm (but not normal) for a dating couple to have sex on their first date, especially if he took her to a nice restaurant; but toleration of sexual immorality is the first stage of decadence.

Supported by the fake study of Kinsey, followed by the Playboy philosophy, and the public school indoctrination of sex, we have a generation that seems to be proud of its sexual sophistication and toleration. However, the average man has confused the stretching of his conscience to be the broadening of his mind. He has adjusted his principles to suit his pleasures.

Others are suggesting that Pence’s strict behavioral guidelines might impede his work and harm our nation if he had to meet with chiefs of state such as Theresa May of England or Angela Merkel of Germany? Such critics can’t really be serious. Don’t they know that aides and interpreters are always in such meetings? And even if not, he could take his wife with him.

This toleration of sexual immorality and criticism of building fences around a marriage to lessen the likelihood of a disaster is even infiltrating the churches.

A friend of mine who is a major proponent of cross-gender relationships wrote, “the evangelical church is pretty much still adolescent in its view of sex.” However, he and his crowd show a total disregard for human nature as proved by today’s stats regarding sexual promiscuity. He was referring to me and people like me who see an obvious danger in a man having lunch with a woman without his wife. But it is worse since some of them take multiple-day trips together!

Advocates of cross-gendered friendships tell us that such friendships do not have to be about sex and they are right. The obvious point is that too often a sexual affair is exactly what happens. Anyone with a modicum of knowledge of biblical and everyday experiences understands that sex IS an ever-present danger. Talk to Samson, David, or any Tom, Dick or Harry.

It is interesting that the night before the Pence story broke, I responded on Facebook to my friend mentioned above who has written a book that defends and promotes cross-gender relationships. He wrote, “How many evangelical male presidents of seminary would have dinner alone with a woman who was not their wife?”

I replied: “I followed the ‘never be alone with a female not a relative’ practice all my ministry of more than 50 years. So did Billy Graham and Jerry Falwell. This modern trend of loosey-goosey male/female relationships often leads to disaster. Even if it does not do so, it is unscriptural. We are to do nothing that gives the appearance of evil. It is not a matter of not trusting a woman and it is silly to think it is a "put down" of all women to be careful in our relationships. Besides, why would I ever want to be with another female without my wife? If she is not welcome, neither am I.

“I have read your book and I'm convinced you are sincere but you are wrong. Your quixotic-like crusade may seem to be principled but it is founded on a dangerous principle. With your talent, drive, brainpower, and dedication you could accomplish so much more for the cause of Christ than your effort to get men and women together for lunch as they thumb their noses at genuine Christian living and appropriate social customs. Your desired results, if you could achieve them, would not be worth even destroying one family. I await the slings and arrows!”

My cross-gender promoting friends tell me that Jesus was not concerned with the appearance of evil and was often alone with women, usually women of questionable character. My friends are wrong. Christ broke traditions as when He spoke to the woman at the well but that was not evil. He was challenging the centuries-old degradation of females and putting them on a pedestal but He never countenanced evil. Furthermore, He spoke with her at a public well.

Christ wasn’t concerned with the appearance of evil? That dog won’t hunt. And I suggest that each man start building a “fence” around his marriage to protect it from disgrace, disappointment, and divorce.

Fences work if they are built strong enough and are kept in repair. Brute beasts don’t like fences because that keeps them from straying. That’s why many men don’t like them!