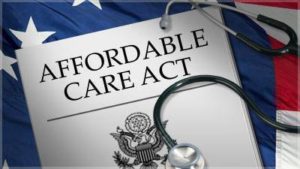 Rep. Ron DeSantis (R, FL) has called for an immediate end to a 2013 rule that provides special healthcare subsidies for members of Congress. In a letter to President Trump last week, DeSantis wrote that he believes the President can press the urgency of Repeal and Replace if members of Congress have to suffer under it like everyone else.

Well, you can imagine the conniptions on Capitol Hill when it was realized that the political class wasn’t exempt from such terrible health coverage. Faced with the howls of congressional staffers on both sides of the aisle, even the most ardent Obamacare supporters raised their hands in supplication and cried: “Please protect us from the monster we created!”

And, lo and behold, the White House heard their pleas and, in clear defiance of the provisions of the Affordable Care Act, announced in 2013 a special bailout for members of Congress and their staff. The Office of Personnel Management (OPM) allowed members of Congress to get health care through the D.C. Small Business Exchange, normally limited to businesses with less than 50 employees (combined, there are 535 Congressmen and Senators). The requirement to go through Obamacare magically disappeared.

You would think that there would have been some principled politician (oxymoron?) that would refuse to wink-wink at this skullduggery and blow the whistle. After all, the details were public knowledge years ago (here’s my article on this topic 8/30/2013). Finally, after years of letting sleeping dogs lie, Rep. Ron DeSantis emerges as the lone voice in the wilderness.

Yet, Americans of every political stripe should be outraged by this bailout. If opponents of Obamacare knew what a mess it would be, why didn’t they publicly bring up the fact that the Affordable Care Act never applied to politicians and their administrative staffs? Congressmen and Senators should have refused a loophole that put them in a separate class than the rest of us.

If the opponents of the Affordable Care Act want to take the moral high ground, there is no more meaningful way than to refuse special exemptions for their loved ones and staff; exemptions demanded by those who were so afraid of their own creation that they wanted their families to have nothing to do with it.

Denying special privileges for the political elite is something I hope everyone can agree on.  If you’re going to perform a social experiment on the average American, I think everyone, even politicians, must also take a turn as the guinea pigs.