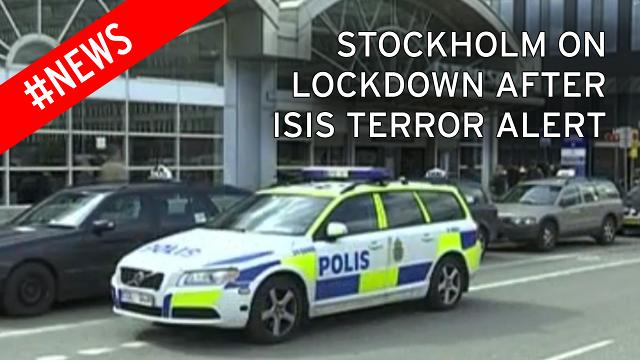 This is a tale of two immigration policies in what is supposed to be a Masterpiece Society. The years of 2015 and 2016, so long ago when considering a wonderful system of inclusion, brought us 2017 - the year reality caught up with progressivism. This is a tale of a Scandinavian country:  white, blonde, and progressive. The “white” and “blonde” only add a degree of contrast, though such features are irrelevant; only the “progressive” is germane.

While rejecting God and Western values, they believed that multiculturalism would fill the void. It did not. This relatively new religion of multiculturalism created a false sense of superiority, which deteriorated into sacrificing their own citizens to a new god. English newspaper columnist Katie Hopkins reports that Swedish rape victims have been urged, forcefully, by feminists to not report the crimes they have suffered. To tell their tales is to risk upsetting the balance of multiculturalism, the humanistic god. This god was supposed to fill the void created when Western values were thrown out. It did not.

Something had to fill the void. Shove out the conservative, Christian, Western world, and something would fill the empty space. Islam abhors a vacuum - or rather, Islam finds a vacuum. The progressives did not foresee that their mecca of women’s rights would be confronted by the formation of a northern Mecca.

Sweden did not create a vacuum in 2015 and 2016, rather its exceptionally liberal policies reached a nadir- a zenith, to the natives. Sweden has been progressive for decades. To tear down a building, or in this case, a nation, brick by brick is an exercise in a sort of painless, invisible failure - until other bricks begin to fall. Then the pain begins.

To understand what Sweden has become, follow the logic of a prosecutor who did not proceed with charges for “incitement to racial hatred,” a crime in their country, against a Syrian national:  “(The ISIS flag) is not an expression of disrespect towards any ethnic group (because ISIS is) against everyone except those who belong to ISIS.” Well now, that is technically true.

Had this column decided to pursue the direction of crime statistics, getting at the truth would have been difficult. Recall that after President Donald Trump saw a story on Fox News about Sweden and subsequently tweeted about it, a former Swedish prime minister rushed to Twitter to mock our president and the current government feigned shock. The Swedish government is careful to only project a happy, cozy, safe Nordic life.

When arguing safety in the European North, the Swedish government prefers to mix together all violent crime, which appears to be falling, and to provide commentary in order to convince outsiders that everything we hear is wrong. Consider this quote from a government website, explaining why we should ignore the rioting and rapes committed by Muslim immigrants:  “It is estimated that there are a few hundred thousand people in Sweden whose roots are in predominantly Muslim countries. But this figure says nothing about how many are religious or not.” Apparently, the government takes the position that there is only one way to find out about commitment to one’s Islam, but of course, then it is too late for citizens not from “predominantly Muslim countries.”

If the Swedish government’s statistics are accurate (and there is good reason to question whether we have been given the full picture), they have taken in approximately 325,000 immigrants since 2013, or roughly 3% of their 2012 population. Three percent is such a small number until one considers that this number represents 325,000 people who bring their own culture and are either less willing or completely unwilling to assimilate. Suddenly 3% is irrelevant; 325,000 becomes a lot of potential violent problems for the other 9 million souls.

This is the equivalent of the United States taking in 9.6 million Muslim refugees in four years. The culture would not be devastated - yet.

The Daily Mail (UK) reported that, since 2012, approximately 300 people have traveled from Sweden to join terror cells throughout Europe, making Sweden the top European exporter of European terror. The Boston Globe has reported that 140 of these terrorists have returned to Sweden. The Independent (UK) describes Sweden as having the largest number of ISIS fighters in Europe, per capita. The Daily Mail reported that just in Stockholm, there are 3,000 illegal aliens who have been denied visas.

This is where the story of two immigration policies picks up:  from the insanity of 2015’s immigration numbers and 2016’s policy initiatives, to a new resolve stated by the current Prime Minister following the recent truck attack in Stockholm.

In October of last year, the Independent reported that the city of Lund decided it best to integrate ISIS fighters back into society. The reasoning? You don’t want them to be criminals, do you? They offered these terrorists housing, jobs, education, and other benefits. To do otherwise would be to “abandon” them. Swedish officials were deadly serious.

The city of Malmo was one of three other cities considering welfare for returning terrorists. Swedish officials can deny all they want, but Malmo is known around the world for having a rapidly developing Muslim immigrant problem. In short, the Muslims do not wish to assimilate. They are not interested in becoming part of Sweden. They are vocal in their intentions:  they are there to conquer.

Now, four dead Swedes later, Prime Minister Stefan Lofven has seen the light which can lead his country away from immigration folly. In the aftermath of the April 7 terrorist attack, PM Lofven has declared that his country will “never go back” to the dark days of 2016 and those days prior. Referring to the wide open year of 2015, when his country took in 160,000 immigrants, he said, “Sweden will never go back to the (mass immigration) we had in autumn 2015. Never. Everyone who has been denied a permit should return home.”

Fortunately, the death toll was only at four. Yes, four too many, but when considering the bomb that did not explode - a bomb which contained gas canisters, chemicals, and nails - four was a relief. Better to see blonde heads bobbing up and down in flight away from the crashed truck than a river of red through the middle of Stockholm.

It is too early to know whether PM Lofven will carry the day; whether decades of progressive views can suddenly lurch in the right direction; how those who thought welfare for terrorists was a good idea will now respond. This is Sweden, where the government explains away the rape of women merely as a reporting difference between their own nation and other nations around the world, and rapes committed by Muslim immigrants are downplayed, lest the ideal society face exposure, a revelation of its flaws. In Sweden, the Masterpiece Society takes precedence over rapes, ungrateful coddled terrorists, and disintegrating dreams of what could or should be.

If Sweden does not change course soon, forget “white” and “blonde;” “progressivism” will have been wiped out - with blood.