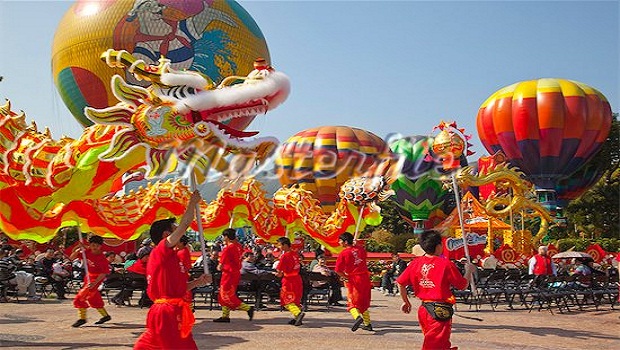 China is one of the oldest, largest, and most complex nations. Emperors were supposedly the descendants of powerful dragons, and the influence of Confucius has survived over 3,000 years. It is the most populous country in the world and one of the least understood. Pundits are scratching their heads about the inscrutable results of recent meetings between President Trump and Premier Xi Jinping.

More people live in China than any country in the world, with a population of 1.3 billion. China is vast, bordering Afghanistan, Bhutan, Burma, India, Mongolia, Nepal, Pakistan, Tajikistan, and Vietnam. Hong Kong and Macau have autonomous borders.

After the American Revolutionary War, The Empress of China sailed from the United States to open trade with Canton. When Mao Zedong overthrew Chaing Kai-Shek in 1949, the American Embassy was moved to Taiwan.

Mao Zedong’s communist Red Army executed teachers, doctors, and educated people. Peasants were arrested, villages were destroyed and their people relocated, and books were burned and outlawed. Mao died in 1976.

President Richard Nixon and National Security Advisor Henry Kissinger sought diplomacy to end the Vietnam War. There were no diplomatic relations with Mainland China. Nixon hoped that China would pressure the North Vietnamese, when he made a historic visit to the People’s Republic of China in 1972.  Nixon and Kissinger continued secret meetings with Chinese Premier Zhou Enlai. President Jimmy Carter formally recognized the Peoples Republic of China in 1979.

Deng Xiaoping became the leader after Mao. Deng incorporated free enterprise, political, economic and social reforms, and restored stability and economic growth. The Tiananmen Square massacre in 1989 dwarfed his image, although his leadership was critical to China's revival. China pivoted to a socialist economy, under Jiang Zemin. Hu Jintao replaced Jiang until 2012.

Premier Xi Jinping’s current leadership swept billions of investment dollars into China, with enormous foreign assets. China is a leader in global manufacturing. China is the largest market for everything from cars to mobile phones. This year Boeing built its first overseas plant for 737’s in China. China will need 100 Boeing 737’s each year.

Chinese multi-billion dollar companies build bridges, canals, buildings, and railroads around the world. Chinese operations are found on every continent. One of these is the 300-mile railway between Nairobi and Mombasa.  The slow overnight train trip takes 12 hours. Passengers are cautioned to stay inside, because in places the train is so slow that lions have pulled riders off. The new ride will take 4 hours.

Currency manipulation charges, that China suppresses the Yuan to make exports more competitive, have been leveled at China since Mitt Romney first ran for president.

China’s intentions and military power in Asia and the South China Sea cause tensions. China, Taiwan, Vietnam, Malaysia, Brunei, and the Philippines have advanced competing claims for territorial rights and for the rights of oil and gas reserves.

The U.S. Department of Defense has warned that China is modernizing naval vessels, increasing the numbers of its submarines, and building aircraft carriers. To expand its outer boundaries China is constructing artificial islands in the South China Sea.

China's theft of military secrets from the United States through cyber espionage has been unchallenged for years. China is developing aircraft which rival the United States F-35 Fighter. New classes of missiles, hypersonic glide vehicles, and surface to air missiles are being developed. Advanced cruisers and destroyers are in process. Intercontinental ballistic missiles can carry nuclear payloads. It has the world's the largest military ground force.

Satellites for military and communications, meteorology, and electronic intelligence are assumed to be peaceful. However, antisatellite capabilities such as directed energy weapons, satellite jammers, and antisatellite missiles are among China’s space assets.

In early April, the USS Carl Vinson Carrier Strike Group, with 7,500 personnel, was heading toward the South China Sea for exercises. Reports regarding threats from Kim Jong Un caused it to be diverted to North Korea, and the carrier is coordinating operations with Japanese Naval Forces.

Administrations have different views of China. President Obama appeared to see China as an amicable economic power with increasing military capabilities. He did not confront China on its cyber espionage, claims to territories in disputed areas, or currency and trade manipulation.

A meeting between Trump and Xi produced pliability regarding currency manipulation. Reports are unconfirmed that if China will use their leverage in dealing with the nuclear saber rattling from Kim Jong Un, the charge of currency manipulation would be taken off the table. Liberals portray this as breaking a campaign promise. Conservatives feel it is an artful deal for safety.

Is China a peaceful paper tiger or a dangerous fiery dragon?  President Trump must look behind the artfully painted mask to discover the truth.