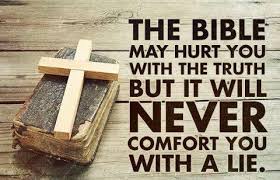 Christ thrust His Disciples into the world despite dangers, difficulties, diseases, and death and many were faithful to His cause. However, since men are fallen creatures, there were some who wavered in their faith and some who totally rejected their faith and even became advocates for evil.

The early church leaders lived close to the time of Christ and the apostles; plus, they staunchly defended the faith against the first major heretics. However, even they, with their commitment, courage, and character also harbored error and even strange, scandalous, and silly teachings.

The Gospel of Thomas, (unknown author) as early as A.D. 40, ran off the rails by commanding nudity during baptism! “Jesus said: ‘When you unclothe yourselves and are not ashamed, and take your garments and lay them beneath your feet like the little children (and) trample on them, then [you will see] the Son of the Living One, and you will not be afraid.’” Jesus didn’t say that!

It seems they removed their clothes out of fear that a demon might hide inside a fold and be baptized with them! Silly and scandalous teaching so early in church history.

The First Epistle of Clement to the Corinthians (A.D. 95) stoops to pagan mythology when it declared, “Let us consider that wonderful sign [of the resurrection] which takes place in Eastern lands, that is, in Arabia and the countries round about. There is a certain bird which is called a phoenix. This is the only one of its kind, and lives five hundred years.” Even such notable non-Christians as Herodotus, Lucan, and Pliny the Elder, along with Isidore of Seville (a professing Christian) propagated that same error! Some even said that the bird is resurrected after each life and can live 1400 years!

It is amazing what sane, educated, and professedly orthodox people believed and please note that Clement was bishop at Rome and knew the Apostle Peter. Some say Peter consecrated him as bishop yet Clement thought the Greek phoenix was a fact! Unbelievable!

Justin Martyr (died 165) declared, “And then, when Jesus had gone to the river Jordan, where John was baptizing, and when He had stepped into the water, a fire was kindled in the Jordan.” There is no fire in the Gospel account, just water.

Incredibly, Martyr also indicates that the "true religion" predated Christianity. He declared that the "seeds of Christianity" (manifestations of the Logos acting in history) actually predated Christ's incarnation as unknowing Christians! Heresy from Martyr! This notion allowed him to claim many historical Greek philosophers including Plato and Socrates as unknowing Christians! Since personal salvation requires a choice, there cannot be any “unknowing” Christians. Furthermore, while dying, Socrates ordered a cock to be sacrificed to Aesculapius–the Roman god of healing.

This same heresy was taught by Clement of Alexandria (who died 215) that Greeks were saved through philosophy! “Before the coming of the Lord, philosophy was necessary for justification to the Greeks; now it is useful for piety...for it brought the Greeks to Christ as the law did the Hebrews” (Miscellanies 1:5 A.D. 208). He also taught that Christ's promise of salvation is available to all, even those condemned to hell!

Clement declared, “By striving to imitate Christ, man can achieve salvation.” Say what! He suggested that Christ is neither male nor female, and that God the Father has both male and female aspects. Please note that Clement was an early pastor at the church in Rome!

Tertullian, who died in 240, taught that dedicated Christians would not have false hair, wear colored garments, have gold and silver vases, downy pillows, eat white bread, take warm baths, or shave the head or beard. In fact, he taught that to shave the face was to lie against our own face and was an attempt to improve on the works of the Creator. He taught that there is no public entertainment which does not inflict spiritual damage. He also taught, “Without baptism, salvation is attainable by none.” So, Tertullian taught baptismal regeneration!

Origen, considered one of the most alert, astute, and active minds of the early church, even castrated himself thinking he was obeying Matt. 19:12! Gibbon wittily commented, “As it was Origen’s general practice to allegorize Scripture, it seems unfortunate that, in this instance only, he should have adopted the literal sense.”

Self-castration! I would not call Origen alert, astute, and active, but dumb, dumber, and dumbest.

Origen declared, “It is not possible to receive forgiveness of sins without baptism” (Exhortation to the Martyrs 30 A.D. 235). Here was another famous early church leader who taught baptismal regeneration!

Origen rejected the literal teaching of Scripture asserting that the reader would find many passages in the Gospels that were untrue events! He believed God had created other worlds and would do so again in the future. Origen was another mixed-up dude!

One of the most famous early church leaders was Augustine who declared, “In the Church, therefore, there are three ways in which sins are forgiven: in baptisms, in prayer, and in the greater humility of penance.” He even went further to teach baptism of infants! “The custom of Mother Church in baptizing infants is certainly not to be scorned, nor is it to be regarded in any way as superfluous, nor is it to be believed that its tradition is anything except apostolic” This famous theologian declared, “The sacrament of baptism is most assuredly the sacrament of regeneration.” Not according to Scripture.

In 420, he declared, “Baptism washes away all, absolutely all, our sins, whether of deed, word, or thought, whether sins original or added, whether knowingly or unknowingly contracted.” How do followers of Augustine handle his teaching of baptismal generation?

Augustine said, “It is better that men should be brought to serve God by instruction than by fear of punishment or by pain. But because the former means are better, the latter must not therefore be neglected…Many must often be brought back to their Lord, like wicked servants, by the rod of temporal sufferings, before they attain the highest grade of religious development.”

By that teaching, Augustine laid the foundation for the bloody Inquisition in Europe by the Roman Church in dealing with “heretics.”

Modern Christians must ask some questions: Is it possible to be a born-again person and hold some of the teachings revealed here? And remember that some of these men gladly went to their deaths for their faith. If a local pastor or seminary professor taught what Origin, Justin, and Tertullian believed, would he be fired peremptorily? Have Christians down through the centuries been too quick to accept a preacher or teacher because of his impressive preaching, pedigree, and personality? Has there been massive failure on the part of pastors and seminary professors to rebuke, exhort, and contend for the faith? What responsibility do laymen have in challenging a pastor who preaches strange, scandalous, and silly beliefs? Isn’t it time to get back to what we have professed: we teach only what the Bible teaches?

Maybe historian Will Durant provided the answer why the early church ran off the rails so quickly when he wrote, “While Christianity converted the world, the world converted Christianity, and displayed the natural paganism of mankind.” Faithful Bible preaching would have kept early Christians on the right track and it will do so today.