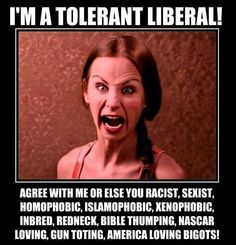 This quote, often falsely attributed to originating with Winston Churchill (it was actually paraphrased by many from John Adams to George Bernard Shaw) still comes closest to illustrating the contemporary difference between today's Liberals and Conservatives.

Emotionally, Liberals never left the warm, nurturing cocoon of childhood and idealism. Their ability to see the world and deal with reality perpetually remain stuck somewhere between grade school and college.

They have either never learned or outright rejected the notion that eventually you have to go out on your own emotionally and accept the fact that the world is the way it is and not as you would like it to be.

Don’t believe me? Then try this.

Remember those kids who were the last ones to give up belief in the Easter Bunny and Santa Claus? Go look them up today. Chances are they are liberals.

Remember the kid who was mad because he didn’t get picked first or the kid who was always running to the teacher to make things ‘fair’. Yup - that kid is today's liberal. In fact, they are probably a liberal activist and lobbying every day to get another restrictive law passed to make someone else do what they want under the guise of being ‘fair’.

Have you ever tried to have an adult argument with a liberal? If so then you know it is a hopeless cause. Because while you may argue from fact, reason, and logic, they are immovable in their conviction that because they want their belief to be true, and it should be true, then it must be true - despite all evidence to the contrary. So no matter how many facts or rational arguments you bring to bear they will never accept that there is no Santa Claus because if there wasn’t, there should be. And when they finally run out of arguments they will, just as they did as children, put their hands over their ears and scream, “I’m not listening.”

Just turn on the nightly news and watch the liberal outrage group of the moment marching around in circles and chanting the emotional pablum nursery rhyme-type chants they learned on the playground. For instance, compare the anti-Trump chants with the ones you heard in third grade that usually ended with, “nah, nah, you stink.” Come to think of it, that’s probably one they still use.

And conversely, have you ever seen any conservative groups marching around in circles and screaming mindless schoolyard chants or shrieking obscenities with vagina hats on their heads?

And there you have the biggest problem. While most conservatives I know would love to engage in a meaningful, intelligent, adult debate with liberals, I don’t think it can ever happen. Because to put it bluntly, it’s like an adult trying to carry on a meaningful conversation with someone whose emotional world view has never matured enough to accept the harsh adult world of reality.

So just like you can’t be mad at a child who is not capable of dealing with life on an adult level, I think that conservatives have to accept the fact that you’re not going to be able to rationally debate a liberal. They are simply not emotionally equipped for it.

On the other hand, there is always hope. Because remember that most children eventually grow up to be responsible adults. Maybe some day liberals will too.