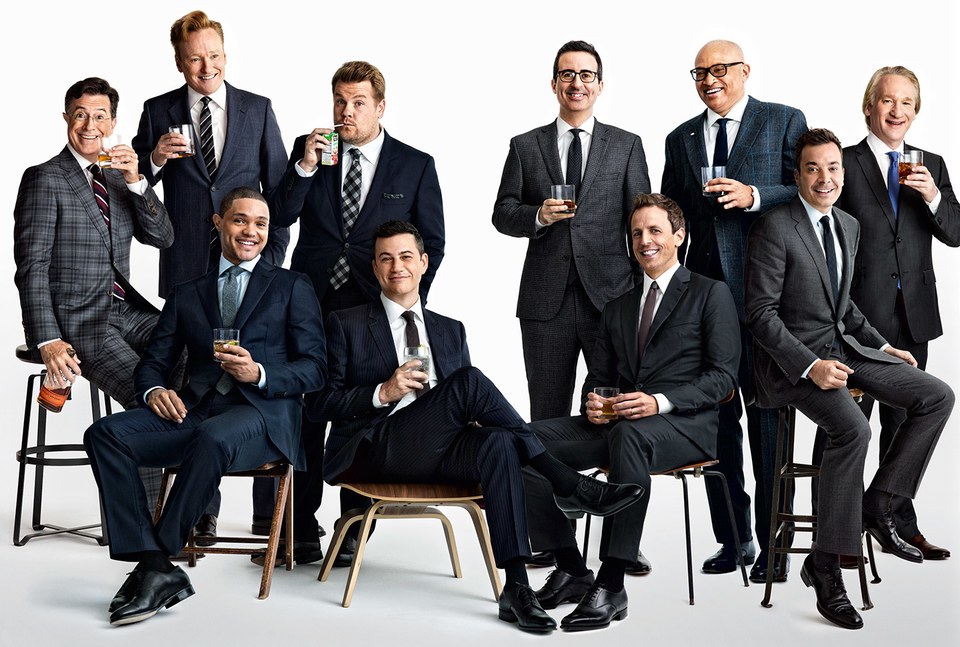 Have the purveyors of what passes for humor on the late talk shows regressed to the emotional level of eight-year-olds? (...with all due apologies to eight-year-olds.)

When I first heard about the kerfuffle involving late night TV show host Stephen Colbert, my first thought was, who the bleep is Stephen Colbert? Well, a quick perusal of the internet told me that he is apparently some sort of a comedian who somehow got a late night talk show where apparently the programming objective is to insult and make fun of everyone who does not belong to the Alt-Left.

And don’t get me wrong. I have no problem with comedians, insults and making fun. I’ve even been known to lob occasional verbal ‘grenade’ myself from time to time when the privileged and pompous stop pontificating long enough to take a breath.

No, I’m all for humor. I only have one request: Please make it funny!

Because it seems like the current batch of what passes for cutting edge humor and satirical wit on these late night shows, apparently peaked in the second or third grade when they discovered the electrifying affect that the words; “you stink”, and “doody head” had on their playground audience. And they likewise seemed to have retained just about the same level and sophistication of wit which they now use nightly in their frothing, scatological monologs which are quite frankly so childish that they would embarrass the average middle-schooler.

So why then do they all get TV talk shows?

Well, that one is easy. Because the network executives who pick programing are part of the same “liberal” crew who have deluded themselves into believing that what used to be called, “Sophomoric humor” (back when I was actually a sophomore) is somehow the cutting edge of satire.

The same way that the hysterical frothing rants of the self-described “Mainstream News”, are not really news. The petulant, spite-filled babblings of the left’s version of bold iconoclastic humor are not bold, nor iconoclastic and sadly, they are not humor.

So then why do these shows appeal to the network coveted 18-49 year old demographic? Or do they?

Well, the answer is yes and no. In all forms of broadcast media today, just as in politics, Liberals seem to be more interested in playing to their base than expanding it. And if you were to judge by the level of sophistication of humor (as well as political argument) the only conclusion you could draw is that liberal humor seems to revolve around a classic case of arrested development.

I mean seriously folks, listen to Hollywood, TV, Media, or political figures try to engage in humor and you’re left with only one conclusion. It has more in common with a grade school playground than satire directed to adults.

Hmmm… So if you think about people who march in circles, chant mindless slogans, shout down everyone who disagrees with them and find childish grade school name calling a worthy substitute for sophisticated humor, is it any wonder that they thrive on the “mainstream networks”.

Obviously not. But maybe those of us who believe that there should be an alternative to infantile ravings should encourage a network like Fox to find a host for a late night show who would be interesting, provocative and something that none of the pathetic crew who have replaced truly entertaining personalities like Jay Lenno, are definitely not: Funny!