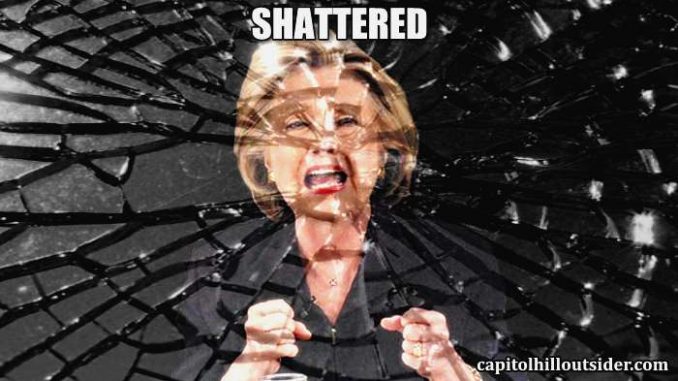 “You know as well as I do, that plenty of people playing this game, they don't think that way. They're willing to sell their souls, crawl through sewers, lie to people, divide them, play on their worst fears for nothing! Just for the prize [to become a U.S. president].” – Jack Stanton (a.k.a. “Bill Clinton”), played by John Travolta, from “Primary Colors” (1998)

In light of the other option, the clear-minded are thrilled that Donald Trump is president. Deliciously, he finds himself ensconced in the Oval Office while Hillary trolls the woods of Chappaqua, New York - a relegated political has-been too briefly put out to pasture. (Ah, if only she had stayed in the thicket. Without a hint of the grace demonstrated by defeated French presidential candidate Marine Le Pen, Mrs. Clinton has re-emerged to absurdly join the “Trump resistance.” With the power of the office behind him, it's utter lunacy for her to assume she'll be more successful now.) In hindsight, she ran on sheer superficiality: name recognition, her gender, and an unstated message of entitlement. Given her (and Obama's) non-existent record of accomplishments, she could not run on issues or vision as Mr. Trump successfully did. So, she took Jack Stanton's low road described above, political polarization:

“You know, to just be grossly generalistic, you could put half of Trump's supporters into what I call the basket of deplorables. Right? The racist, sexist, homophobic, xenophobic, Islamaphobic—you name it. And unfortunately there are people like that. And he has lifted them up.” – Hillary Clinton at a New York City fundraiser on September 9, 2016

Her hollow narrative and divisive strategy were not nearly enough. The Electoral College results made this plain. Speaking of being grossly generalistic, the Clintons have always been about themselves. That's precisely the unintended message Hillary's campaign loudly proclaimed. Didn't her ego-centered, gender-specific slogan “I'm with her” say everything? Contrast that with President Trump's Reaganesque “Make America Great Again”.

Beyond his obvious love of country—as transparent as Hillary's is absent—one logically suspects Mr. Trump initially ran for the presidency on a lark. He's pleasantly surprised (as his supporters) to find himself in the job: “Hey, I'm president! Can you believe it?” While he naturally wanted the gig, unlike Hillary, he didn't need it. Herein is another important difference between the two.

A new political tell-all, “Shattered: Inside Hillary Clinton's Doomed Campaign” by Jonathan Allen and Amie Parnes, is making the rounds. Like Marley's ghost to Richard Cohen's Scrooge, this exposé has compelled this Washington Post columnist to write his own shallow Hillary postmortem called “The reason Clinton lost.” As shell-shocked as her most ardent supporters, this partisan begrudgingly acknowledges that it was supposed to be “her turn.” He can articulate no other rationale for her candidacy: “As a mental exercise, I tried to come up with a message myself: “Hillary Clinton—because she’s not Trump” is the best I could do. As it turned out, she could do no better.” That's because there was nothing else. In the final analysis, Mrs. Clinton ran for the highest office in the land simply because she felt she deserved it.

The skin-deep analysis of this award-winning investigative reporter—and four-time Pulitzer Prize finalist for commentary—is little more than pro-Clinton gossamer and anti-Trump spit. What of Cohen's sanitized description of Hillary as “a cold and somewhat distant Midwestern archetype” and “a politician with no gift for politics”? For real-life context, would anyone hire an auto mechanic with no innate ability to fix cars?

Along these lines, he insults the reputation of Walter Mondale by comparing her to him. Yet, Hillary has none of the former vice president's decency or warmth. Moreover, she lacks his governmental competence (read: As Secretary of State, Hillary's department lost 6 billion dollars) or the gravitas of an elder statesman (read: Hillary's “Russian reset”: her humiliating plastic red button stunt). In fact, their only relevant connection is the shared stain of two Democrats who failed to attain the White House.

Inconvenient truths regarding Hillary are barely mentioned by Cohen, or ignored entirely by him. For example, he minimizes “Server-gate”—a Nixonian scandal on steroids—as “a historically trivial matter.” So, Mrs. Clinton's illegal use of private email servers—that likely put American operative lives at risk by exposing national security secrets to foreign powers and/or bad actors—is no big deal? Beyond that, what of her ever-changing inconsistencies that amounted to boldfaced lies to the American people? Furthermore, what of “Charity-gate,” the influence-peddling of the now defunct Clinton Foundation? Kool-Aid drinker Cohen doesn't even bring it up.

He bases his missive on a few personal moments spent with her, finding Hillary “fresh, irreverent and funny”. Well, can't anyone be snowed with a false impression during a brief interaction? Behind the scenes, via day-to-day experience, it's well known that potty-mouthed Hillary's personality is cruel: a shrew in the extreme. Hers is the Secret Service's punishment detail: the worst assignment to be had. But when one wears Mr. Cohen's rose colored glasses one sees what he wants to, right?

On that basis, Columnist Cohen contends, “But [Hillary] Clinton’s great failing, the book—not to mention the election itself—makes clear, was her inability to fashion a message.” What a coy, cloying criticism for such an obviously fundamentally flawed candidate! Likewise, his juvenile conclusion that “She lost, and a fool won” is equally petulant and misleading. Candidate Trump—a first-timer in the political sphere—was just “lucky” to best 16 traditional Republican candidates, plus Hillary in the general election? By any fair measure that's more than the randomness that luck implies, that's genius.

Salt of the earth swing state voters in the economically depressed Rust Belt (that she basically ignored during her campaign) got unlikable Hillary's “coal miner” message all right: they didn't matter to her, so she didn't matter to them. Thus, in their wisdom, they made the better choice: Donald Trump. Richard Cohen should respect that despite his raw disdain for this president. It turns out this political dinosaur doesn't get "the message."  Neither does Hillary, an amoral person unworthy of sycophant Cohen's empty rationalizations.