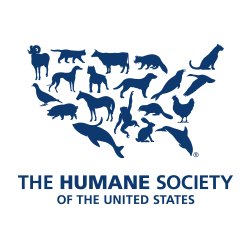 I was leafing through a magazine the other day and I spotted an ad with a picture of a fox. The caption under the picture read,” He needs his fur more than you do”. The ad was sponsored by the Humane Society. I thought, “How presumptuous.”  How would anyone know if an animal would need anything more than a human being and what relevance would such a presumption have on the interests of the human being? For instance:  A fur farmer or a trapper might need the fur for his survival. A person might need a fur coat to keep warm or even to be in fashion. These are legitimate human needs and/or desires. Human desires and needs trump perceived animal desires or needs; otherwise priority on perceived animal needs and desires would take away human choices. Taking away human choices for the perceived needs and desires of animals then requires an answer to the question, "Why are the choices of some humans sympathetic to animal life given priority over the choices of people who want to utilize animals for the benefit of human activity?"

Only a moral argument could be used to substantiate such a claim, but it must be a moral argument that has validity. The argument from need has no such validity. The argument that the neediest must be honored is based on the premise that the downtrodden, the underprivileged, the helpless, the proletariat, are somehow more worthy of whatever is produced or desired than those who are producing and enjoying. This was the classic Marxist argument: To each according to his need, from each according to his ability. The ethics of the Soviet Union showed us what that meant in practice and how it was doomed to failure. The Humane Society has not examined its premises, and utilizing the same moral premises as the Soviet Union, wants to impose its wishes (either by guilt or by law) in the name of animals instead of the working class as the Soviets claimed.