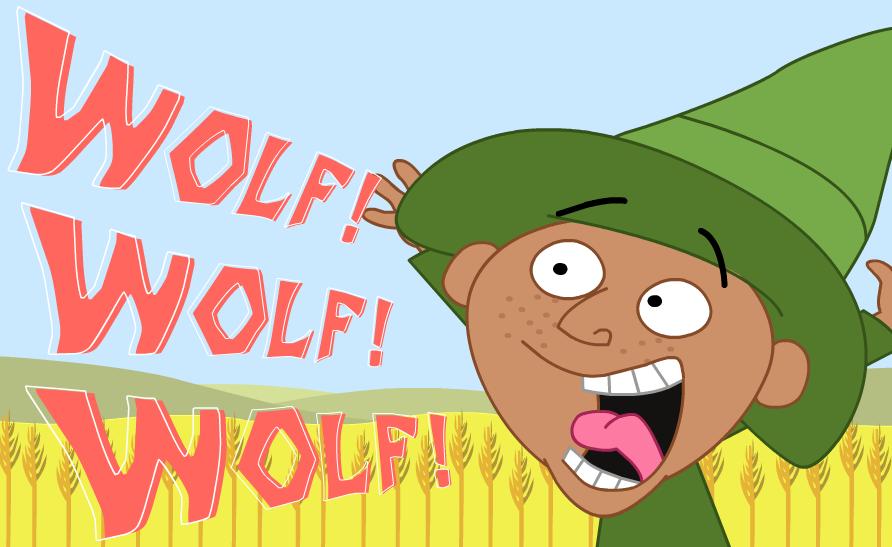 I’m sure that as children we all heard the famous fable of the “Boy Who Cried, 'Wolf'”. So then it won’t be too far a stretch to parallel the moral of that tale to the Democrat Media and Congressional children who have been screaming, "Trump is guilty of…" (fill in your own apocryphal hysteria, and I’m sure that they’ve said it).

So just like the child in the old folk tale, how long will it be until the villagers (us) get wise to the fact that Dem’s perpetual hysteria can’t, and shouldn’t be taken seriously?

And believe it or not, that presents all of us, not just the frothing wolves of Democrat/Media establishment, with a problem. What if it’s ever true?

As one who has little faith in government, and even less in the men that that occupy the positions of power, I believe that all of them need to be closely monitored by ‘we the people’ to ensure that they concentrate on successfully carrying out the duties that those who elected them voted for.

So if Trump actually did something in the future, I would want to know about it and be able to have all appropriate oversight taken.

And that is the problem.

Because after the mindless babbling and frothing hysteria launched on an hourly basis by Dems and the DNC media, how can we ever believe anything they say. I mean before the Comey/Russian thing, they wanted Trump impeached because he took two scoops of ice cream!

So how in the world can they expect us to take anything they say about Trump seriously?

And while I think that the Dem leadership is clever and slick talking - in a used car salesman sort of way - I think that if they really wanted to succeed in taking Trump down, rather than merely harassing him on an hourly basis, they should muzzle their snarling partisans in the media as well as congress and back off the daily hysteria until they can actually find something that might be…real.

Until then I think that all they are doing is making us villagers tune out their constant cries of 'wolf' as the childish antics they are. Let's just hope that that real wolf never shows up.