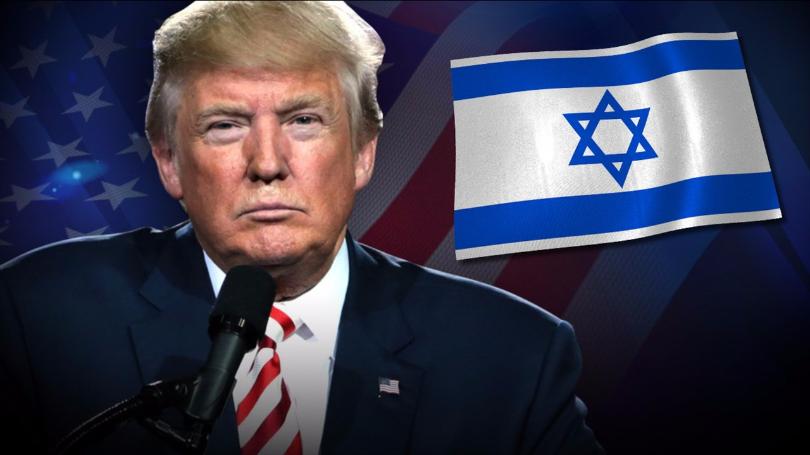 Why is the Trump administration backing off of the President’s rather definitive campaign declaration to move the American Embassy in Israel from Tel-Aviv to its rightful place in Jerusalem?
I’m trying my best not to condemn Trump and his people for not doing what he promised (and he did promise), right off of the bat, but I am beginning to wonder and worry on a growing number of campaign promises, just what has changed from campaign to White House.
Now, despite me writing a fair bit about Israel, I don’t have any particular love for or peculiar fetish regarding the tiny nation. But as most of us are, maybe I’m just a big fan of underdogs.
Every movie ever made about the oppressed, singled-out, or otherwise unnecessarily put-upon underdog, finds those who view, cheering for the little guy.
And it’s always the same story. The underdog is just that. He or she is weaker, slower, smaller, disabled, not as intelligent, etc. - but somehow, in the end, finds a way to prevail. It’s the story of David vs. Goliath told over and over again in hundreds of ways.
But not all underdogs are cheered. One, in particular, evokes the opposite emotional response from many. Of course, this is the aforementioned Israel. The only nation hated by more of the Globe than the United States of America.
And maybe that’s why we conservatives have such an affinity for this particular underdog. They are despised more than are we.
But there is another reason why Israel garners such love and respect from us, and simultaneously, such blind hatred from both the left and Islamists. Israel is the only underdog in history that can and has kicked the butt of all comers.
As conservatives and rugged, individualist American patriots – this is what we love and respect. And this is why the rest of the world hates Israel – a hatred born entirely of petty jealousy. I mean, other than the whole Islamist desire to kill all the Jews, just because they’re Jews, thing.
How dare a puny little slice of land, filled with nothing but pigs and dogs, be able to consistently kick so much Arab behind. It’s not fair. It may not be – but this is what happens when a free people goes to war against an enslaved people. Freedom wins. Just another reason why we favor and they hate Israel.
So what has changed over a matter of months – other than we now have President Trump instead of candidate Trump? Does President Trump suddenly have policy disagreements with candidate Trump? Who is he – Sybil?
Mark Levin wondered the same thing on his May 15th radio program.
Trump, as we know, is making a trip to Israel, among many other places. Mark says he doesn’t know what the President is doing. “He’s [Trump] going to the Wailing Wall, which is arguably their most important site. There’s a report in Israel that one of the president’s senior people over there – when asked if the Prime Minister of Israel can accompany our President to the Wailing Wall – he raised his voice and he said this is not in Israeli territory,” says Levin.
Mark, rather dumbfounded, said: “Excuse me. The Western Wall is not in Israeli territory. Well, where is it?”
Well, Mark – that’s a good question. And a better one is what the heck happened to Trump? His people have taken to calling Judea and Samaria, the so-called “Occupied Territories,” Palestine. There is no Palestine, except in the fantasies of the Islamists and United Nations Jew-haters.
And frankly few of them give a serious care whether there is or is not a Palestine – or any home for the Palestinian people. If they did, other Arab nations would have accepted them into the fold long ago.
Last year on the campaign trail, there was literally a contest between Trump and Ted Cruz of which was more pro-Israel. We heard repeatedly that, of course, Trump loves Israel. His son-in-law Jared is Jewish and his daughter Ivanka is a convert.
But now, while the new peaceniks in the White House want “to listen to all interested parties,” and appear to be buying into the bullcrap fantasy of a “peace agreement,” Senator Ted Cruz reiterated his position on the Western Wall and Jerusalem. He tells Conservative Review that, “The Western Wall is part of Israel, and Jerusalem is the eternal and undivided capital of Israel.”
“The Texas senator’s statement follows statements from three separate Trump administration officials refusing to say whether the Western Wall in (Israel’s capital city of) Jerusalem is part of Israel. The wall is one of the holiest sites in Judaism, and it’s visited by thousands of Jews from all over the world each day.”
Copyright ©2017
Read more by Brent Smith
Tweet