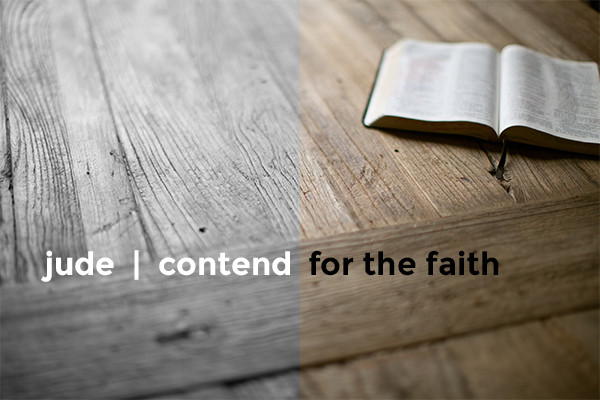 Timothy was bishop of the Ephesus church and disciple of the Apostle Paul who trained him to be a church leader. In A.D. 97, as the pagans were about to celebrate a feast called Catagogion, a festival in which they carried images of pagan gods through the streets, Timothy, severely reproved them for their ludicrous idolatry. For his faithful witness, they beat him with clubs, and he died two days later. Timothy was contending for the faith as every Christian is expected to do. He was compliant; his attackers were contentious, combative, and criminal.

Gibbon reported that the proconsul Pliny had published a general edict against unlawful meetings and Christian leaders thought it prudent to suspend their agapae; “but it was impossible for them to omit the exercise of public worship.” Christian leaders were willing to cease their feast but refused to stop their worship services. They were not being rebels, but being faithful Christians.

What would modern pastors do under the same circumstances? They would fold like a cheap suit.

Irenaeus reports that Polycarp, a disciple of the Apostle John, once met the heretic Marcion in the street and Marcion asked, “Do you recognize me?” “Indeed,” replied Polycarp, “I recognize you as the firstborn of Satan!” Evidently, Polycarp was not interested in building bridges.

Once, when the Apostle John walked into a public bath, he heard that Cerinthus, a famed leader of the Gnostics, was already within. John immediately grabbed his belongings and fled from the place, saying, "Let us flee, lest the bath fall in, as long as Cerinthus, that enemy of the truth, is within!" John was obedient, not obstinate, or obnoxious.

Committed Christians are willing to confront error, challenge it, and contend with it to the point of conflict. They are not mean-spirited or bigoted but are simply obeying the One who converted, called, and commissioned them.

"Judge Not!" is the battle cry of those who use it as a smoke screen to secretly, safely, and surely retreat from the truth. Truth is seen as "unloving" by those who reject it and refuse to repent. It is a fact that right is right, even if nobody believes it; and wrong is wrong, even if everybody affirms it. During the time when almost everyone (except knowledgeable Christians) “knew” the world was flat, the fact is it was not flat. Even the experts were wrong. It is better to stand for truth and be alone than stand for error with the crowd.

Friedrich Nietzsche wrote, “You have your way, I have my way. As for the right way, it does not exist.” Nietzsche was wrong as usual.

It was common in past years for people of all persuasions to defend their beliefs when challenged by an opponent. But now it is considered to be contentious, confrontational, and crass to contend that you are right and others are wrong. We have been brainwashed into thinking there are many points of view but there is no “right” view or a “wrong” view. Usually, a Bible-believing Christian’s view is not considered valuable, viable, or virtuous by the shallow, the stubborn, and the scorner.

The reason for such a novel concept is that if there is a “right” and a “wrong” then someone must make the judgment. But that requires an authority that honorable people can depend on for support. That authority is God, and His Word is absolute–so there is “right” and “wrong.” That concept drives liberal unbelievers up the wall.

If the world was ever wrong, it is today, and churches are failing.

While tolerance is an admirable attribute, it never trumps truth. The Bible does not teach love and tolerance but love and repentance; however, most people think how they feel is as important as truth. It is not.

Moreover, we have been told that a genuine Christian never judges because no idea is any better than another. However, in I Cor. 2:15, Paul declared, "He that is spiritual judgeth all things." In fact, it is cowardly to refuse to make judgments, but one must do so carefully because he will also be judged.

Do I have to remind you of Paul’s clear instructions to Christians? Christians have an obligation to confront doctrinal error. II Timothy 4:2 commands us to “Preach the word; be instant in season, out of season; reprove, rebuke, exhort with all longsuffering and doctrine.” If a preacher never reproves, rebukes, or exhorts, he is disobeying a holy God. It would be interesting to hear him justify his (or her!) disobedience?

Titus 1:9 commands us: “Holding fast the faithful word as he hath been taught, that he may be able by sound doctrine both to exhort and to convince the gainsayers.” We are told in Titus 2:15: “These things speak, and exhort, and rebuke with all authority.” Most preachers only comfort, commend, cajole, console, and compromise!

They have sold out.