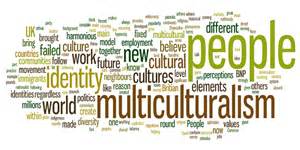 Of course, as is always the case, when 'the elites' whine and demand something that makes the world less safe and ties the rest of us up in knots. Have you noticed how they make sure they exempt themselves from it, behind their establishment shield of wealth, power, high walls, gated communities, and armed guards? No guns for you and me, though.

The latest example of the privileged fiddling while the rest of us burn was the latest outrage of the attack on and murder of innocent children in Manchester. And while the average person was stunned, shocked and grieving, here’s what George Stephanopoulos, former Clinton apparatchik and DNC news anchor for ABC told his fellow DNC network correspondent Martha Raddatz. Out of all of the horror that this despicable act unleashed apparently what “worried” George was that that this might provoke a “backlash” against “multiculturalism.”

Really George? That’s what you and the “mainstream media" elites think is important?

Could someone please hold the bucket while I throw up?

And that is a prime example of the problem that we face as a society. Whether out of the disconnect that their wealth and privilege brings the elites or out of a guilt that their own hypocrisy engenders from lecturing the rest of us, they tune out the real world results of their smug philosophies.  While they live in luxury, the elites from academia, the media, and Hollywood have perpetuated the corrosive myth that we can all live in separate, insular little groups, each with its own cultures, laws, and values who are openly, and often violently hostile to each other.

And what historically has been the result of this everywhere it's been tried?  A downward spiraling set of hopelessly Balkanized countries slowly descending into lawless and economic chaos.

Looked at with an unbiased eye there is no example throughout history of separate, hostile cultures sharing the same space with the final result being peaceful and harmonious living. Look at how long they’ve been trying in the middle east.

“Ah, but what about the United States, the great ‘melting pot'," you say?

And that is the key to the whole thing. A country needs to be a melting pot, where many different cultures come willingly to adopt the culture and values of the country they’ve chosen - not to set up separate, hostile colonies where they speak their own language and keep customs antithetical to the society they claim they want to belong to.

Most of us in America have stories of our ancestors coming here from other countries, often speaking, as many of mine did, different languages and with strange customs.

But none of those immigrants ever insisted that America learn their language or print the applications for voting or government assistance (had there even been any) in their native language. What would be the point of that? They came to this country because they were dissatisfied with life and opportunity in the old country and saw America as a new start and better life. And while they kept the best of their old customs in their home life, they never looked at them as being superior to, or a lifestyle opposite, of that of their adopted new homeland - because they all had something in common. They wanted to be Americans.

Unfortunately, that is not the migration we see around the world today. We see instead what are often hostile occupations of cultures that despise the countries that have taken them in.  In fact, these host countries bend over backwards trying to accommodate their demands under the perhaps compassionate but certainly misguided banner of multiculturalism. And sadly, by any reasonable measure, it is not working. Most often the only result has been anger and violence from the separatist cultures along with frustration and chaos for the host country.

Well then, who does Multiculturalism actually benefit?

Once again only the elites at the very top, who through a warped sense of their own privilege feel that these groups will be easier to control and manipulate for votes to keep them in power, wealth, and importance at the top of the pyramid. Where because of their lofty positions, they will be able to escape the chaos and dissolution that crumbling of society will have on the rest of us. But I wonder - will they consider that the next time they venture out to go to a concert or some other public event?

So could someone (with more patience than I) please explain that to the elites? That is if they ever let you in past their armed guards into their walled and gated communities.