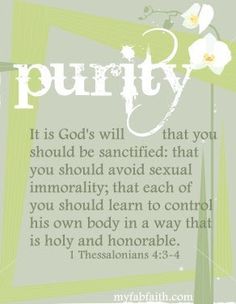 I can’t win this argument, but then I’m used to that. (I can’t even express the title to this column without tying my tongue in a square knot!)
I can’t help but be sympathetic for everyone in this situation: A senior girl at a Christian School in Maryland got pregnant and was refused permission to walk at graduation with her class to receive her diploma. It would be sent by mail in a few days.
She thought about getting an abortion but changed her mind. Good for her. A prolife group has come to her defense and objects to the school policy not permitting her to participate in the graduation ceremony. But they are supporting the unsupportable.
Maddi Runkles said that when she discovered she was pregnant earlier this year she had the support of her parents and her church when she chose life instead of death for her baby. It is good she had that support for choosing life, but surely they did not support her immoral behavior. She is to be commended for choosing life, but Maddi should be confronted, corrected, and censured for breaking school rules and God’s rules. They’re there to be obeyed, not broken.
It is understandable that parents support their children (although they should not support bad behavior), but it is incredible that her church would support her - other than for her decision to refuse an abortion. Every Christian church should be holding the line for the highest personal behavior.
Furthermore, Maddi “discovered” she was pregnant but that is disingenuous. It’s almost as if she had nothing to do with the pregnancy! One “discovers” he or she has cancer, diabetes, or a tumor, but pregnancy is a normal result of frequent sex. It is discovered only in the sense the rabbit died.
It is astounding that her parents and church would support her over their school. The media reported that even though she chose life, “Her school, however, chose to punish her.” No, her school chose “to hold her accountable for her immorality”–for her own sake.
Note that the onus is put on the school, not the perpetrator - but then it is easier to blame a school rather than a person.
Her parents should have responded to her sad news by saying, “Sweetheart, we love you and you will always be our daughter but you know you did wrong. We discussed the dangers of premarital sex and you made a bad choice. You knew the school rules and the consequences if you broke those rules. We are delighted that you chose to not kill the baby and that showed character, but choosing to be immoral showed a lapse of character. This is not the end of your life and we will help you and welcome our grandchild into our home until you get settled in a job. We forgive you just as God has forgiven you. However, we also love the school and want the best for them and the cause of Christ; so the best thing would be for you to take the initiative and voluntarily follow the school handbook’s disciplinary consequences without forcing the school administrators to address the issue.”

Maddi says that the punishment is unfair and more severe than other punishment for breaking other rules. She suggests in-school suspension or suspension from school athletics. While some corrective chastisement would be appropriate for talking back to a teacher or fighting, sexual immorality is something else. Besides, while she may have an opinion, she has no vote as to what discipline is appropriate.

She said, “They’re seeing my actions as worse because there’s a visible consequence to it.” But no, the fact that she is getting bigger each day with the growing baby has nothing to do with the discipline. The issue is immorality not the pregnancy. No sane person places any blame on the only innocent person in this incident–the baby.
Maddi avers that other students are immoral but are not being punished because they are not pregnant. Of course, if that is true (which she does not document), it does not justify her but does condemn school officials for such unequal treatment.
School principal David Hobbs said, “A wise man told me that discipline is not the absence of love, but the application of love.” He also said, “We love Maddi Runkles. The best way to love her right now is to hold her accountable for her immorality that began this situation.” Hobbs is exactly right.
Maddi said, “There has to be a way to go about it where you’re not making girls feel shamed for choosing to give her baby life.” No, they should feel shamed for choosing fornication. When faced with the choice, they should be proud to choose life for the baby. Again, the issue is not choosing life, but fornicating.
Kristan Hawkins of Students for Life said, “When we heard about Maddi’s situation, we wanted to not only help her, but also show all of her peers at the school, and in schools across the nation, that choosing not to have an abortion is a good thing and should be supported as such, not made into a cruel embarrassment.” Surely, Kristan is being disingenuous because the issue is not abortion but disobeying a very clear command. And it seems as if many are telling Maddi that her decision not to abort ameliorates or absolves her of sin.
Hawkins said. “Not allowing Maddi to walk in her graduation ceremony sends the message that being pregnant in a Christian school is an embarrassment that should be hidden away.” It is not a matter of “being hidden away,” it is a matter of “not being paraded.” A girl getting pregnant (or a boy causing a pregnancy) is an embarrassment to any school, especially a Christian school. At least it should be. What has happened to a sense of shame?
The social media has overwhelmingly supported Maddi and castigated the school officials. Of course, if there were others doing the same thing without the results of pregnancy then all fornicating students should be expelled. If not, why have any rules? What kind of message does a church or school send if illicit sex is on the level of talking back to a teacher?
I think the school showed too much grace in sending her a diploma. Frankly, Maddi got off too easily. She had little disciplinary action for her sin and breaking the school standards. Many Christian schools would not have permitted her to graduate.
I was the administrator of a large Christian school for eight years, and would have expelled her as per the handbook when her behavior was discovered. After all, it is a Christian school.
This issue reflects that many so-called Bible-believing churches have been seduced by this present evil age where truth and principle don’t matter. These church leaders have been convinced that the Bible is about tolerance and love but they are wrong. The message is tolerance and repentance and love.

Maddi, her parents, and her supporters are being praised for fighting back and standing up for what is “right” but the praise is misplaced. Their support for immorality is proof that it is always easier to fight for one’s principles than to live up to them.
Maddi failed to live up to what she professed to believe but she did learn that actions bear consequences. It wouldn’t hurt for all of us to be reminded of that truth.
Copyright ©2017
Read more by Don Boys, PhD
Tweet