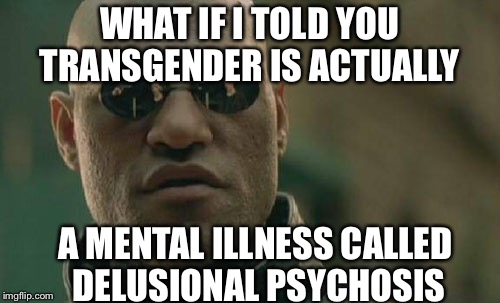 A George Soros-funded organization calling itself the National Center for Transgender Equality (NCTE) held a conference on May 25 to celebrate 14 years of existence, while preparing “to continue the fight for trans equality.” Sponsors of this special event included Amazon, Facebook, Google, and the CIA.

“The CIA was one of more than thirty organizations that sponsored an event hosted by the National Center for Transgender Equality on May 25,” confirmed Jonathan Liu, a media spokesperson for the CIA Office of Public Affairs. “Our recruitment and hiring efforts are consistent with federal law.” He referred this journalist to the CIA’s public website regarding the CIA’s policy on diversity and information about its employee groups, including the Agency Network of Gay, Lesbian Bisexual, and Transgender Officers and Allies (ANGLE).

Honorees at the event included Gavin Grimm, a gender-confused female student who identifies as "male"; Vanita Gupta, the former Obama Justice Department official who led the effort to force transgender bathrooms and locker rooms on schools as a condition of funding; and Gunner Scott of the Massachusetts Transgender Political Coalition (MTPC).

The CIA was listed as a “bronze” sponsor for $1,000 or more in contributions to the event.

It’s not clear how all of this sexual diversity helps America identify and defeat its foreign enemies.

The CIA has hosted National LGBT Pride Month during the month of June for 20 years, and celebrates the “Stonewall Uprising” of June 1969, “when a courageous group of citizens at the Stonewall Inn resisted harassment and mistreatment.” In fact, the “uprising” was an anti-police riot at a Mafia-run New York City gay bar, the Stonewall Inn. The police who raided the place were getting complaints about homosexuals having sex on the streets and in public bathrooms, and their use of illegal drugs.

For those who still need convincing that transgenderism threatens the health and well-being of society, we suggest the important Gatestone Institute article, “The Gender Obsessed West Sets Itself Up for the Rise of Islam,” by Italian journalist Giulio Meotti. He describes the “gender mania” that is permeating every corner of Western societies and culture as a sign of the decline of Western civilization in the face of an escalating Islamic threat.

Former U.S. President Barack Obama’s years were marked by an “obsession” with transgender rights, Meotti points out. “Obsession with gender is a convenient distraction to avoid facing matters that are more difficult and less pleasant,” such as radical Islamic terrorism.

It was supposed to be different under Trump. CNS News reported that Pompeo, a conservative Christian before he took over the CIA, spoke at a church event in Wichita, Kansas, and declared that radical Muslims want “to wipe Christians from the face of the Earth.”

The challenge for Pompeo is clear: rather than hire and promote transgenders in order to satisfy some quota in Obama CIA Director John Brennan’s strategic hiring plan, the CIA’s job is to identify the Islamist enemy, gather intelligence on their plans to kill us, and stop them.

Of course, if Pompeo does the right thing for his agency and the country, he will face the wrath of those companies—such as Amazon, Google, and Facebook—that co-sponsored the transgender celebration conference with the CIA.

He has to know that Amazon’s Jeff Bezos owns the anti-Trump Washington Post. And Pompeo knows he could meet the same fate as Trump’s Army Secretary nominee Mark Green, who was forced to withdraw when the liberal media, acting as the mouthpiece for the LGBT “community,” portrayed him as a hater because he dared to recognize transgenderism as a mental illness.

A special CIA booklet on the ANGLE group at the agency notes that when the CIA began polygraphing employees in 1948, it included a question on homosexual activity in order to identify gay employees for dismissal. That question is now considered old-fashioned.

The booklet confidently declares that an article in the International Journal of Intelligence and Counterintelligence refuted “any correlation between homosexuality and espionage.” We now have the real life case of Bradley/Chelsea Manning, the convicted Army traitor and intelligence analyst whose espionage sentence was commuted by President Obama. Manning was a male homosexual before declaring himself a woman, wearing lipstick, and taking taxpayer-funded voice lessons to sound female.

Another question that has become irrelevant is whether potential employees were ever members of, or advocates for, the Communist Party. We know that question has lost its relevance because Obama CIA Director Brennan admitted, when applying for a job at the agency, that he had voted for the Communist Party candidate for president one year. He got the job anyway, and became CIA station chief in Saudi Arabia on his way up the ranks.

Perhaps an organization of communist CIA employees is now being formed and will come out of the closet.