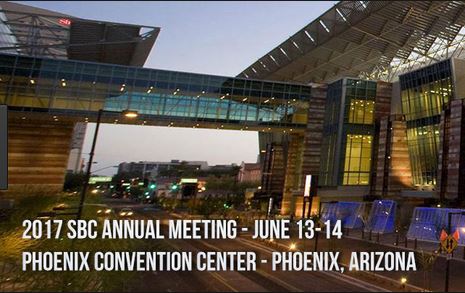 The Southern Baptist Convention (SBC) has had many successes and some failures, and faces more of both in my opinion. The SBC boasts of fifteen million members in 46,000 churches. More than a thousand churches have joined the convention since 2010! That makes it America’s largest “Protestant” denomination; and one indication of its weakness is not protesting being labeled "Protestant."
Their successes are numerous such as the large number of impressive churches, colleges,  seminaries, and orphanages; many quality hospitals; and a disaster relief agency. Their failures have been mainly in the area of liberalism in their schools. To their credit, a few years ago, conservative leaders made a valiant effort to take back the SBC from liberals who controlled it. They were surprisingly successful since that had never happened in history.
Today, their problems are numerous such as the corrupt colleges; decline of baptisms; reformed theology; wine-bibbing pastors and members; ordained women preachers (over 1,225); and insurrection of younger leaders noted for their leftist theology and left wing social positions–a problem in all religious groups.
Unfortunately, the International Mission Board (IMB), known as the Cooperative Program, is millions of dollars in the red. Dr. David Platt is head of the IMB and oversees about 9,000 missionaries, but the IMB has not been able to pay the bills in recent years; hence, their attempt to entice Independent Baptists into their fold. Platt announced in Sept. of 2015 that they would “reduce the total number of our personnel…by 600-800 people over the next six months.” He admitted that the IMB had spent “$210 million more than people gave to us” since 2010! How does an organization overspend $210 million? And what about hundreds of missionaries who were removed from the field because of financial irresponsibility?
The impersonal cooperative missions program of the SBC is partly responsible. Seldom do SBC church members get to meet their missionaries, pray for them by name, or send them birthday and Christmas cards - because a faceless, impersonal program takes care of SBC missionaries. A few SBC churches also support missionary families from various Baptist mission boards.
The biggest boat-rocker and wave-maker in the SBC is Dr. Russell Moore, Executive Director of the Ethics and Religious Liberty Commission (ERLC). Moore seems to have a natural inclination to poke sticks into the eyes of traditional SBC leaders as when he suggested that Trump supporters came from the “Jimmy Swaggart wing” of evangelicalism and that Southern Baptist leaders who met with President Trump were “drinking the Kool-Aid.” Evidently, Moore has not read the book, How to Win Friends and Influence People.
Moore angered many white conservatives when he wrote. “The man on the throne in heaven is a dark-skinned, Aramaic-speaking ‘foreigner’ who is probably not all that impressed by chants of ‘Make America great again.’” We might ask the reverend if “Black Lives Matter”; “Sharia yes, Democracy No!”; or “America, go to Hell!” and similar chants impress “the man on the throne”! And what does Moore think of those chants?
Much of Moore’s strong support comes from the 4,000 mostly black congregations in the SBC. They especially liked his stand on the SBC’s decision to “repudiate the display of the Confederate Flag.” Moore wept tears of joy at that decision. Moreover, the black pastors showed their appreciation for Moore when the president of the SBC’s National African American Fellowship, recently defended him in an open letter to the Baptist Press.
Moore had a major lapse in judgment when he filed a religious-liberty brief in favor of a New Jersey mosque, poking most SBC pastors in both eyes.
With the annual convention of the SBC taking place in Phoenix this month, the long knives are out, but then maybe that is not a proper metaphor in a Christian context. A better choice would be that some of Moore’s critics will have their Bible verses ready. I believe the treatment of Moore may determine the direction and even threaten the cohesion of the SBC in the very near future.
Last year, 49 SBC churches left the convention which is far more than the six or so that leave each year. Some of those that don’t leave are snapping shut their checkbooks, something that gives denominational leaders perpetual heartburn and keeps them awake at night. According to Christianity Today, “more than 100 churches threatened to end their donations to the SBC’s Cooperative Program” because of their dissatisfaction with Moore.
The prestigious Prestonwood Baptist Church, served by former SBC president Jack Graham, stated that they would escrow up to one million dollars that would normally go to the Cooperative Program. Remember that the Cooperative Program has been printing red ink for many years.
The Washington Post reported that Frank Page, former president of the SBC and now chief executive officer of the SBC, recently met with Moore and would not rule out the possibility that Moore would be asked to resign.
Watch closely this month when the SBC messengers convene in Phoenix. I’m not sure Baptists will bring long knives to the convention, but for sure, they will bring their well-marked Bibles: Tit. 2:15: “These things speak, and exhort, and rebuke with all authority.” And Eph. 5:11, “And have no fellowship with the unfruitful works of darkness, but rather reprove them.” II Tim. 4:2: “Preach the word; be instant in season, out of season; reprove, rebuke, exhort with all longsuffering and doctrine.”
Dr. Russell Moore may be touted in Phoenix as an illustrious religious leader or be standing in the unemployment line–with a handful of sticks for future eye-poking!
Copyright ©2017
Read more by Don Boys, PhD
Tweet