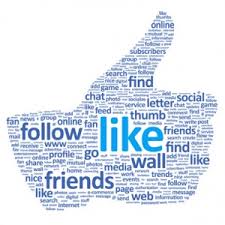 The question is, does social media reflect America or has it shaped America? Perhaps the question lacks an answer, but terse, cutting remarks are the norm these days. It’s hip – allegedly. The anonymity – in some cases – and lack of face-to-face communication – in other cases – emboldens people to exhibit behaviors beyond socially acceptable norms. Rather ironic for “social” media.

In some cases, people simply shed the limits of normalcy, which are nothing but chains to their warped ways. Social media provides the platform for them to be their perverse selves. Kathy Griffin and her outlandish “beheading” photo of President Trump comes to mind. We already knew she was a vicious, despicable human being. Twitter just provides an outlet for her antics.

On Facebook, where users get to wax not-so-eloquently using 10 million words or less (give or take), the arguments grow long-winded and personal. The next William F. Buckley writes his quadruple-column-length screed about the finer points of the differences between the impeachment of President Andrew Johnson and the current calls for impeachment of President Trump by some Democrats. Quit snoring, will ya?

And it was all written without a single bathroom break.

Twitter, with its limit of 140 characters, is a rancorous world – in little snippets. People quite frequently express themselves in “R-rated” assaults, and it can get even worse. The only perils for discipline on Twitter are making violent threats or being so conservative that it gets on the nerves of the Twitter rulers. Well, that last point is not official, but it is apparent that the Twitterverse is a biased world. Conservative hashtags rarely trend and often are difficult to find.

The positive aspect of social media is that everyone has a voice. The negative aspect is that too many people don’t know when to shut up.

The Left does a better job of maintaining a social media presence. On numerous occasions, politicians and advertisers have been frightened by what appears to be a public outcry. The most recent example occurred when Sean Hannity discussed obvious concerns about the murder of DNC staffer Seth Rich. Fortunately, USAA figured out, evidently, that only a few faux-wounded souls were truly upset by Hannity upsetting the DNC.

For those who are drinkers, the best advice is, don’t do social media when drunk. When I read the tweet of a Colorado sportswriter after the Indianapolis 500, uncomfortable with a Japanese man winning the race just a raw 77 years after the war with Japan ended, I had no doubt he would lose his job. The tweet was foolish, but any statement, harmless or filthy, that offends the Holy Trinity of Liberalism – Race, Gender, and Sexual Identity – will bring unholy annihilation onto the head of the offender. The sportswriter may not have been drunk, but he should have been. At least then he would have had an excuse for his foolishness.

This is the era when a person can lose a job for not being in agreement with the liberal establishment. Outside ideas need not be thought, let alone spoken or written.

Today, political correctness is no longer simply modern liberalism, it is a license to be offended:  to find a sentence, a word, a mere inference discerned by the listener or reader, which ostensibly causes pain – to someone, somewhere. One does not have to be a part of the offended group to be offended. These days, a rich white guy can be offended on behalf of a protected or even newly discovered minority. That’s offense enough to summon the Thought Police. Social media fits right in, perpetuating the imagined offenses. Never mind that the offended will later call someone with whom they disagree every offensive name imaginable.

The anonymity of social media also brings such silliness as the “unfriending” (like we were friends in the first place) or blocking of another person simply for daring to disagree. Shallow people cannot handle being challenged; the world is populated by a lot of shallow people; only people who live in this world occupy social media; ergo, you just got blocked. But we were “friends!” Apparently not.

When Evan Williams, the co-founder of Twitter, said, “If it’s true that he (President Trump) wouldn’t be president if it weren’t for Twitter, then yeah, I’m sorry,” he was essentially apologizing for allowing public figures to have a voice without the filter of the mainstream media. Once upon a time, these members of the media were journalists; today they are merely advocates. Without social media and other alternative media, untold amounts of information would never find its way to average citizens. True, misinformation and unwarranted conspiracy theories also disseminate without filters, but cannot the same charge be made against the so-called mainstream media of 2017?

Freedom is messy. To suppress fake news, be it from the Left or the Right, by government force, is to sanitize freedom to the point that people are no longer free. To silence the left-wing Muslim who is popular amongst liberals on Twitter and is coyly anti-American (her avatar is of a red, white, and blue hijab-wearing woman) is to weaken the Republic. To apologize for daring to allow a political candidate to speak without going through the “proper” channels is to demean the credibility of our political system and to insult the intelligence of voters.

The impact of social media is that we have, in this Information Age, a segment of our population that possesses useless information but the ability to succinctly insult others. Mockery reigns. Ignorance is heralded. Yet, at its core, it is freedom. Messy freedom, but freedom nonetheless.

Which came first? Social media, or an uninformed, emotionally sensitive, rude society? To quote a failed presidential candidate, ‘what difference, at this point, does it make?’ Our society is both better off and worse off because of social media, yet – perhaps – social media is the result of our decaying society. But there are evenings when I wonder whether it’s the other way around.

If you disagree with me, I won’t block or unfriend you, but 3,800 of my closest friends just might.