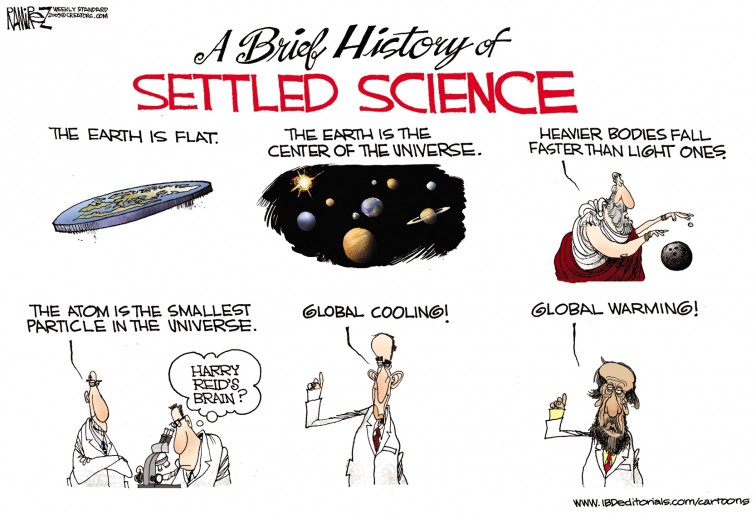 The case against carbon dioxide can only be examined by those who are sufficiently informed about the nature of scientific investigation, theory development, and validation or rejection of theories.

Yet it is estimated that only 2% of the US population has earned a degree in one of the sciences or in engineering. It should be no surprise, then, that when the discussion turns to science, people often wince and tune out. However, that doesn't mean only scientists are capable of discussing and understanding science intelligently and meaningfully.

A scientific issue that is the topic of conversation by far more people than those who have a sufficient scientific background to critically scrutinize the veracity of its claims is the issue of human-caused-climate-change. Specifically, that issue derives entirely from the premise that increased atmospheric carbon dioxide (CO2) will dramatically warm Earth's climate.

The challenge, then, is to either validate or reject the premise that increases in atmospheric CO2 are a sufficient cause of significant climate warming.

Every scientific theory can be reduced to an if, then construction. In the example of human-caused-climate-change theory, the theory can be stated as if human use of fossil fuels increases atmospheric CO2, then Earth's climate will warm significantly.

Unfortunately, the implications of the theory do not work in reverse (the mere fact of a warming climate does not prove such warming is the result of human activity's impact on rising atmospheric CO2). Nevertheless, such claims are made and offered as "proof" of the theory!

The Scientific Method, Theory and Law

A. Scrutinize the scientific basis of the theory by critically examining the underlying body of known science relating to the theory.

C. Scrutinize the theory by observation to validate the theory's "if, then" construction in nature. This may entail observing effects of long past events for which evidence still exists. For example, cosmic radiation is thought to be evidence of the "Big Bang" theory of the origin of our universe.

D. If the theory fails any of the scrutinization described in A.-C. above, then:

Note that a single failure of the theory (e.g., observation of nature contrary to the theory) is sufficient to doom any theory.

Absolute truth exists in science. Such truths are known as scientific laws. Over time, Newton's theory of gravity derived by his inductive reasoning has been empirically confirmed to the extent that it is now accorded the status of a law of physics.

Summarizing The Scientific Method, it is a means by which every theory is critically and exhaustively examined to either reject, modify, or accept the theory as valid.

The human-caused-climate-change theory, also known as the greenhouse-gas-theory-of-climate-change, also incorrectly called "climate change" and "global warming" is the proposition that additional CO2 gas emitted by human activity burning fossil fuels to provide energy for a modern civilization will lead to "unprecedented" and "catastrophic" climate change that will dramatically increase global temperatures with dire consequences to all life on Earth.

We frequently hear the following:

Yet, the underlying theory has never been scrutinized using The Scientific Method!

Why do you suppose that is?

A scientific theory cannot be validated either by consensus or appeals to authority. The only valid process is a proper scrutiny using The Scientific Method.

Ask yourself, why am I being told an untested theory is "settled science" and "the debate is over" when it comes to human-caused-climate-change?

Does Nature Contradict the Human-Caused-Climate-Change Theory?

It isn't necessary to exhaustively examine each facet of this theory with complex scientific processes in order to reject it. Remember, all it takes to reject any theory i the discovery of a single counter-example in nature. That is, an example where the "if, then" construction fails in nature.