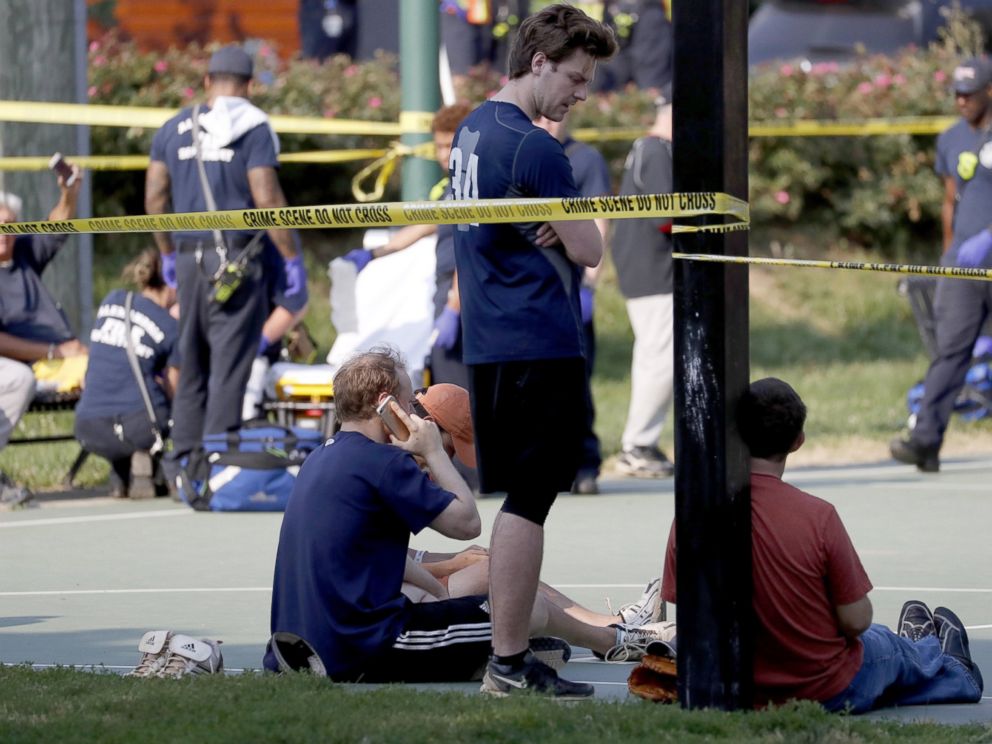 Like everyone I was saddened, angered, and also disgusted by the senseless act of hatred and violence performed by the self-described Bernie-Bro against the Republican congressmen and police.

I wish I could also say I was surprised by the level of violence perpetrated by this partisan, on those who politics he disagreed with. But given the level of hate ramped up by anti-Trump forces led by the “mainstream” media, such a physical manifestation sadly seems almost inevitable. And we now know that this was just the start of his agenda to dispense with any debate and simply “take out” those who disagreed with his leftist philosophy. Sadly, while most of the Dems haven’t yet resorted to this level of violence, there are some who apparently think it’s a good idea.

Wow. Is this the new face of political discourse?

We should be asking, “How have we come to this?” But who could not have foreseen this coming from a century away? Just as the Bolsheviks and Nazis espoused - you can’t afford to have any opposing views. Thus it follows that any action taken to eliminating the opposition is fair game…including silencing them at the barrel of a gun.

For quite some time we’ve all noticed this hate getting out of hand. For instance a recent example was that nasty, bitter left-wing partisan, the unfunny Hollywood Lib “comedian”, who thought holding up a bloody image of the president's severed head was just fine. I wonder if she still finds it funny?

I’m also sorry to say that I noticed the level of partisan rancor from the anti-Trumpers on social media sites like Facebook has actually been increasing since the election. To the point where it seems that many no longer want to have a rational political debate about policy or position, but merely use it as a platform to spew hatred for conservative Americans, Trump, and all who voted for him.

That's why, on a personal note, I have gradually and reluctantly, and in many cases sadly, made the decision to disengage from many of those who seemed to be consumed by rancor and hatred on social media.

And that’s unfortunate because at a time when more rational political debate is needed it makes it hard to know if this tragedy has had any effect on the increasingly violent antipathy the left displays towards all those who don’t follow their own ridged orthodoxy.

On the one hand, as an optimist about the American ideal and it’s capacity to influence the world for the better I would like to think so. But I’m afraid it’s unlikely because I read that even while Congressman Scalise was undergoing surgery the Democrats paragon of 'rational thinking', Nancy Pelosi, was excoriating Republicans. And less than 24 hours after she had gushed for ‘unity’. So much for the new ‘civility.’

So it seems that the government is going to have to reconcile themselves to an irreconcilable abusive ‘love/hate’ relationship.

Republicans try to love the Democrats and they hate them for it.

And given that situation - wouldn’t you, as with a friend mired in an abusive relationship and continually bewildered about how to make it better - try to advise them that the sooner they accepted the hard fact that no matter how far they bend over backward, the other party was never going to like and accept them and nothing was ever going to change?

Thus the sooner they accept that truth and concentrate on doing what is needed to do to get on with life, the better it will be for all concerned? Especially, "we the people."