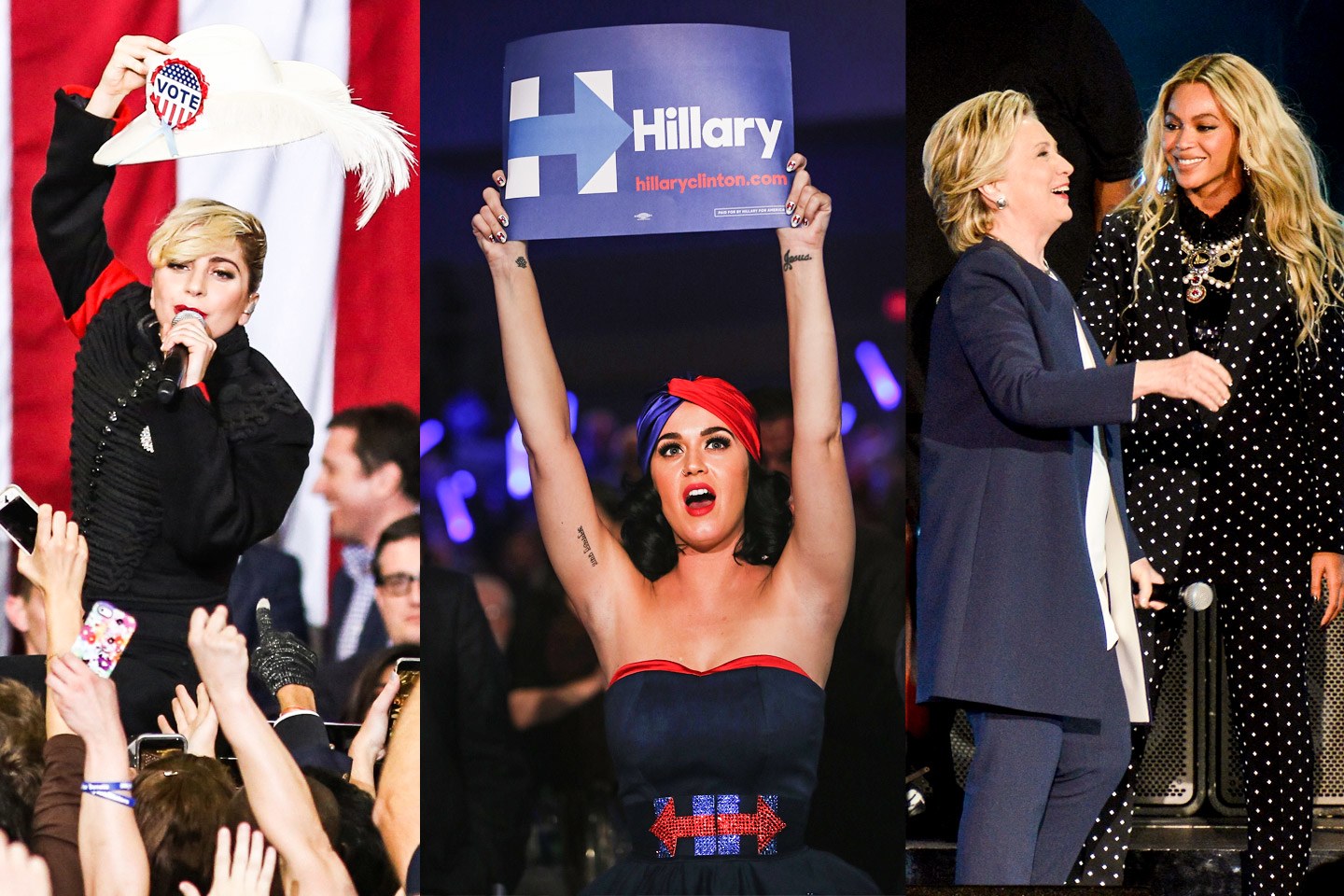 Does any average American give a rats hind side about what some singer, movie star, or snarky media celeb thinks about a political candidate? I mean these pampered elites can’t tie their own shoelaces without a life coach and a support group, so why would anyone in their right mind think that their self-indulgent, self-aggrandizing, and usually brainless babbling was going to sway the political opinions of any intelligent person?

Seriously - do you care what they think? The last time I did was when I was about 14 - which come to think of it, is probably pretty close to the average emotional age of these ‘celebs’ and the Pols that use them. And just because the Dems are the ones who rely on these bubble heads does not necessarily mean that the Republicans wouldn’t if they could. But fortunately for them (and us) Hollywood and the media pop stars loath the Republicans and so ironically prevent them from the joining the sycophantic, odious, Uriah Heap-like, collection of panderers who rely on the spoiled and famous to draw the crowds.

And yet, for all that - what has the left actually achieved with their devotion to this dubious asset?

For the last 20 years they have increasingly relied on the insulated, isolated, pampered, and petulant Hollywood, media, and Pop stars to make their case to the “average” American voter. Only problem? These ill-mannered brats have no connection to the average American voter. In fact they hate, mock, and disparage the average American voter just as much as the Limousine Liberal Democrat elitist, old, white, wealthy, privileged Northeast/Left-Coast Pol does. Which of course is why this could be used as prima fascia evidence as to why left wing Pols keep rolling out the Tinsle-town darlings to espouse their dogma.

So from their point of view it’s understandable…except it’s not working.

Was it not Einstein who said the the truest definition of madness is doing the same thing thing over and over and expecting a different result?

Thus after 5 straight loses under team Schumer and Pelosi wouldn’t you think they might want to cut Johnny Depp, Cher, Rosie, and Cathy ‘what's-her-name’ loose and perhaps attempt to come up with a message that would actually resonate with the working people of America? You know, those ‘fly-over rubes’ they mock who actually make it possible for them and their parasitic cronies to exist?

But that's doubtful. Because their insulated and out of touch positions, where they only speak to one another, make it almost impossible for them to realize just how out of touch they are with the average voter. They just think they need to speak louder and more hysterically and enlist refugees from ‘Dancing with the Stars’ to do the same.

And that’s actually a good thing for the rest of us. Because the more they keep talking to themselves and relying on equally aloof and elitist celebrates, instead of listening to average Americans, the more elections they will continue to lose.

So Nancy, Chuck, 'et al' - please keep the love fest going between you and the pampered, condescending celebrities you rely on to propagate your message.

It’s working just fine for the rest of us.