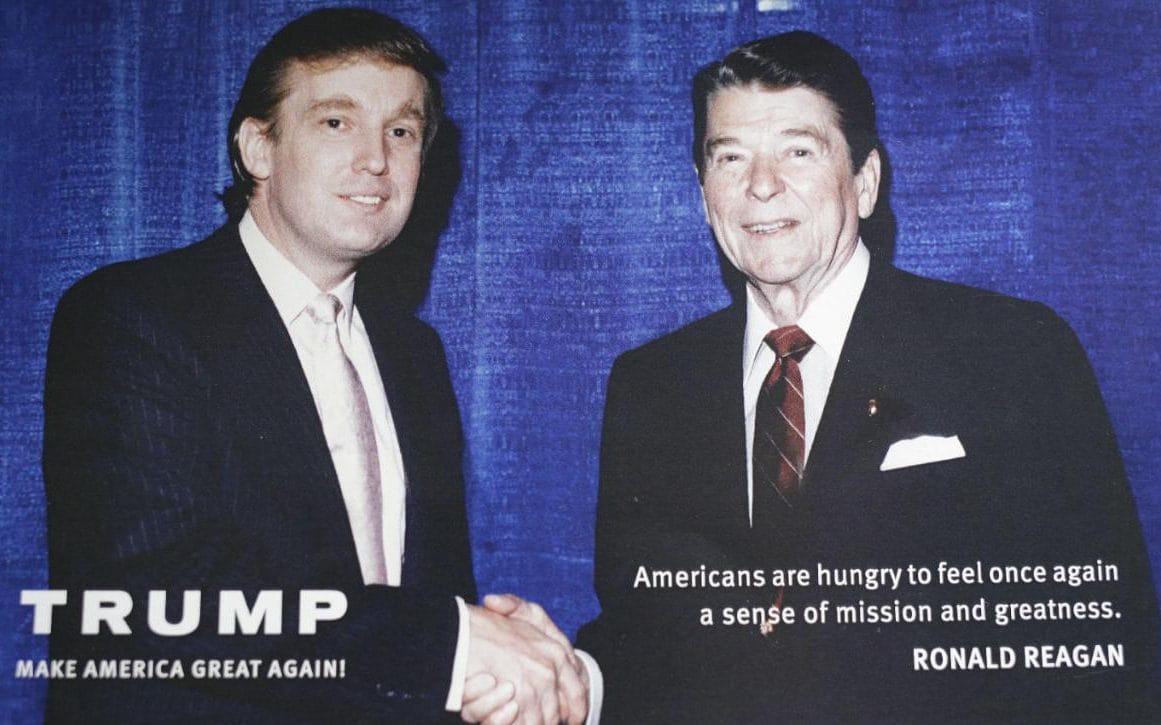 “The Liberals have not had a new idea since the last Ice Age; and nowadays the mark of a true Liberal is not so much his adherence to a coherent agenda but the intensity of his angers and the alacrity with which he urges impeachment proceedings against a conservative president at the least provocation.” – “The American Spectator” editor in chief, author and columnist R. Emmett Tyrrell Jr., “The Conservative Crack-Up” (1992)

The Washington establishment is glacial in its permanence; defined by its “swampy” unwillingness to conform to the will of freedom-loving people who elected a true outsider to the presidency in 2016. Given scribe Tyrrell's above insight, who's not today instantly reminded of Democrats' rabidly anti-Trump rhetoric (abetted by entrenched, weak-kneed Republicans)? For context, his prophetic genius was actually penned over 25 years ago. It refers to liberals' unjustifiable angst over another political upstart: Ronald Reagan. Besides that commonality, Donald Trump has another Reaganesque connection: he appropriated his predecessor's patriotic 1980s slogan, “Make America Great Again”.

In order to “M.A.G.A.”, as “The Great Communicator,” Reagan utilized Oval Office addresses to speak directly to the American people. Thus, he circumvented the cacophony of Washington naysayers, and the largely unfavorable spin of the legacy press. For that same purpose, President Trump uses Twitter, the 21st century equivalent. For his part, Reagan was constantly belittled and attacked for opposing liberalism. Isn't the left's farcical charge of Trump campaign collusion with Russia the same thing? To that end, on June 15th, The Donald tweeted:

“You are witnessing the single greatest WITCH HUNT in American political history—led by some very bad and conflicted people!#MAGA”

Trump's “bad people” have reason for concern: their candidates are 0-5 in special congressional elections. If political hell is an “Ice Age”—a Siberian wasteland for the sidelined—this is squarely where Democrats find themselves. President Trump, as Reagan before him, is leading America despite the raging opposition. Hence, liberals' overblown response, a new political malady known as “Trump Derangement Syndrome”. But, what else are backbenchers bereft of constructive ideas to do? They have reconstituted Barack Obama's buck-passing “blame Bush” strategy: a distraction from their own obvious policy failures.

Combine progressives' toxic track records with their equally hateful rhetoric—as epitomized by the last administration. That, in turn, has inspired their alienated, self-radicalized followers to perpetrate violent and murderous acts. As a case in point, why else would a Bernie Sanders supporter, James T. Hodgkinson, attempt to massacre a group of Republican lawmakers at a Virginia baseball park on June 14th? To that end, Tyrrell's ironically titled Washington Times column of June 21st, “Just another well-intentioned progressive,” addresses that disturbing incident. Once again, his spot-on assessment is both startlingly predictive and illuminating:

"Actually, that Hodgkinson is pretty much a standard-issue progressive ought to give everyone the creeps. … [T]he 'angry left'.... has been on a steady evolution toward homicide like what Hodgkinson undertook last week for years, and there are a lot more Hodgkinsons out there than we care to contemplate.”

What he wrote in 1992 is a snapshot of today's vanquished progressives: all bluster and bravado, signifying nothing. Lacking a platform, their divisive party has rotted to its core. Unless one considers the superficiality of identity politics, or grievance culture, a cohesive agenda. Is it any wonder they're so grossly out of touch in the Trump Age? Clearly, “Resistance” is a slipshod political strategy; as unlikely to bear fruit as their much beloved impeachment fantasy. Besides gridlock and dysfunction, what do they offer? Once again, Tyrrell's prescient words concerning liberals' shenanigans are as true now as they were during Reagan's era:

“They gave themselves over to innuendo, misrepresentation, and slander; and the conservatives sat quietly by with the American people witnessing an increasingly lurid spectacle.”

How is that not a blueprint for progressives' anti-Trump tactics of 2017? Democrats driven around the bend by those over the hill: Hillary Clinton, 69; Bernie Sanders, 75; Elizabeth Warren, 68; Nancy Pelosi, 77 (and for good measure, Joe Biden, 74). For the “iced” left—led astray by political dinosaurs—Tyrrell brilliantly proves the past truly is prologue.