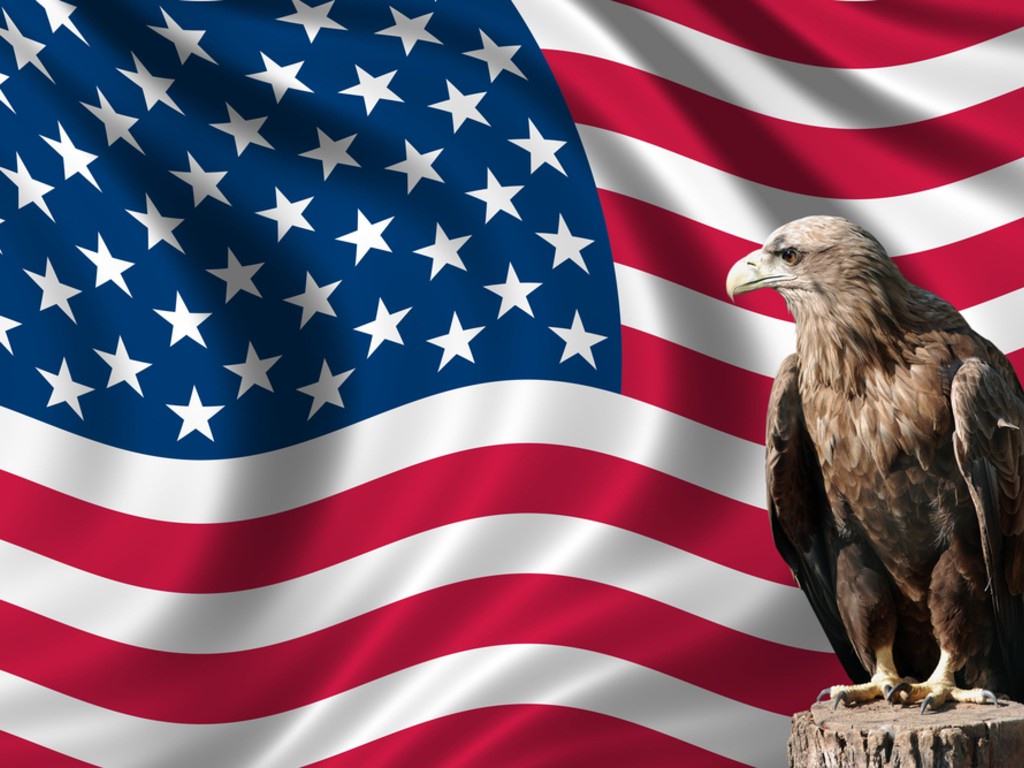 There were five Founding Fathers who became president. Some would say that no – in fact there were six. What about John Quincy Adams? Was he not a founder? No - no he wasn’t. He was the son of second President John Adams, but was only a child of the Revolution.
The five, in order, were, of course, George Washington, John Adams, Thomas Jefferson, James Madison and James Monroe.
It was Divine Providence that brought all these great men together at this exact place and this exact time in history. It was through acts of Divine Providence that the Declaration of Independence and the Constitution were crafted and signed. It was Divine Providence that assisted in the founding of our nation. And it was Divine Providence that God put his final stamp on the founding of the United States, with the passing of three of the five Founder Presidents on the day of America’s declared Independence. And, save for just six days, it could have been four. Actually, I suppose, it wouldn’t be a stretch to really say it was four.
Most of us know of the more than remarkable timing which marked the passing of John Adams and Thomas Jefferson on July 4, 1826, within hours of one another. It’s frankly one of the strangest occurrences in American history. It was just incredible timing that both highly influential founders and former enemies turned friends, would both pass on the 50th anniversary of the founding. It would seem virtually impossible without Divine Providence. Both men lived far beyond the average lifespan of the time, which was 37 years, as Jefferson was 83 and Adams, 90.
Some of Adams’ last words were reported to be, “Thomas Jefferson survives.” For Jefferson, he was said to have twice asked, once on the evening of the third and once just after midnight – “Is it the fourth?” Some say this is proof that the two were just trying to hang on until that day, but others remarked differently.
Daniel Webster, during his eulogy given in Boston for both Adams and Jefferson, said that the fact that both men passed on the 50th anniversary was “proof” from on high “that our country, and its benefactors, are objects of His (God's) care.”
New York Congressman Churchill Caldom Cambreleng said in his eulogy of Jefferson that “The body had wasted away—but the energies of a powerful mind, struggling with expiring nature, kept the vital spark alive till the meridian sun shone on our 50th Anniversary—then content to die—the illustrious Jefferson gave to the world his last declaration.”
Then, just five years later, on July 4, 1831, the last Revolutionary President, James Monroe, passed at the age of 73.
The remarkable “coincidence” was not wasted by the press at the time.
The New York Evening Post, reporting of Monroe’s passing, that it was a “coincidence that has no parallel…Three of the four presidents who have left the scene of their usefulness and glory expired on the anniversary of the national birthday, a day which of all others, had it been permitted them to choose [they] would probably had selected for the termination of their careers.”
The Boston Traveler wrote that, “Again our national anniversary has been marked by one of those events, which it may be scarcely permitted to ascribe the chance.” And the Journal of Commerce noted that, “Thus three of four ex-presidents have died on the memorable Fourth of July and two of them on the same Fourth of July. A coincidence so extraordinary is scarcely to be found in history.”
Three out five is a remarkable coincidence? I think not. I believe it to be more than that.
But what about the fourth, as I mentioned?
It could easily be argued that James Madison was also tied to the Day of Independency (as they referred to it), for he passed on June 28, 1836. On that day, 60 years earlier, June 28, 1776, the final draft of the Declaration of Independence was submitted to the Continental Congress.
Copyright ©2017
Read more by Brent Smith
Tweet