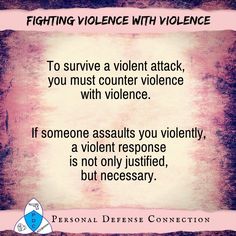 In war, or frankly any military engagement, there are Rules of Engagement (ROE). If there weren’t, things would descend into a chaotic free-for-all. However, one of these rules, which I find particularly abhorrent, is the “don’t fire unless fired upon,” rule. I don’t know what idiot came up with it, but it’s gotten a lot of our boys killed.
I suppose some nimrod, or group of nimrods, decided that this is how we set ourselves apart from and above the savages we are/were fighting. While attempting to remain “civilized” is an admiral goal, it often does not translate to the real world – either on the battlefield or the streets.
How many times have you heard dialogue in some action movie, where one of the stars turns to the other and says, “Johnny – if you do such and such, you’re no better than they are.”
It’s a wonderful sentiment which reinforces most of our desires to be the good guy in the white hat that rides in and saves the day. For in those scenarios, we always want to eventually see the good guy win and the bad guy get it in the end. Yes, we want to see the bad guy get it, but in a righteous way, so the good guy’s image is not tarnished, and we can continue to feel good about him.
Well folks – that’s not the way it works in the real world. In a one-on-one showdown between the good “civilized” guy and bad “savage” guy, the good guy doesn’t often win. And why? Because by definition he is the good guy. And being a “good guy,” means he has established an internal set of ROE. He (us) has pre-established boundaries he won’t cross. The bad guy, the savage, the attacker, has no such boundaries.
In an effort, either consciously or unconsciously, to remain civilized, we actually lose the savage animal instinct we may need to survive an attack. Even the terms we use to describe the two has predetermined the outcome. The bad guy is the attacker or the aggressor. The good, or at least innocent guy, is the victim, or defender of the attack.
Who do you think will prevail in an engagement between an aggressor and a victim? They are called victims for a reason.
Now, what would you do to protect yourself or your family? Most would say - “well, anything.” I would answer – “well, no you wouldn’t.” I know you wouldn’t because for most “civilized” people, the very thought of the savagery necessary to not just survive, but to defeat an attacker is antithetical to society. It’s been bred out of us, for want of a better term.
What’s more, we don’t know how to properly defend ourselves anyway. So we head down to our local gym and sign up for a “self-defense” class. That’s the ticket. A self-defense class will give us not only the tools, but the confidence to take on a would-be attacker.
Ah, but you’d be wrong Daniel-san. It will do little to nothing and may actually be worse than having no “training” at all. Self-defense, as it’s most often taught, gives the student a false sense of security. It does so because while teaching techniques, the environment remains “civilized.” And it must in order to not “scare away” the patrons. If it were taught the way it should be, most would be repelled.
This happened to me only a few months ago. I was doing some martial arts training at the gym. I was approached by the gym manager who happened to be female. I had spoken to her several times in the past and we were friendly. She asked if I would consider teaching a women’s self-defense class. I declined straight away, but she kept pressing, saying that women could really benefit, and that many had requested the gym provide such training.
I then had to level with her, telling her that I would not, in good conscience, teach “self-defense.” I would however teach the ladies how to severely injure, incapacitate, or kill an attacker.
Well, that was enough for her. She was appalled at my attitude - as if I wasn’t taking her request seriously. She even said as much. I told her - quite the opposite. That if the gym was serious about teaching self-protection, they wouldn’t waste their time teaching women something useless.
We never spoke again. And this is the point. She, like most of civilized society, wasn’t prepared to even hear of what must be done to prevail in an attack scenario, much less imagine themselves being the ones to inflict such damage.
But this is what is required for you to be the one that walks away from an altercation without rules.
Copyright ©2017
Read more by Brent Smith
Tweet