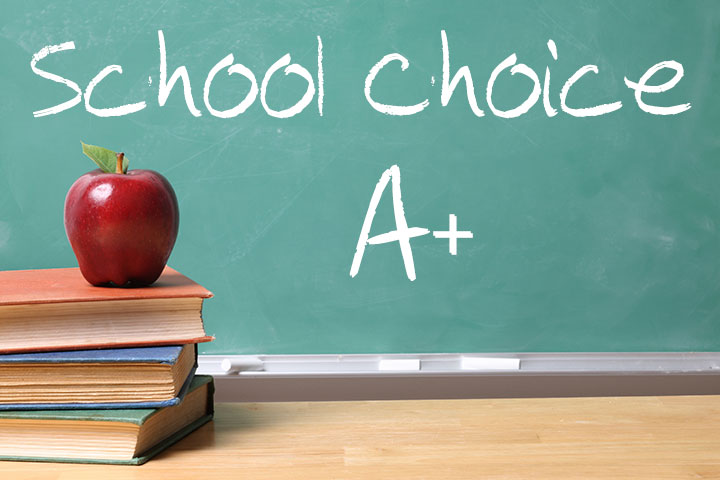 Educated citizens are without a doubt the key to ’s prosperity and growth. Yet government run public schools have produced meager results. This despite the near monopoly they have had on educating ’s children for at least one hundred years.  can do better. Charter schools and limited school choice have produced some positive change. But to create dramatic change our free enterprise system must be used to produce universal school choice.

Teachers' unions and the Democrat party, a redundancy, have been in charge of most public schools in since 1916. And despite spending trillions of dollars, these schools have not improved. Charter schools operating with fewer rules in exchange for being private units have begun as a partial answer to the problem. But they have been limited by the small number of charters granted by each state despite the fact that the demand for a seat in them by thousands of parents has been nothing short of stunning. Particularly in poor minority areas with poor schools.

Allowing ALL parents to choose the school for their children should be ’s focus. Our free enterprise system allows 320 million American consumers to buy virtually anything legal, whether it be a cell phone or a dress. Cell phones have become better and better and less expensive as consumers have chosen among competing products.  Why not employ this free enterprise system to deliver a product called an exceptional education.

Each state would give each student a voucher in an amount determined by that state. Each student could use his or her voucher at a private school or a new company formed to be in the sole business of educating students which I call an Educo. A good public school that had been privatized could meet this model also.

Each state could determine the base level of education which would include a strong dose of math, science, and history the result of which would be more and better jobs, and citizens properly informed about American history. Audits of all schools should and likely would be done randomly by each state to determine that this base level of education was being provided to students. Those not doing so would be required to return voucher funds.

In a short period of time in our consumer-driven free enterprise system those providing children with a good education tailored to each student’s needs would expand and thrive, and those which did not would disappear.

Yet some will argue that those students whose parents were not involved would receive poor or no education. That argument is false. Where profit is involved business would adapt and conceivably would provide buses to poor areas, provide a breakfast to the children and maybe ice cream after school for good results. In any event, each state could adjust voucher amounts to properly provide for the needs of all children.

In all likelihood, Educos would hire great teachers, reduce costs through research and development, and with the use of the latest technology would become more and more creative in educating each of our children. And unlike our present public school monopoly, each would know that it must be better than the competition to stay in business.

Teachers would be hired for their ability to teach: To produce the result of a good education. The skill of each would be maximized and improved daily as they would be given great flexibility in how they taught. The one-size-fits-all method currently in use would not do. The great ones would become rock stars earning six figures as their value to each parent became known.

Today’s technology would allow great flexibility in teaching. Rather than the same thing for everyone, technology would develop education in the laboratories of fifty states. The best processes would be copied.  And as bureaucracies would be virtually eliminated a teacher’s time would be devoted primarily to teaching.

To redeem vouchers each school would be required to post good basic results online. Good results would quickly become apparent to consumers who would make their decisions accordingly. Private evaluators such as Consumer Reports or others like it would spring up and provide unbiased evaluations of each school and its processes.

’s education system has been on a downhill slide for many years. Future voters must be educated to the extent that they can make intelligent judgments about whom to vote for, or we will not be able to maintain the freedoms we enjoy.