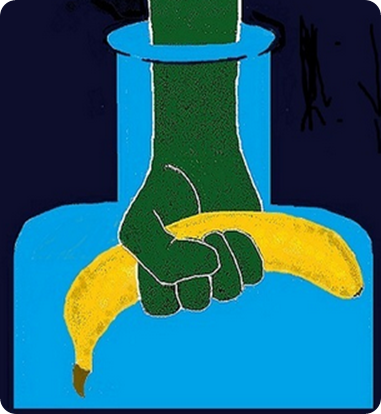 Here's a story with a point I think you will enjoy.

Early in their marriage, my Dad did something very stupid. My Mom chewed him out for it. He apologized and they made up. However, from time to time, my Mom would bring up what he had done.

"Honey," my Dad finally said one day, "why do you keep bringing that up? I thought your policy was to forgive and forget." "It is," she said. "I just don't want you to forget what I've forgiven and forgotten." Nice!

Most people are not like Bette Midler who once said, "I bear no grudges. I have a mind that retains nothing." No, I would say most of us remember every insult, every hurt, or every negative thing that has ever happened to us, whether intentional or unintentional. Most can't remember where they put the keys to their car, but they can recall, with amazing accuracy, the time that... (you fill in the blanks).

Mac Anderson said, "I've come to realize the difference in success or failure is not how you look, how you dress, or how you're educated. It's how you think." He has a point there. The Bible says, “As a man thinks heart, so he is.” Proverbs 23:7. In other words, it’s not what you think you are, it’s what you think…you are. Or are on your way to becoming.

Let me give you an illustration. I'm told that the way that Africans used to catch monkeys was to build a glass box with a hole the size of a monkey's hand. They would then put a banana inside of the glass box. The monkey would reach into the glass box to grab the banana. Now the monkey has a problem. The banana in his grasp is bigger than the hole in the glass.

That's the same with unforgiveness, anger, loss, bitterness, or whatever else we are 'holding' on to. Perhaps, in this case, whatever you are holding on to is actually holding on the you. Kind of scary, isn't it? The problem is, most take the second option. The result is we hurt ourselves. Someone once wrote a note to God about their predicament. “Dear Lord, I have a problem. It’s me.”

Jesus taught us in the Lord's Prayer, "And forgive us our debts, as we have forgiven our debtors." Jesus knew that the only way to get ourselves out of those monkey traps in life is to 'let go of the banana.' How? By forgiving! Forgiveness makes the future possible. Forgiveness is giving up all hope that the past will change. Forgiveness may be hard, but being part of a monkey stew is harder!

Let's choose not to waste our precious time and energy trying to figure everything out. Dr. Michael Leboeuf says, "Waste your money and you're only out of money, but waste your time and you've lost part of your life." Let's get on with life. Let go of those bananas in life that are so old that they have fossilized! We are free. We just don’t know how to get free. Maybe this article will help.

Forgiveness is the right thing to do. Martin Luther King, Jr., said, "The time is always right to do that what is right." Thomas Huxley said, "It is not who is right, but what is right, that is of importance." Be different than others. Someone once said, "I may not be better than other people, but at least I'm different!"

With God's power, grace, and a clear mind, you can stop all the monkey business!