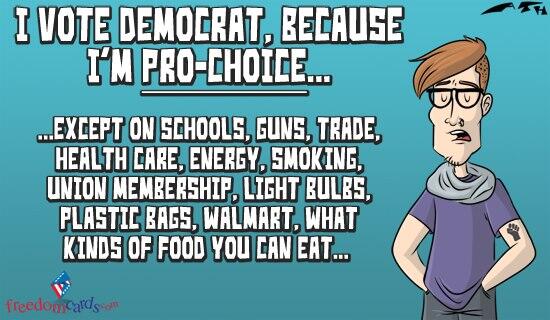 The other day I heard some one describe modern liberalism or leftist ideology like an all-inclusive resort. At first I merely chuckled at the thought. But despite the humor I found in it, it struck me as being dead-on accurate.
For those unfamiliar, an all-inclusive resort is the best vacation one will ever experience - but only if you can take advantage of the amenities. You pay one price, and that payment includes everything the resort has to offer.
If you can’t take advantage, or wish more of a bare bones or a-la carte experience, an all-inclusive experience is definitely not for you. An all-inclusive vacation is just that. The customer doesn’t have the option of a-la carte. You pay for all or nothing. It’s like ObamaCare. Everything is included, whether you care to partake or not.
And as I stated – this is also the definition of modern leftism and the Democrat Party. If you are a committed liberal, you are expected to collectively support all leftist causes. It’s all-inclusive.
It matters not that you care about only one cause, like the environment, taxing the rich, or free college for all. With the all-inclusive Democrat package deal, you, as part of the grand collective, must by unwritten rule care about all the left’s wacky causes.
And that’s the key. A liberal must support the collective – where no one is permitted to advocate individual interests without at least publically supporting the others.
For years, many on the right were confused by the reaction of the liberal feminist group, the National Organization of Women (NOW) to Bill Clinton’s womanizing (or as Rush Limbaugh calls them – the 'NAGS' – "The National Association of Gals"). It didn’t seem to matter how much Clinton abused women – the feminists still supported him. But Bubba was the left’s standard bearer at time, so the all-inclusive contract required them to defend him. This showed us that they weren’t really defenders of women, but merely guests at the Democrat resort.
The same can be said of liberal Jews. We watch in puzzlement as Jewish Democrats support the Palestinians and the two State solution over Israel’s sovereignty and safety.
There was the famous incident at the 1992 Democrat National Convention, where the popular Governor of Pennsylvania, Bob Casey, was denied the opportunity to give a speech because the speech he planned to give advocated a pro-life stance. Publicly advocating a pro-life position is not part of the all-inclusive package. Quite the opposite.
Today, leftists in the LGBT wing of the collective, publically support Sharia-loving radical Linda Sarsour. Why on Earth would a homosexual support someone who advocates for Sharia – the law that allows gays to be persecuted and thrown off buildings to their death? Because Sarsour poses as a feminist and that is part of the all-inclusive package.
No one would mistake former Senator Joe Lieberman for a conservative, but toward the end of his career, he said, “I felt the Democratic Party left me. It was no longer the party it was when I joined it in the image of President Kennedy.” Joe refused to purchase the all or nothing package deal – particular their anti-military position. So he was effectively jettisoned.
We often marvel at the dems – at how they circle the wagons and march (or goose step) in lock-step on seemingly every issue. But is this really an admirable trait? I think not.
The right may not be as “organized” in that respect, but we are at least afforded the opportunity to think for ourselves and be who we are – individuals, and not just part some grand collective who are forced to buy in to an all-inclusive package in order to remain viable.
Copyright ©2017
Read more by Brent Smith
Tweet