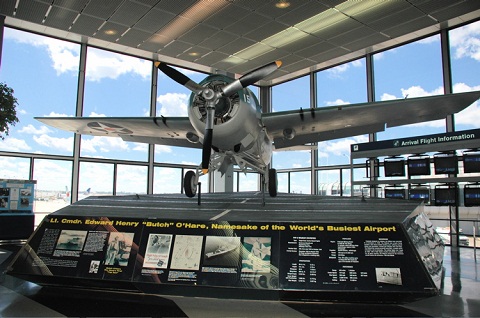 In August of 1945, Japan surrendered to Allied Forces terminating the war in the Pacific. The surrender was formally signed on board the USS Missouri on September 2, 1945. Two shocking, sensational, and sobering stories celebrate that event.
Al Capone was Chicago’s crime czar during Prohibition days. He was notorious for enmeshing the windy city in everything from bootleg booze and prostitution to murder. His crime organization was called the “Chicago Outfit.” He often said, "I am just a businessman, giving the people what they want." His business card identified him as a “used furniture dealer.”

Capone had a lawyer with the moniker of Easy Eddie. He represented Capone for a good reason–he managed to keep Al out of prison although everyone knew Al was knee deep in murder, extortion, prostitution, and anything to make him easy but illegally gained money! In fact, Eddie's skill at legal maneuvering kept Big Al out of jail for a long time. To keep Eddie on the payroll and to keep him quiet, Capone paid him very generously.

Eddie and his family occupied a huge mansion with servants and all of the conveniences of the day. The estate was so large that it filled an entire Chicago city block. Yes, Eddie lived the high life of the Chicago mob and gave little consideration to the atrocities that went on around him. After all, his hands were “clean.” He was only an attorney.

Eddie, as Al, didn’t seem to care about anything honest or decent, but Eddie did care for his son. Eddie saw to it that his young son had anything he wanted. That usually destroys children. And, despite Eddie’s involvement with organized crime, he tried to teach his son to rise above his own sordid life. One day Eddie noticed him sprawled on a couch reading books and eating banana layer cake and doughnuts. The father decided that his boy was showing signs of laziness and enrolled him in a military academy in Alton, Illinois. That was one of the wisest decisions Eddie ever made.

Then one day, Eddie reached a crossroad in his life. Providing his son a good name was far more important than all the riches he could lavish on him. He decided he would “spill his guts” and reveal Capone’s financial crimes to the authorities. Some critics tell us that Eddie’s decision was not so altruistic, and no one can be sure of his motives, but we know his actions.

Eddie asked a reporter for the St. Louis Post-Dispatch to contact the IRS which was investigating Capone for tax evasion. The reporter arranged a meeting with the IRS, and Eddie was the key to Capone’s conviction. The IRS agent said of Eddie: “On the inside of the gang I had one of the best undercover men I have ever known.”

To salvage his son and refurbish a tarnished reputation, Eddie had to testify against the Capone, and he knew that the cost would be great. He wanted to do his best to make restoration and, hopefully, to leave his son a good name. So, he testified in Al Capone’s tax evasion trial in 1931 and 1932. Capone was sentenced to eleven years in prison but released after six-and-a-half years since he was dying of syphilis. A week before Capone’s release from prison, Eddie was blown into eternity by multiple shotgun blasts by Capone’s gang while driving home from his office in his Lincoln-Zephyr. He was 46-years-old.
But, in Eddie’s eyes, he had given his son the greatest gift he had to offer at the greatest price he would ever pay.
A few years later America was at war with the Axis powers that resulted in millions of deaths and disabilities. Many ordinary young men became unusual heroes such as Lieutenant Commander Edward “Butch” O'Hare. He was a fighter pilot on the aircraft carrier Lexington in the Pacific theater.
Early February 20, 1942, every member of the flight squadron was sent on a mission and after Butch was airborne, he looked at his fuel gauge and saw that it was not full. He assumed that he had trouble with his gas gauge or someone had failed to fill his fuel tank. He quickly realized that he would not have sufficient fuel to complete his mission and return to the fleet. His flight leader ordered him to return to the carrier.

As he was returning to his carrier, he saw a squadron of Japanese Zeros speeding in the direction of the still unseen American fleet. The Zero, with a top speed of 350 miles per hour at nearly 20,000 feet, was the most deadly and efficient plane in the world with an incredible 12 to 1 kill ratio! Additionally, it was armed with two 7.7-millimeter machine guns and two 20-millimeter cannons in its wings. No American plane could compete in a “dogfight” with a Zero but the Japanese discovered that a competent, courageous, and committed man could overcome a plane’s inadequacies.

Since the American planes were en route to their destination, Butch knew their mission left the fleet highly vulnerable to Japanese attack. There was no way he could reach his fellow pilots to bring help to the fleet and he could not warn the fleet of approaching danger. He knew he had to get the attention of the enemy pilots to keep them from discovering the almost helpless fleet. Selflessly and alone, he attacked the Japanese planes as his wing-mounted guns spat deadly lead into the enemy planes. No doubt, the enemy pilots thought they had a crazy American in the sky with them.
Butch wove in and out of the now broken formation and fired at as many planes as possible until all his ammunition was depleted. Undaunted, he continued the assault against faster, more maneuverable planes. He dived at the enemy, trying to clip off a wing or tail in hopes of damaging as many enemy planes as possible and rendering them unfit to fly. He was desperate to do anything he could to keep them from reaching the American ships.
After minutes that seemed like hours, the shocked Japanese squadron flew in the opposite direction of the still undiscovered fleet. Butch O'Hare flew his damaged fighter back to the fleet and managed to land on the bouncing carrier. His report sounded like a grade B movie but the film from his gun-camera confirmed his report. It showed his dangerous weaving, diving, ramming, etc., to delay, destroy, deflect, or deter the enemy planes away from the fleet.

Incredibly, he had demolished five enemy planes and for that action Butch became the Navy's first Ace of WW II, and the first Naval Aviator to win the Congressional Medal of Honor.
On Nov. 16, 1943 Butch led the Navy’s first night-time attack from an aircraft carrier against Japanese torpedo bombers and was killed in aerial combat at the age of 29. His home town of Chicago named their airport O'Hare International Airport in tribute to the courage of this great man.
It would be worthwhile to visit a memorial to his heroic service the next time you are at O'Hare International. He is one reason you don’t speak Japanese! Your visit at Butch’s memorial or at least a moment of reflection is especially appropriate during this anniversary of the Japanese surrender in August of 1945.

So, what do these two stories have to do with each other? Well, Butch O'Hare was Easy Eddie's son. The father’s sacrifice paid off.
A Chicago hoodlum produced a hero! What are you producing?
Copyright ©2017
Read more by Don Boys, PhD
Tweet