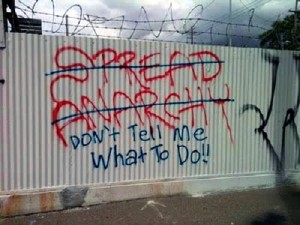 [Editor's Note: This was certainly not the totality of Lincoln's whole view for life concerning race relations. The issue of race around the time of the Civil War was extremely complex, and the fallout continues even today. A very good article concerning Lincoln's views can be found at Snopes, of all places!]

Will the hypocrites on the left try to rehabilitate Lincoln? No, they will pretend he was not like David Duke. After all, it is easier to hate Duke. Have you noticed that when Duke is mentioned, he is always identified as a “former Klan member”? Have you also noticed that when Associate Justice of the U.S. Supreme Court Hugo Black was mentioned, it was never revealed that he was a former member of the KKK? Have you noticed the same thing with former Senate leader Robert Byrd of West Virginia? He is never mentioned as a former member of the Klan! Wonder why? Could it be because they were the darlings of the Democrat Party and the Main Stream Media?
Just another example of the hypocrisy of the left. The Hill reported, “Protesters rallying in the name of the Charlottesville victims on Sunday night  protested Trump at Trump Tower in New York City and Trump International Hotel in Washington, D.C. Demonstrators held signs that read ‘No Free Speech For Fascists’ and ‘Make Racists Afraid Again...Smash White Supremacy!” I have heard no whining leftist rebuke those demonstrators and their demand to squash free speech.
Since the leftist crowd is going after all white supremacists and slave owners, then they will be consistent and honest and demand that the Egyptian pyramids be razed to the desert sand since they too were built by slaves.
Don’t hold your breath unless you like the color of blue.
Copyright ©2017
Read more by Don Boys, PhD
Tweet