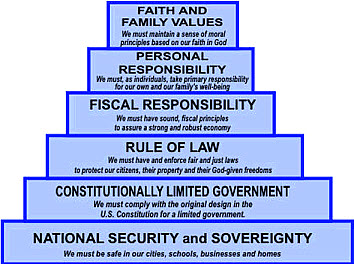 The presidential election of 2016, aside from the overwhelming and devastating effect it inflicted on Democrats and their supporters, reminded the political class, media, and celebrity culture that there is still a powerful force out there. Some refer to them as the silent majority, others, the sleeping giant, and also the forgotten Americans. Patriots who have been watching and waiting, and at long last reached their limit of patience and frustration, and in defiance of the political party they inherited from their parents, finally made a history-making decision for change and did so with their vote for Donald Trump.

The White Working Class (WWC) American has over the last several decades, but especially the last eight years of the Obama administration, borne the brunt of insults and innuendo of the cultural elite, and has often been accused of racism, sexism, homophobia, Islamophobia, and lest we forget are nothing more than a basket of “Deplorables.” These Americans have endured the slings and arrows of the outrageous liberal establishment, who think of themselves as guardians of truth and tolerance, but in reality are nothing more than self-righteous hypocrites with illusions of grandeur.

During the presidential campaign, Hillary Clinton preferred to concentrate her efforts in blue state communities where the Democrat base waited with bated breath on her every word. Mrs. Clinton apparently had no use for the WWC. Not so Mr. Trump, whether he felt compassion or some hidden affinity with the WWC, who made a brilliant strategic campaign move and stood before large crowds of cheering and energetic people yearning for freedom from want and recognition as Americans.

With this in mind, Harvard law professor Joan C. Williams has recently published a new book entitled “White Working Class: Overcoming Class Cluelessness in America.” The professor, who considers herself a liberal, is concerned for the welfare of the WWC and postulates her reasons for why a big city billionaire who, as far as wealth and status are concerned, had nothing in common with them and the lives they lead. Yet Mr. Trump was able to connect with this segment of the population; he spoke to their needs and aspirations, and did so with bravado and boldness, using gesture and language that they accepted with roars of approval.

The White Working Class American has suffered from economic stagnation, loss of jobs and in many cases their dignity. The Democrat party of their forefathers didn’t notice or perhaps care about their situation, and added to their misery by supporting the Obama administration’s policies that in some cases had negative effects on their lives, and also their support for NAFTA which increased immigration and imposed strict environmental regulations, leading to lower wages and the disruption of the carbon industry.

I’ll add to the professor’s premise with this, unlike the inhabitants of the coastal states, in many respects, the WWC prefers to stay anchored to their hometowns. Most are church-going Christians, and hold God, family, and the traditional values they share with the people they know, as vital elements in maintaining structure and stability in their families and lives. It is not a desire for wealth and riches that the WWC endeavors to achieve, but fairness and the opportunity to acquire what we all strive for, the American dream: life, liberty, the pursuit of happiness.

Earlier this year, In a survey conducted by the Atlantic and Public Religion Research Institute, the information gathered revealed it was more than just economic frustration, jobs, and anxiety that motivated the WWC to vote for Donald Trump. Cultural uncertainty, apprehension, threats to religious liberty, and fear that their country is devolving into a corrupt and morally bankrupt nation, was on the top of their list of issues. The survey found that 68% of WWC and 55% of the general public believed the country is “in danger of losing its cultural identity.”

I believe the words of Benjamin Harrison, 23rd President of the United States, are appropriate here, “No material greatness, no wealth, no accumulation of splendor, is to be compared with those humble and homely virtues which have generally characterized our America.”