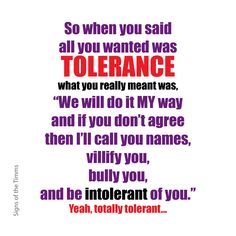 America seems caught up in the promotion of minorities such as the LGBT and leftist causes, but tolerance and diversity has stalled, and has begun to roll backwards down the hill to its own demise.
Shortly after the Charlottesville protests, Facebook, that bastion of balance, which is now pounding away at conservative materials in a so-called 'clean-up,' allowed a call for protesters to come out to Trump Towers and spew hatred.
In a grossly hypocritical, incongruous, and typically contradictory leftist-style approach to politics, protesters were found carrying placards and chanting "New York hates you" and "love, not hate -- that's what makes America great."
What?
This is contradiction on steroids which by any other name is called reprobation.
Has the anti-hate crowd decided to fight hate with hate? Is it their version of fighting fire with fire?
The Bible says it’s the human condition or the human heart that needs repair, not the social differences or the politics of a nation.
“He that saith he is in the light, and hateth his brother, is in darkness even until now.” (1John 2: 9)
Speaking of things done in darkness, Baltimore’s answer to the violence in Charlottesville was to hurriedly pull down all its major confederate statues and haul them away in the middle of the night.
Yeah, it’s the statues that are causing all the trouble – not the hearts of men.
Just when it all seems to have gone far enough, the left is aided by none other than a Muslim organization accused of having deep ties to all sorts of terrorism. Now, CAIR wants to help get all the confederate trouble-making statues pulled down and cast into the left’s hell for the intolerant.
While the President is trying to avert a rogue megalomaniacal dictator, Kim Jong-Un, from starting a nuclear war, the left, is busy back home in the good old USA, still fighting the Civil War.
Should we tell them that the Civil War is over before they start a re-run?
Whether it’s ideologies, codes, or the Koran, doesn’t anyone on the left care who we invite to dinner?
Protesters claim the President has ruined the warm welcome of America by banning Muslims from certain nations who live by the Koran and take seriously the over 100 verses that call for jihad against non-Muslims.
Shouldn’t the preachers of tolerance and diversity practice what they preach? Why are they not inviting the neo-Nazis, the KKK, Muslim jihadists, and MS-13 over for dinner, and warmly loving them into a more tolerant and loving lifestyle.
On a microcosmic level they are offering no invitations for the same reason that Mr. Trump is not offering travel passes to potential terrorists on a larger macrocosmic level. But we don’t expect leftists to see the bigger picture - it is too uncharacteristic.
Mr. Trump has not caused all of the country’s problems, and the great strides to eradicate racism were besieged and attacked by one Barack Obama for eight long years. For the liberal crowd it is good to have a scapegoat, but for the rest of us it is growing tiresome.
Donald Trump is the legitimate President of these United States and it is time to get over it and get on with the business of being America.
Facebook-inspired Trump-hating protests are beneath us and it is not ever going to, “Make America Great Again.”
Copyright ©2017
Read more by Rev. Michael Bresciani
Tweet