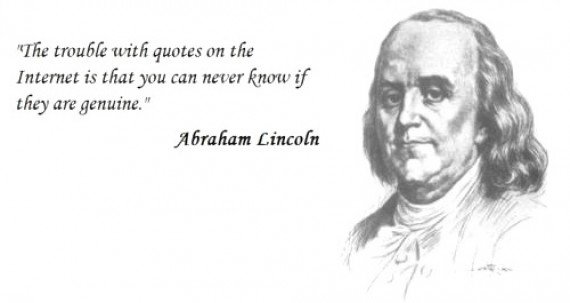 I visited briefly with someone just yesterday, and I suggested they use Craig's List to sell some stuff. The man said he didn't want to take his chances since he had heard about someone being hacked to death with an axe after meeting someone through such an ad. I basically told him that his fears of such are basically unfounded. Sure it has happened. But do you want to live in debilitating fear? You are more likely to fall and die in the shower than to have that happen.

He observed rightly that I am an optimist, for sure, but I said that I am also more of a realist! This man and his wife drive in their cars all the time, and eat food from stores and restaurants, and go to the doctor and use prescriptions, and use appliances - people die far more often from these circumstances and substances than from getting hacked up by someone with an axe! As Charlie Brown might exclaim - "GOOD GRIEF!"

But they heard it on the "news"... So what! The "News" is filled with much trash and lies!

They did not hear on the "news" about the MILLIONS of perfectly fine and safe transactions brokered each day from Craig's List or other such online or printed sales tools. For every bad incident, there are likely thousands or hundreds of thousands of good or great ones! There are MILLIONS of people living productive lives, helping one another, doing their jobs, and weaving the fabric of life that holds our society, culture, and country together. Yet we are pummeled daily with "news" about the relatively few bad incidents that make people fearful.

They don't hear nearly as often on the "news" about the many people who have died at the hands of doctors from mistakes or malpractice or misdiagnosis, or in hospitals, or from prescription drugs, or from the deluge of chemicals flooding our environment every day... We wouldn't want to tarnish the reputation of all the huge corporations and ultra-rich people who so generously support our money-based system of lobbyist government!

The stranglehold of the perverted so-called "news" organizations needs to be broken, and the people need to be set free with the truth. The "false news" outlets use their power and influence to spread FALSE NARRATIVES. They do this with misinformation, and by tapping and unleashing primal fears that people have inside themselves. This can be seen day in and day out, and has increased disproportionately in the past 20-30 years. Now, you are not sure what or whom you can trust, but the volume and intensity of the falsehoods and exaggerations that we encounter constantly on TV, radio, and in print are more of a flood in our country than Houston is experiencing right now from Hurricane Harvey.

Many people are inherently lazy and gullible, or they are too tired and just lack the time - they do not bother to research for themselves and look for the truth. Truly, there isn't enough time for each of us to discover the truth about everything. But it seems there is something inside of us that makes us prone to trust people - and why so many get scammed or misled - like we have an automatic response built into us to want to trust people. Being a constant skeptic is not fun, and it can be even downright tiresome. It comes from discovering so much un-truth in a life, as well as being aware that unscrupulous people are out there taking advantage of others - all the time! So there is a place for having a healthy skepticism.

Even advertising can in so many ways be utilized to spread untruth. From what a product does, or doesn’t do, to how it can make you feel or appear (like, sexy or happy or pretty), to how much you really NEED this product in your life (you often don’t) – advertisers are trying to get you to spend your money on what they sell! Watch carefully and see how often FEAR is used to get you to buy whatever they are selling - especially in insurance ads. And they make big money from those producers of those products.

Think for yourself! Don't just believe what you see and hear! Keep your eyes open, and watch for exaggerations, question the logic and the motives of news stories and advertising. Look deeper, see beyond the surface and the obvious, and reflect often on what you are seeing - learn to trust your instincts, and test them with what you have seen and know. And do your 'homework' - look stuff up, do some research. The more important something is, the more you should study it before making a decision or judgment!