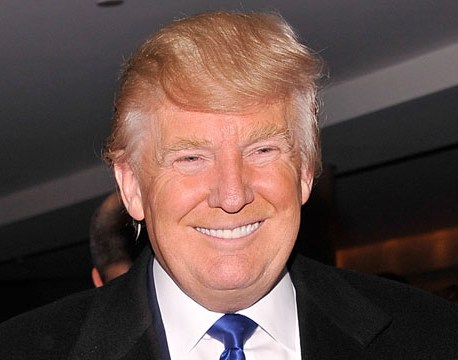 Another day brings more insanity from the left.
As the novelty of statue-felling is slowing, it’s time to return to the old stand-by: Trump Derangement Syndrome. Now they’re worried that Trump will refuse to vacate the White House when his term(s) is up.
It is interesting that the left thinks of Trump exactly what we thought of Obama earlier in his reign of terror – that he would not vacate the White House. Some even posited that Obama would attempt an end-around the Constitution and run for a third term, due to his overwhelming popularity.
But later in his presidency, Obama, I thought, couldn’t wait to get out. He had accomplished virtually everything he set out to do. And in the end, he did in fact hightail it out of there to begin a lifestyle of the rich and famous, filled with champagne wishes and caviar dreams (h/t Robin Leach).
Yet, as Barack is living it up, his radical legacy is living on within the pro-communist Antifa movement. They’ve taken the baton from Obama, and are seeking to “change our traditions, change our history and move into a different place as a nation” (h/t Michelle Obama).
Like Obama and the radicals that came before him, like Alinsky, Cloward and Piven, and many others - Antifa seeks to upend virtually all American traditions.
However, it seems the one tradition they don’t seem to want to change, now that a democrat isn’t President, is leaving office when your time is up. Yes, now that there is someone they hate in the Oval Office, they demand strict adherence to the Twenty Second Amendment of the Constitution.
The Independent writes that, “Donald Trump might refuse to leave power when his time at the White House comes to an end, an expert on Latin American leaders has warned.”
That’s weird. Why consult an “expert” on Latin American dictators when referring to President Trump? Why indeed.
Tim Rogers, the supposed journalist and self-proclaimed expert, “said it was common for Latin American leaders to stay in power for long periods.” What makes him an expert other than being Fusion TV's senior editor for Latin America? Nothing I suppose, but the Independent says he’s an expert on “Nicaragua’s Sandinista Front for National Liberation (FSLN) and the country's former President Daniel Ortega.” Well, that’s good enough for me.
“There’s the sum of all fears: What if Trump can somehow channel his toxic brand of divisive narcissism into a tragic second term?” writes Rogers. Wow – that sounds less like journalism and much more like caustic commentary, dressed up as dispassionate correspondence.
“But there’s another worst-case scenario,” he adds, “that nobody’s talking about yet: What if Donald Trump refuses to leave the presidency peacefully when it’s time for him to go?” That would be weird.
Rogers correctly states that, “The U.S. has a long tradition of peaceful transitions of power and clear rules to prevent presidents from squatting in the White House.” While he is correct about this, he conveniently neglects to tell the reader why this is. Up until Trump, every other President since 1951 has been honorable? What a disingenuous joke. Honor has nothing to do with it.
“It’s not uncommon for authoritarian presidents to overstay their welcome. It happens all the time in Latin America, where democratically elected presidents use the power of their office to change the rules of the game and allow themselves an extended stay,” opines Rogers.
Well, Mr. Rogers, there are two glaring errors in your logic. First, this isn’t Latin America and Trump is not the thug Ortega. Second and more important, is our founding document, the United States Constitution, of which you mention exactly zero times.
Unlike the Banana Republics of Latin America, our Constitution cannot just be written – despite how many on the left wish it to be. I mentioned the year 1951. This was the year the Twenty Second Amendment was ratified, limiting the President to two, four year terms, thanks to the exploits of FDR.
Whether the President is honorable or not is immaterial. The Constitution is the supreme law of the land and the law states you go when your time is up. No president has or will be allowed to usurp it. Left or right – the electorate would not stand for it.
But you on the left only quote the Constitution when it is convenient and usually just the First Amendment – freedom of speech and freedom to riot – uh – I mean peaceably assemble.
Copyright ©2017
Read more by Brent Smith
Tweet