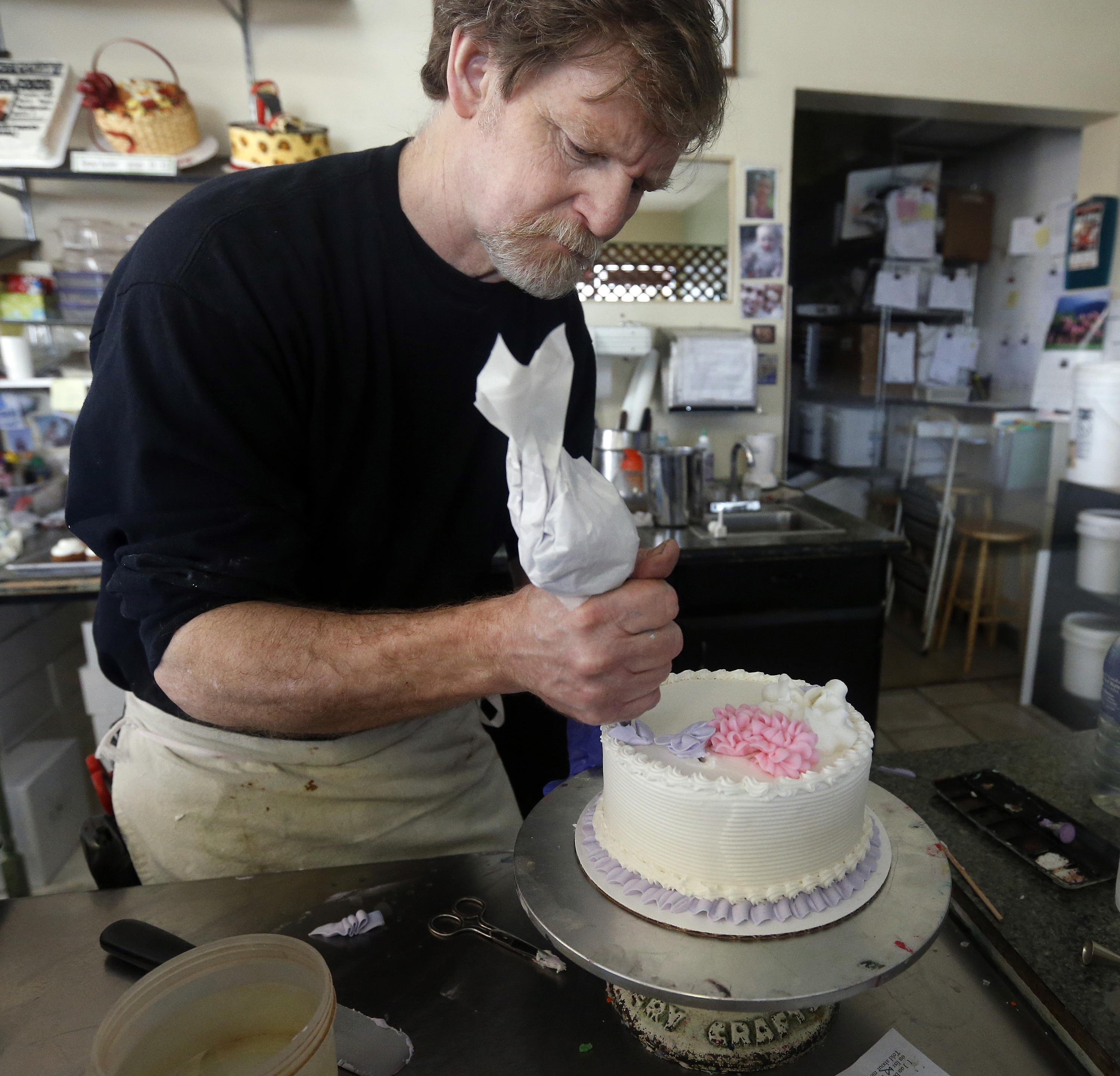 The supreme Court is set to begin its next session in October. It has a full docket when it gavels in. Among them are a couple Labor Relations/Arbitration cases, a plethora of immigration/refugee cases, and one which has “not been set for argument” as of yet.
Case No. 16-111 is “Masterpiece Cakeshop, Ltd. v. Colorado Civil Rights Commission.”
This case has become a familiar refrain to those who follow this nonsense - like me and many of you. It’s another case of religious freedom vs. the “rights” of homosexuals to demand a curtailment of religious freedom. I wonder what side the Colorado Civil Rights Commission falls on. Gee – I wonder.
In 2012, a happy homosexual couple, Charlie Craig and David Mullins, wished for Masterpiece Cakeshop to craft a wedding cake to commemorate their planned event. “But Jack Phillips, owner of Masterpiece Cakeshop, declined to make the cake for Mullins and Craig, saying that doing so would violate his religious beliefs. The couple then filed a complaint with Colorado’s Civil Rights Commission, arguing that Phillips’ actions violated the state’s Anti-Discrimination Act, which prohibits businesses from refusing service based on race, sex, national origin, or sexual orientation,” wrote MSNBC.
David Mullins said in an interview that, “We’re not trying to shut down Masterpiece CakeShop. We want Masterpiece Cake shop’s policy toward gays and weddings, gay weddings, to change.”
Masterpiece CakeShop is located in Lakewood, Colorado. Lakewood has a population of less than 155,000. It is no small town, but far from a big city and far outpaced by neighboring Denver.
I did a quick and cursory search of cake makers and bakeries in Lakewood, expecting to find a few. It took all of about 90 seconds. It would have been faster if I could type worth a lick. What came up should be astounding, considering the gravity of this issue.
What was astounding, at least to me, was that a quick search of YP – the internet Yellow Pages, yielded 30 cake makers and bakeries in Lakewood. And there may be more. The YP site showed the “30 Best.”
This information leads one (at least one who doesn’t suffer from liberal group-think) to wonder if the homosexual couple, Charlie Craig and David Mullins, may have done some bakery mining of there own.
Recall the infamous 2014 case of 111 Cakery, the Christian Bakery in Indianapolis, who also refused on grounds of religious freedom, to make a “Commitment Ceremony” cake for a homosexual couple. It was discovered that the harmless couple approached the owner(s) knowing full well of their Christian beliefs.
The Indiana couple, in the opinion of many others and me, was not really looking for 111 Cakery to “make them a cake.” They, like Craig and Mullins, preferred to force the issue of preferred LGBT rights. I say preferred, as it is obvious that the radical LGBT lobby, as well as activists seated on lower federal courts, “prefer” the rights of the LGBT crowd over religious freedom and the Constitution.
Mullins admitted to this by stating they were only interested in a policy change. Just as in Indiana, nowhere does it say that the two approached any other of the dozens of bakeries in Lakewood. It appears they, like the activists in Indianapolis, wanted only to force the issue by making a big stink over what should be a non-issue.
Luckily for Cakeshop owner Phillips, the Trump/Sessions Justice Department has come to his rescue. They filed a “friend-of-the-court,” or amicus brief on Phillips’ behalf.
"Forcing Phillips to create expression for and participate in a ceremony that violates his sincerely held religious beliefs invades his First Amendment rights," Acting Solicitor General Jeff Wall wrote for the Justice Department.
"The government may not enact content-based laws commanding a speaker to engage in protected expression: An artist cannot be forced to paint, a musician cannot be forced to play, and a poet cannot be forced to write," the brief adds.
So now we wait for the black-robed oligarchs that lord over us, to decide whether we have a God-given, Constitutional right to freedom of religious expression – or not.
Either way it will be a five-four decision.
Copyright ©2017
Read more by Brent Smith
Tweet