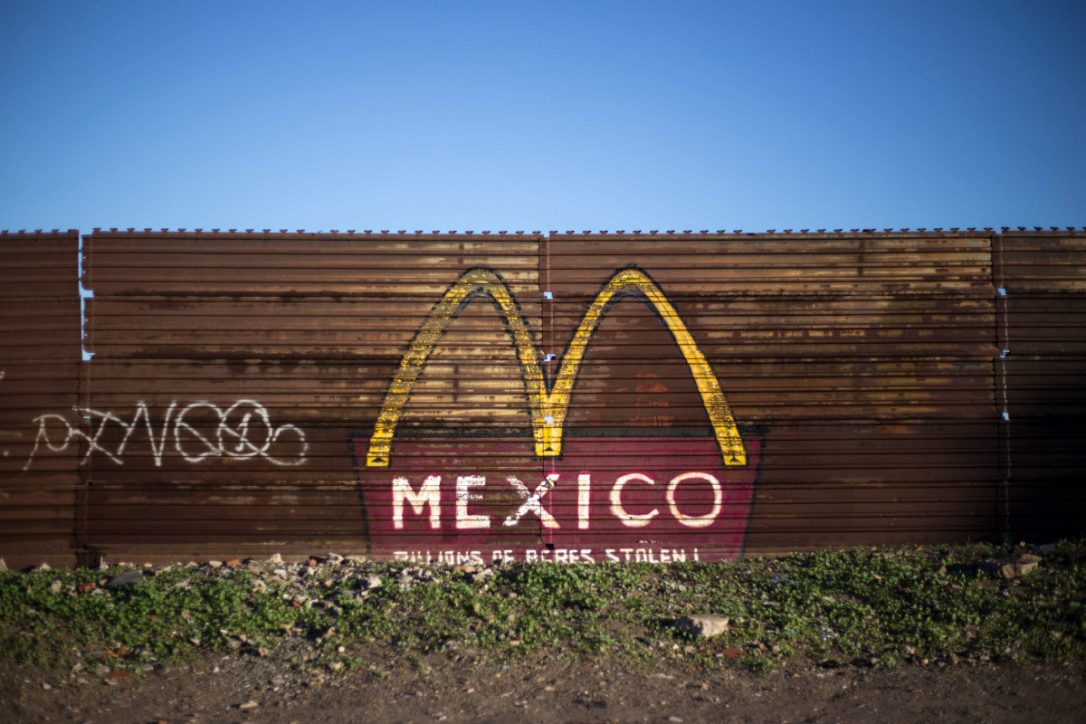 It’s a fact – possibly provable by science - that what little common sense many high school kids have, rapidly fades away when they go off to college. With any and all parental supervision removed, students believe they have a license to be stupid.
Such it was at Cornell University, when a student and member of the Zeta Psi fraternity was heard chanting, “build that wall.” The chant was heard, “near the Latino Living Center early Wednesday morning, less than 24 hours after President Donald Trump ordered the end of the Deferred Action for Childhood Arrivals [DACA] program,” writes the Cornell Daily Sun.
To clarify the above statement, as the Cornell Daily Sun will surely not, President Trump did not “end” the DACA program. He suspended it for six months to allow the correct branch of government, the Legislative, to craft a lawful solution.
They, like all other leftist journals, would prefer their readers to believe racist Trump just ended it. I’m not defending Trump’s decision. As it was an illegal action, I think he should have just ended it and left it at that, but I’m not the president.
If I may digress further – why is there a campus “Latino Living Center,” (LLC) and who paid/pays for its construction, maintenance, and operation? I know – these are rhetorical questions. Of course, tuition money and probably government grants did and do. In other words – directly and indirectly – we did.
And here I thought the left was all about inclusiveness. Yet at every turn we hear of another room, floor, housing facility, and center dedicated to further segregating college students. How is this a good thing? If these students were told they must congregate at the Latino Learning Center, they would revolt. Yet, given a choice, they happily and voluntarily separate themselves. That’s diversity for you.
“Vice-President for Student and Campus Life Ryan Lombardi confirmed the incident in an email sent out to Cornell students Thursday morning. The email said that an individual has accepted responsibility. However Lombardi added that although he recognizes ‘rights of open expression,’ he is concerned about a ‘pattern of the marginalization of many members of the Cornell community.’
Allow me to translate. While Ryan Lombardi “recognizes” the right of free speech, he will never defend it. If he wished to defend free speech, he would say that he disagrees with the student's chant, but he has every right to say it – period. Perhaps Mr. Lombardi should remember that the First Amendment is to protect speech we disagree with. Otherwise, it would not be necessary.
Both the student and the National Chapter of Zeta Psi apologized in writing to the LLC. Good enough – right? Wrongo! It isn’t now and will never be good enough for the leftist grievance industry.
Instead the La Associación Latina (LAL), an umbrella organization for all things Latino on campus (and there are many), issued several demands of the fraternity. May I ask why the entire fraternity must be held to account for one member? Again – rhetorical.
They demanded that, “Zeta Psi hold their members involved accountable [it was one member], that they issue a formal apology, that they accept sanctions, and that they undergo diversity training.”
Anything else? Yep. The LAL also demanded that the entire Greek system admit that there is a culture of racism throughout. Oh – and they have two weeks “to come up with a plan to address the demands.” Now they’re attaching time tables to the demands.
This is what happens when you compromise. Give an inch and these radicals will demand a mile. And don’t think for a moment, if they give in to these current “demands,” it will end there.
While I agree that the wall must be built, the kid was stupid for chanting it. But if there is a price to be paid for his stupidity, it should be paid by him alone. And in America, there should be no price he should have to pay, beyond possible social ostracization. That’s between him and his peers.
This is just further proof of the left's disdain of free speech – particularly on college campuses.
Copyright ©2017
Read more by Brent Smith
Tweet