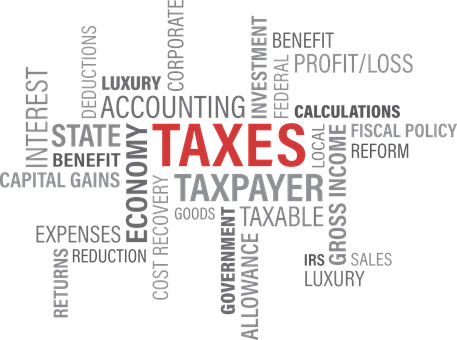 Kennedy of Fox News says that Trump’s current tax reform plan is a good first step. “And then a flat tax.”  My plan fits right in.

Americans today spend almost a trillion dollars in the hidden costs of preparing their tax returns. This is in addition to working full-time for the government until April 23rd just to pay their taxes. Changing the system would allow everyone a better way to spend their time and money

I believe my Tax Plan is the best way to change our present system. Being flexible, it would immediately provide solutions and Americans could evaluate and respond to each change as it was being made.

It would work like this. The first step would be to replace our current system with a Flat tax that would be temporary, perhaps for two years. During this Americans would begin amending the U. S. Constitution by repealing the Sixteenth Amendment which authorizes our present income tax. Since the repeal of this amendment requires a vote of two-thirds of both Houses of Congress and approval by the legislatures of three-fourths of the states, it may or may not take some time. So for two years, while experiencing the merits of a Flat tax, citizens could debate whether to continue with it after repeal or make a move to replace it with a Sales Tax on consumption. The speed of passage of the repeal would hinge on each American's perception of how well the flat tax was working and how much a sales tax would be an improvement. In any event, it would be an either/or binary choice. At any time only one type of tax would be in place. We all know what revenue-hungry politicians do when two taxing systems are in place at the same time - both taxes are increased.

There would be many benefits to just having a flat tax. The immediate benefit of the first passed flat tax would be to simplify the tax code, eliminating loopholes and rates and reducing the cost of compliance. And a Flat tax would be transparent. If voters object to having only one flat rate the simplified system could have a graduated rate to produce the same revenue.

Still, there would be many benefits to ultimately having a national sales tax. A national sales tax would immediately change our system from one of penalizing the production of income to one of penalizing consumption. It would leave each citizen completely in control of how much tax he or she pays since this would be determined by how many purchases they made. And those with lower income, who of necessity pay more tax as a percent of their income, could be given a rebate in some amount. In those in states which already receive most of their revenue from a sales tax, adjustments could be made to make it fair.

Another benefit of a national sales tax would be that it also would bring in revenue from the underground economy which it is not receiving now. Another would be that Americans would be reminded daily of the tax they were paying. They would be more likely to question what they were getting for their money. Pressure would likely be brought to bear on the government to spend more wisely and efficiently so that the sales tax rate might be brought down.

Upon completion of the process with a Flat tax or a Sales Tax, there would be a reduction in tax rates for each and every American. The strong economic growth that would ensue would mirror that of both the Democrat administrations of Coolidge and Kennedy and the Republican administrations of Reagan and Bush. Each President cut the tax rate, which resulted in dramatically increasing the total tax revenue received by the government.  All of us desire this as our lives would be better and our government would have more revenue available to take care of its responsibilities.