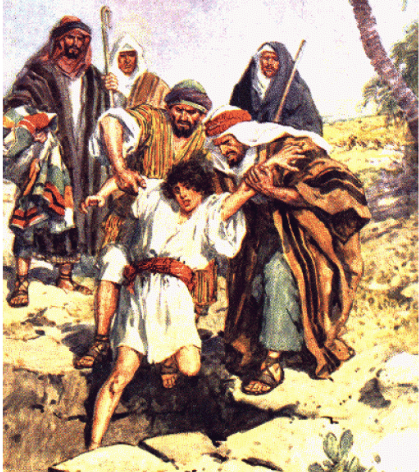 An old saying maintains, “That which can be misunderstood will be misunderstood.”
Look at this resolution, passed by the board of councilmen in Canton, Mississippi, in the mid-1800s. It focuses on an example that could be neither understood or implemented: “Number one: Resolved by this Council that we build a new jail. Number two: Resolved that the new jail be built out of the materials of the old jail. Number three: Resolved that the old jail be used until the new jail is finished.”
Can you imagine how the resolution came across to the construction company hired to build the jail?
How we come across to others is a real issue, especially in these days of social media. It’s hard to come across well when you have 140 letters to say what you mean. Most end up saying something provocative rather than communicating. Communication is a two-way deal. There are the sender and the receiver. Just because we know what you mean, doesn’t mean they know what we mean. How we come across to others is the issue.
When you want something done, contact through tact is important. Tact is the art of building a fire under people without making their blood boil. People judge us by our communication and actions, not our intentions. One might have a heart of gold, but so does a hard-boiled egg.
Whether we’re the sender or the receiver, no matter what scales we use, we can never know the weight of another person’s burdens. When we put ourselves in the other person’s place, we’re less likely to want to put him in his place. Putting ourselves in the other person’s place moderates the way we say things. Sometimes you need to say what you mean but that doesn’t give you the right to be mean when you say it.
As the sender, ask yourself…Are my words, thoughts, and actions designed to encourage the person to react favorably toward me? If you are the receiver, ask yourself…Do you hear what you want to hear or do you hear what the other person is communicating?
There is a character in the Bible who had a heart of gold but was completely misunderstood by his brothers. His name was Joseph. The problem was both the sender and the receivers had issues through which they interpreted their communication. They were on two different wavelengths.
God gave Joseph a dream of future greatness, one in which his brothers would bow down to him. To make matters worse, his father “loved Joseph more than all his children and made him a coat of many colors.” When Joseph enthusiastically told his brothers about the dream, the brothers contrived a plan to kill him. Imagine the self-talk of Joseph’s brothers. “How come he gets special treatment. How come our father and God is good to him and not to us? What’s wrong with us?”
Joseph didn’t come across very well, did he? Here are two short lessons we can learn from in this narrative. First, be careful how you come across to others; your enthusiasm can be interpreted as arrogance. There is a fine line between confidence and arrogance and it’s easily distorted by either the sender's or the receiver's pre-existing issues.
Second, when God blesses you, it is always for the sake of others. Joseph was blessed so the brothers could be blessed and the family line preserved. If the brothers were insecure or angry because God had blessed Joseph, they would do well to discover a dynamic spiritual principle. The best way to get your own miracle is to rejoice when someone received his or her miracle. The coat Joseph wore didn’t mean that he was better than they were. It simply marked him as having a different destiny. But Joseph needed to become aware of how his brothers were feeling. Joseph’s brothers worked hard and deserved their fathers love too.
Maybe you have been Joseph or maybe you have been the brothers. Maybe you have been both. No matter what, realize that God is good to everyone but not everyone has the same assignment from God. Everything worked out in for the brothers in the end.
Remember, if what you are going through hasn’t worked out, it’s probably not the end.
Copyright ©2017
Read more by Ed Delph
Tweet