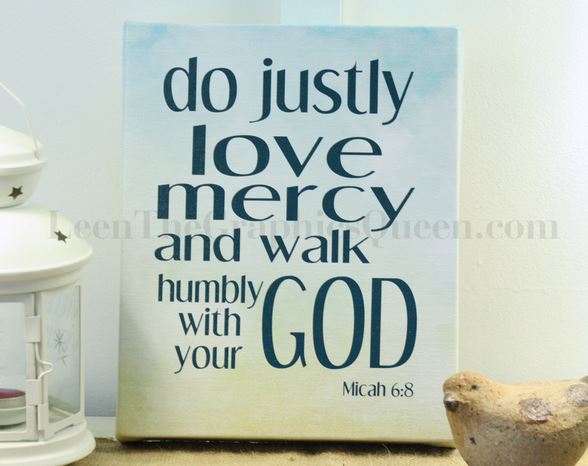 On Monday morning I watched the President’s national address following the mass shooting outside a Las Vegas hotel Sunday night that claimed over 55 lives and injuring over 400. He urged prayer and unity, exhorting:


“Scripture teaches us the Lord is close to the broken-hearted and saves those who are crushed in spirit.

“We seek comfort in those words, for we know that God lives in the hearts of those who grieve.

“To the wounded who are now recovering in hospitals, we are praying for your full and speedy recovery and pledge to you our support from this day forward.”

The very act of love and bravery that defines Christianity is the cross of Christ. This action demonstrated by Jesus the Christ is exclusive to Christianity, making it unrivaled and unmatched; the head of any other religion has never sacrificed themselves for the sins of their followers.

Our Separatist English forbearers - understanding this exclusivity and the blessing God promises a nation who acknowledges His Sovereignty - drafted and codified The Articles of Confederation of the United Colonies of New England; May 19, 1643.

Their words were clear and definite: “Whereas we all came into these parts of America with one and the same end and aim, namely, to advance the Kingdom of our Lord Jesus Christ and to enjoy the liberties of the Gospel in purity with peace.”

In a circular letter to the governors of the several States in June 1783, our first president, George Washington, wrote:

"I now make my earnest prayer that God would have you and the States over which you preside in his holy protection;… and, finally, that he would be most graciously pleased to dispose us all to do justice, to love mercy, and to demean ourselves with that charity, humility, and pacific temper of mind which were the characteristics of the divine Author of our blessed religion, and without an humble imitation of whose example in these things we can never hope to be a happy nation.”

When self-government breaks down and crimes are committed, the decisive act of justice is required by God; and the civil government, by God’s decree, is required to be the instrument of said justice. This swiftly done brings the necessary mercy, compassion, love, and healing to the victims of evil.

Sadly, Hillary Clinton used twitter to immediately blame innocent parties for the tragedy, stating, “Our grief isn't enough. We can and must put politics aside, stand up to the NRA, and work together to try to stop this from happening again.”

However, I found hope that others rose above division and united themselves to seek help from the divine Author of our blessed religion. Some of those included former presidents who issued statements on Twitter. Obama said he is praying for the victims, while Bill Clinton said such actions "should be unimaginable in America.”

Christianity embodies equality and fairness before the Law. It is unbending from its commitment to defend, protect, and respect the individual rights of all human beings because they were created in the image of their Creator. So long as there is unimaginable national tragedy in America, Christian principles like “love thy neighbor” will always be the solution.