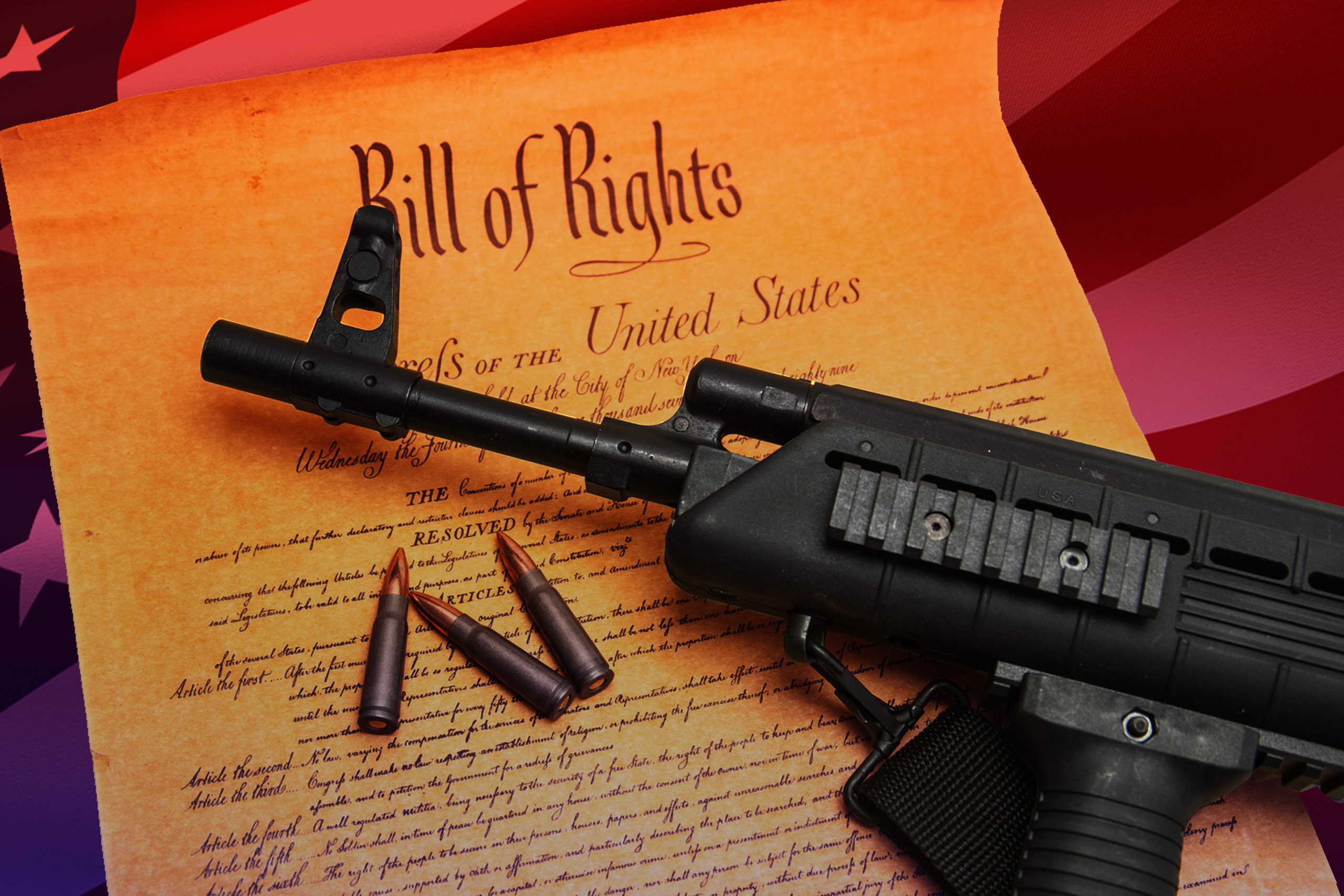 Many think it would be a paradise to live in a world where gunpowder had never been invented - but would it?

In the wake of the tragedy in Las Vegas, the inevitable debate begins between those who support the rights of the individual as guaranteed by the 2nd Amendment and those who feel that humans are just not responsible and sane enough to have access to anything that will allow them to kill multiple members of their fellow men. Sadly, as long as there have been humans there have been those who through either evil or madness, have propagated murder upon the innocent. Thus it is natural to seek ways from allowing such people access to the instruments of destruction. Many point to the object of the gun itself and wish it had never been invented.

They long for the days before a mysterious compound of unimaginable consequence was created during the Tang dynasty in the 9th century. The marauding Mongols brought the lethal mixture with them during their conquests in Europe and in 1267, English Friar, Roger Bacon, wrote down the formula for the new substance - gunpowder, and the genie was out of the bottle. Over the next 800 years hand cannons, artillery, muskets, rifles, handguns and fully automatic weapons made it possible for one man to have the firepower of a hundred warriors armed with spears and swords.

Well, let's take a look at what the life of the average person was like back then.

First of all most of you reading this would not have been able to read this - mainly because you wouldn’t have been literate. Literacy was reserved for the clergy and nobility - those who had access to the power and wealth that armed warriors brought - things forbidden to the common man. However, you wouldn't have had time to learn how to read anyway because after a short life of back-breaking toil you most likely would have died without ever having held a book. Childhood diseases took seven out ten children before they reached their teens and most who survived were dead by age thirty-five or forty. Women usually looked sixty by the time they were thirty, worn out with constant childbearing in hope of getting two or three children that would survive to adulthood and thus ensure the survival of the family unit.

Medicine was either herbal, shamanistic, or non-existent and disease was endemic and rampant. The average person was toothless by forty and thus had a hard time getting enough nourishment, but it really wasn’t that much of a problem because they were most likely dead by then as well.

What does that have to do with the invention of guns and if the would the world be a better place without them?

It is because it was the gun that allowed new continents to be explored, settled, and their resources used to establish a higher level of technology and a better, more productive and inclusive civilization for all humans.

Ever since the 19th century, it has been fashionable among the leisure class (who ironically are only able to enjoy their leisure because of the advancements of civilization) to lament the displacement and loss of native cultures during the period of colonization and technological advancement over the past two centuries. But consider for instance: as noble as the Native American nomadic lifestyle was over the ten thousand years before the arrival of Europeans, would you really choose to trade your life of modern medicine, central heating, plumbing, and the internet for a life of killing and skinning your own dinner every day and sleeping in a smoke-filled tent every night? If so, I suggest a life of camping.

No expansion or conquest is ever pleasant for those being conquered, but it has happened to every single society since time began, first with spears and swords and later with guns. However, whether we like it or not, aggression and conquest, and it’s derivative, progress, has always been a primary driving force of the human species.
Despite the carnage and devastation wrought in modern wars using guns, there is no denying that after each, human progress took a giant leap forward. In fact, it can be argued that advances in technology and medicine after each modern war has saved more lives that were taken by the guns used in those wars.

That brings us to the crux of the argument: would you really be better off if all guns were outlawed and we went back to justice at sword and spear point?

There was a saying during the second half of the nineteenth century; "God created man, Sam Colt made them equal."

Consider if all guns were outlawed for private citizens. First of all, as we have seen, bans and laws do not deter criminals or terrorists. They would still have guns. But even if they didn’t - what would your response be if six thugs armed with baseball bats kicked down your door at three AM - call 911? Sure, and they would arrive just in time to put your remains in a body bag.

Now I know there are many who would rather that outcome than take up arms against their fellow man and to those I say, “Bless you, you are better than I.”

But for those of us who believe that you have a right to defend yourself - unless you are a super-hero or karate expert, a defensive firearm is the most practical way to do it. Therefore, what should be the right amount of defensive deterrent for a private citizen to feel secure?

As a gun owner I am perfectly content with revolvers and rifles, and don’t feel the need for high capacity semi-automatic weapons, so perhaps that is where the dialogue for gun regulation should begin. Many of my fellow second amendment supporters feel likewise, believing that reasonable people are always open to reasonable debate.

Unfortunately, we know that those on the left who scream the loudest about enacting, “common sense gun laws”, don’t want that at all. That is merely their code for the incrementalism of the confiscation and banning of all firearms in the hands of private citizens.

How do we know this? Because that's what they have historically done with everything else. The left is monolithic, totalitarian and collectively opposed to personal freedom. And as they have always done in each socialist society they have co-opted, they know that their forced conformity rules can only be maintained when all rights, particularly those of freedom of speech, expression, and self-defense, have been stripped from the population. It is not that they are against guns; far from it, it is that they want to be the only ones who control them. We see this in practice every day from the Hollywood and political elite who have their own private security who are, yes - armed.

I think that most conservatives and legal gun owners are reasonable and willing to discuss whether or not we need bump stocks or high capacity semi-automatic weapons. But what they do demand in return is an honest conversation with those who respect the Constitution, the second amendment, and the rights of the individual.

The question is, can we find anyone on the left who actually fits that description?