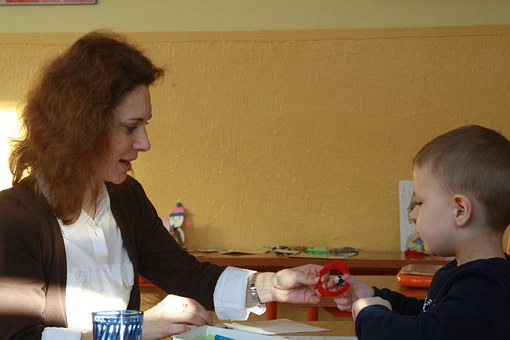 Most states do not pay teachers well enough.

My state of Texas is no exception. The Average teacher salary in Texas now ranges from about $55,000 to $59,000, depending on the district. The salary for the Texas Teacher of the year Revathi Balakrishnan is no more than $59,000. Compare that to the top trial lawyer in Texas who makes $30,000,000. Clearly, our nation has misplaced priorities. Liberal trial lawyers only redistribute money.  Good teachers who teach add value to all Americans. A properly taught student later works and adds value to the economy and to its moral structure, and saves the government the expense of courts and jails.

This issue was a prominent one in the recent Texas 30-day special session called by Texas Governor Greg Abbott.  He proposed raising teacher pay $1,000 per year and giving administrators the flexibility to fire bad teachers.  But Mark Wiggins, a lobbyist for the Association of Texas Professional Educators


said “...it’s sad to see (Governor Abbott) call lawmakers back to Austin specifically to attack teachers.” A further response came from the Texas School District local school boards and administrators who are funded through local taxes. They wanted the state of Texas to give them the funds to cover the raise rather than reducing their bloated bureaucracy, and discontinuing the building of expensive administration buildings and sports stadiums. The design of these buildings is often so extraordinary that it must give the architects peak personal pleasure. Yet buildings do not educate children. Teachers do. Bad facilities can only serve to detract from a good teacher’s skills.

Pay to teachers would automatically increase if governments reduced their role in schooling. Governments, whether local or Federal, rarely run anything efficiently. Look at the operation of our Post Office, the Veterans Administration, or any other government-run operation. A big reason is that a government employee cannot be fired. I understand that in New York, where teachers' unions dominate, that there is a building where an incompetent teacher who cannot be fired, nevertheless goes there but does nothing all day. Teachers' Unions are the culprits. And in our national government, an old saw applies: “It is more likely to be killed by a terrorist than to lose one’s job as a federal employee." I question why any public employees paid by taxpayers should be allowed to strike anyway.

According to the Texas Education Agency, teacher salaries make up 57% of costs, with overhead at 43%.  Business people look and this and know that there are many ways to cut cost and reduce this exorbitant overhead. They know they could rent empty buildings located near students. They know they could employ technology to create systems to monitor operations and employees without the many levels of administration currently in our public schools. Their overhead would be a fraction of the 43%. The result would then be that properly-priced vouchers could increase teacher pay and still return money to taxpayers.

The efforts of Charter schools to begin change has been a good start. Their value is shown clearly by concerned black parents who line up in the thousands in NY to obtain a place for their child. These charters have become necessary because of union rules and a moribund political system which has only allowed incremental change.  But it might be noted that because of the freedom they have been allowed, the best schools are long-time religious schools and business-founded private schools such as KIPP Academy. Both are good models for effective, efficiently-run schools.

I consider PROPERLY educating the young to be the most important issue facing America. Unless students are taught true history and become educated such that they can cast an intelligent vote, candidates will continue to be elected who will destroy America. The current rage of removing statues - including Civil War figures and now those of Columbus on Columbus Day - is caused in part by the young having no appreciation of history. The statues represent history. If we do not learn from history we are potentially doomed to repeat it. Further, look at how the young today support Bernie Sanders plus other liberal issues. These Millennials are not lacking in intelligence, they just have not been properly taught. So it is imperative that America has more and more well-paid teachers who do not have to make a sacrifice in salary in order to stay in the profession.