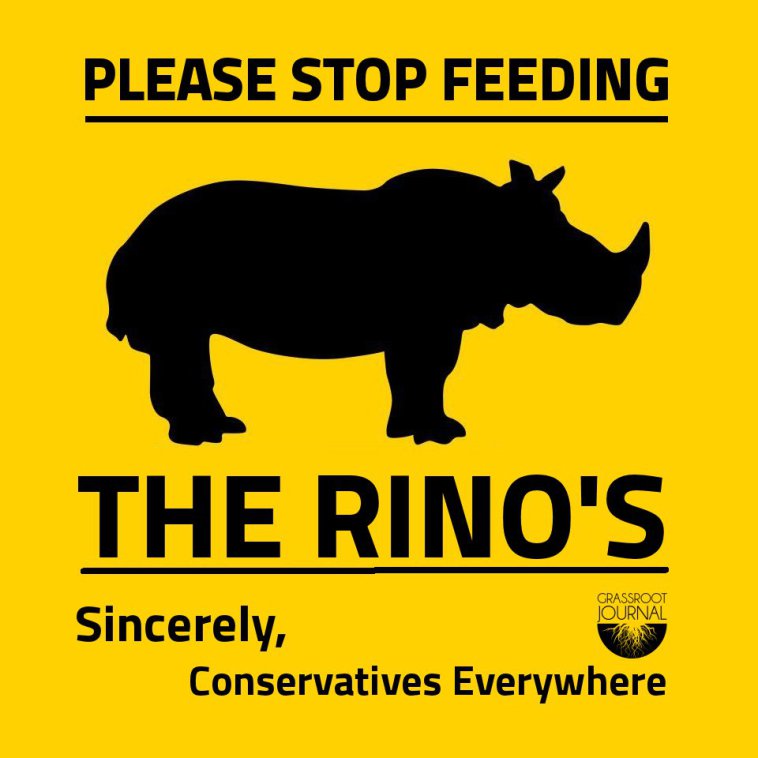 Conservatives should be encouraged by events of the last month or so. So far, two RINO Republican Senators have announced that they will not seek reelection in 2018.
Senator Bob Corker of Tennessee, who sports a solid ‘F’ Liberty Score, announced on September 26 that he is packing it in.
For those unfamiliar, the Conservative Review “Liberty Score” is a letter grade, ranging from A to F, signifying a legislator's conservative voting record. "A" is a Constitutionalist, ala Mike Lee, Ted Cruz, and "F" is a RINO, ala too many Republicans to name.
Despite what Corker said when he first won his Senate seat – that he couldn’t imagine serving more than two terms - I believe he wouldn’t have considered retirement should Hillary have won.
As we witnessed over the last several years, it’s much easier to fake being a real Republican when a Democrat is in the White House. How many ObamaCare repeal bills were passed through both Houses? It’s virtually effortless to look conservative when you know Obama will just veto every measure.
“When I ran for the Senate  in 2006, I told people that I couldn’t imagine serving for more than two terms,” Corker said in a statement, according to Politico. “Understandably, as we have gained influence, that decision has become more difficult. But I have always been drawn to the citizen legislator model, and while I realize it is not for everyone, I believe with the kind of service I provide, it is the right one for me.”
Number two to call it quits is Jeff Flake of Arizona. They sure have some lousy representation in Arizona. Flake and McCain – what a combo. Like Corker, Flake also has an "F" Liberty Score.
Unlike Corker, Flake has been primaried by “Real” conservative candidate Dr. Kelli Ward, and prior to Flake’s withdrawal from the race, she was kicking his butt in the polls by at least 30 points. Flake can see the writing on the wall and obviously doesn’t want to go out a loser.
So now Flake and Corker are on a tag-team scorched-Earth campaign against Trump. How far they will take it beyond their idiotic rhetoric is anyone’s guess. There will be plenty of important votes before election 2018 revolving around Trump’s agenda – not the least of which will be tax cuts, ObamaCare, and immigration/the border wall.
Will these two have the decency to vote with Trump or will they opt instead to grandstand like John McCain and vote against the President and most Republicans merely out of spite and hatred? My money is on the latter. But other than a warped sense of satisfaction, what may they hope to accomplish by thwarting the President’s agenda items? Well, I can think of one thing.
It’s possible that one or both of these gentlemen are padding their stats looking forward to their next career – which may likely be in lobbying. Hundreds of former hacks roam the halls of K-Street.
No lobbying firm is going to hire a pro-Trump Republican. By coming out strongly against the President, both have set themselves up very nicely to fit right in with the rest of the devotees of big bloated government and crony corporatism.
As far as who is next to beat feet – keep an eye out for Dean Heller in Nevada. He faces a possibly difficult primary challenge from conservative Danny Tarkanian.
Copyright ©2017
Read more by Brent Smith
Tweet