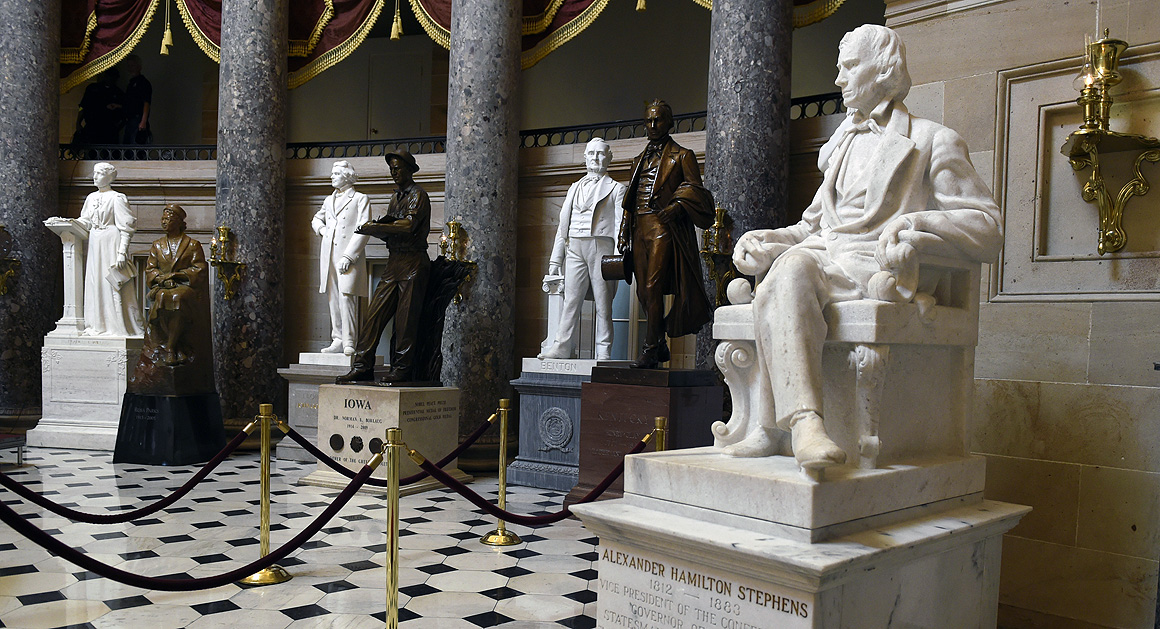 What occurred in Charlottesville, North Carolina, this past August was a sad, tragic event, especially with the death of a young woman Heather Heyer. We can all agree that extremist fringe groups on both sides of the ideological spectrum - White Nationalists, Antifa, Neo-Nazi’s, White Supremacists, Black Lives Matter (BLM), anarchists, and who knows what else, prowl the streets of unrest, should be denounced, and are anathema to the American ethos.

America is under siege and attack from outside and within her own borders. ISIS, Al Qaeda, Hamas, pose a constant threat to our safety, security and very lives. At home the streets are plagued with violence and civil unrest; we are a divided nation. People are filled with rage and hate and are on a rampage, many seek to undermine free speech rights, destroy a presidency, revise history, and erase any vestige of Western Civilization from the public square.

Although we condemn all extremist groups, right or left, you must admit most, if not all of the carnage over the past several years, up to Charlottesville, has been at the hands of BLM and masked leftist anarchists. Remember the riots and destruction in Baltimore and Ferguson Missouri, and more recently the violence in Berkeley California. Major urban centers were set on fire, there was violence and destruction of property, while law enforcement officers were told to stand down and in some cases were attacked, abused, even murdered.

Recall how then-President Obama spoke to the nation and asked that we not jump to conclusions, and that we hold off on any accusations until all the facts were in. In some cases Mr. Obama assigned part of the blame to local police. Now when you consider all the outrage that followed Charlottesville, where was the outrage by the media and political class when all this violence and destruction took place during the previous administration? There was very little, if any, and I guess you know why.

Since Charlottesville, there has been an irrational and destructive outbreak by many on the left to remove or destroy monuments to the Confederacy. General Robert E. Lee, Stonewall Jackson, and others are now under attack, and possibly being removed by municipal authorities in the dead of night. There have been instances where monuments have been defaced or destroyed by leftist thugs. In Durham, North Carolina, under darkness, a tribute to the Confederate soldier was torn down and destroyed.

In a recent Marist poll, a majority of the American people, 62%, felt the monuments should be left in place. The president has also spoken out against the removal of monuments and has added how this could lead to a slippery slope. His warning has not fallen on deaf ears, for there are now cries from some quarters to reevaluate tributes to George Washington and Thomas Jefferson.

In New York City, the mayor announced that he would create a special commission and conduct a study of all the city’s monuments and plaques, and determine which should remain or be removed. The speaker of the city council just recently demanded that the city consider the removal of the monument of Christopher Columbus that has been in place for over 100 years. This is not something new however; we’ve had to listen for years now how the explorer was a rapist, murderer, and slave master of indigenous people. In Baltimore a monument to Columbus was recently destroyed.

There are malicious forces among us that seek not only to revise history, but to change the very fabric of society and will use any excuse, and even take advantage of a tragedy like Charlottesville, to advance their nefarious plans and schemes.

We see time as linear, moving in a straight path from past to present. Unless technology advances beyond our wildest imaginings, and a device comes along that can in fact move a person through time, then we cannot ever erase the past. However, through education, the media, political class, Hollywood, the entertainment industry, and business sector, and a couple of billionaires, all are complicit left wing entities in what I believe is a concerted effort to not erase the past, but to revise or change it in the minds of the uneducated and future generations by removing all vestige of Western Civilization.

Respect the Past, though it had its dark days, / but its history and paved the way, / that laid the great and lasting American foundation / we’ve come to rely on today.
Let the Past be your guide, use it wisely, / learn its secrets and the knowledge of ages, / don’t abuse it or allow anger or deceit to remake it, / for there is wisdom and inspiration in its pages.