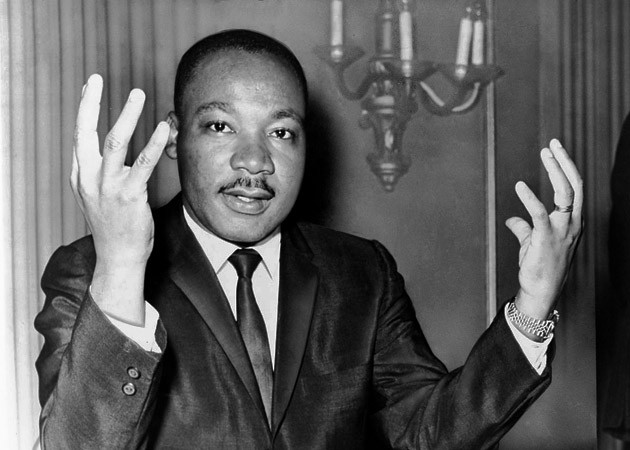 The media is all atwitter about the release by the National Archives of 767 formerly classified documents dealing with the death of John F. Kennedy and the spill-over into the life of Martin Luther King, Jr. It is shocking and very interesting information about King, although there was not too much news to the informed. My eBook, Martin Luther King, Jr.: Judged by His Character, Not His Color! (available on amazon.com) contains most of the information - with thorough documentation. But there were new revelations regarding King.
A good fallout from this release is that more people are discovering for-the-most-part unknown truths about King from the Washington Post, The New York Times, CBS News, etc. For some reason, derogative but truthful information from me is suspect because I’m a Christian Conservative but will be accepted from the lamestream media!
It is interesting that the Washington Post dealt with the facts as presented in the released files, but they skewed them to soften the blow about King’s various, vicious, and vile sexual activities. They spent their article trying to disprove or soften the King/Communist connection instead of the vile sexual revelations. But even that was unsuccessful. They admitted that the files reveal that the FBI analysis paints King as a “whole-hearted” Communist who followed the “Marxist-Leninist line.”
However, they did not deal with the many Communists King hired to direct his various offices, and Presidents Kennedy's and Johnson’s concern with him sleeping with the enemy. Pun intended.
The Post stated, “Stanley Levison, [was] a New York lawyer and businessman who served as a top financier for the Communist Party years before he met King in 1956.” Note that it is suggested that Levison was a “financier for the Communist Party before he met King.” As if Levison severed his treasonous Party activities with a hostile foreign government after he met the Baptist preacher. Not so.
I wrote in my eBook, “Stanley Levison was the bag man for the Communist Party. He distributed millions of dollars from the Russian KGB (the Soviet secret police) to finance Communist activities in the U.S.! King’s wife, Coretta, said he [Levison] was ‘a devoted and trusted’ friend of King. He edited King’s book Stride Toward Freedom, wrote many of his speeches, and filled out his income tax returns. Remember that this dude was working for the Soviet KGB secret police and King at the same time!”
Nor did the Post report that President Kennedy told King, referring to some of his Red employees in 1963, “They’re Communists. You’ve got to get rid of them.”
Moreover, neither the Post nor anyone else reported that Robert Williams was an American living in Cuba and three times a week did a radio broadcast into the U.S. urging Blacks to attack white Americans. The foreword to Williams’ book, Negroes With Guns was written by Martin Luther King, Jr! All the editors and publishers of the book were members of the Fair Play for Cuba Committee. Lee Harvey Oswald was also a member! None of that was reported by the media.
Wonder why the media is so selective? Do you think they would be as cautious when dissecting a Conservative?
There is much more damning evidence tying King to Communist Party members, the Party line, and tainted money that the media refuses to deal with.
Readers, especially younger people, should understand the atmosphere in America in the 1960s. We had fought the Korean War in the 1950s with 40,000 American soldiers killed. The war was between the Soviet-backed North Koreans and the free world’s support of South Korea. Later, China joined North Korea as thousands of Chinese troops swarmed across the Yalu River into the south killing American and allied troops. The war ended in 1953 with the deaths of five million soldiers and civilians! The “good guys” did not win that war. In fact, it is still officially continuing–with a stalemate.
At this time, President Trump is dealing with the descendants of the North Koreans who raped the south and only God knows if this time the North Koreans might set the world on fire, not just the Korean Peninsula.
During the 1950s, Republican Senator Joseph McCarthy was a Catholic, often drunk, who had stirred Americans in a 1950 speech as few senators had ever done when he alleged Communists and Soviet spies were in our Government, universities, film industry, and elsewhere. He is still ridiculed for his inflammatory accusations; however, his critics don’t want to admit that there were Communists and Soviet spies in the U.S. Such flaming Reds that come to mind during that era are President Roosevelt’s closest aid Harry Hopkins, another aid Laughlin Currie, and top Treasury officials Harry Dexter White, Alger Hiss, Ethel and Julius Rosenberg–the latter two being executed for treason.
Senator McCarthy yells from his grave, “I told you so!”
Moreover, anxiety over Communism was exacerbated by the expansion of the Soviet Union in Eastern Europe; the victory of the Communists in the Chinese Civil War with the “good guys” fleeing the mainland for safety in Taiwan - where they and their descendants still survive; the success of the Soviet Union in developing nuclear weapons; the trials of spy Alger Hiss (State Department official also involved in setting up the United Nations); and the confession of  Klaus Fuchs, a Soviet spy who provided nuclear secrets to the Soviet Union and fled to East Berlin.
The FBI document reveals that King had Communist ties, was linked to financial misconduct, and had been involved in numerous extramarital affairs, as well as having a child out of wedlock. The report suggested there was a disconnect between King’s profession as a preacher and his actions! You think?

According to the files, King's sexual activity was deemed as "unnatural" and "abnormal," even reporting on an apparent "two-day drunken sex orgy." The report also claimed that King engaged in an affair with folk singer Joan Baez.
The document reveals that King held a workshop in Miami in February of 1968 funded by money from the Ford Foundation. The purpose of the workshop was to train black ministers for leadership positions. The report goes on to say, “One Negro minister in attendance later expressed his disgust with the behind-the-scene drinking, fornication, and homosexuality that went on at the conference.” The document continues, “Several Negro and white prostitutes were brought in from the Miami area. An all-night sex orgy was held with these prostitutes and some of the delegates in attendance.”
“One room had a large table in it which was filled with whiskey. The two Negro prostitutes were paid $50.00 to put on a sex show for the entertainment of the guests. A variety of sex acts deviating from the normal were observed.” The document continued to say that such occurrences were well known by King’s acquaintances.
“As early as January 1964, King engaged in another two-day drunken sex orgy in Washington, D.C. Many of those present engaged in sexual acts, natural as well as unnatural, for the entertainment of onlookers. When one of the females shied away from engaging in an unnatural act, King...discussed how she was to be taught and initiated in this respect,” the document reads.
This was not a one-time-event as the document reveals, “Throughout the ensuing years and until this date King has continued to carry on his sexual aberrations secretly while holding himself out to the public view as a moral leader of religious conviction.”
According to the document, King had a frequent affair with a woman, which may have led to a baby girl being born. The FBI said the source of the information was “a prominent Negro who is related by law to King’s mistress,” who referred to King repeatedly as a “hypocrite.”
“It was learned in February 1968, from a very responsible Los Angeles individual in a position to know, that King has been having an illicit love affair with the wife of a prominent Negro dentist in Los Angeles, California, since 1962. He believes King fathered a baby girl born to this woman inasmuch as her husband is allegedly sterile,” the document reveals.
“The child resembles King to a great degree and King contributes to the support of this child. He calls this woman every Wednesday and frequently meets her in various cities throughout the country.”

“The prominent Negro who furnished the information said he was appalled that a man of King’s low character could cause so much trouble for both Negroes and the Government,” the document reads. “As can be seen from above, it is a fact that King not only regularly indulges in adulterous acts but enjoys the abnormal by engaging in group sexual orgies.”
David J. Garrow is a well-known leftist author and very friendly King biographer who revealed to USA Today King’s justification for his sexual immorality: “He [King] explained it as someone on the road 27 days a month and needing sex as a form of anxiety reduction and for emotional solace.” Anxiety reduction and emotional solace are now excuses and justification for immorality!
Would you accept that excuse for immorality and perversion from your pastor?
An earlier AP article reported, “The Rev. Martin Luther King Jr. spent parts of the night before his assassination with two women and then fought physically with a third, according to the memoirs of the Rev. Ralph David Abernathy, King’s top aide.”
I reveal many other sexual escapades, some abnormal, by King in my eBook but it is clear to all honest people that King was a philandering husband, a pathetic man, a phony preacher, and a prevaricating leader. Isn’t it time to recognize King’s attacks on women and deal with him as the media is doing with the Hollywood sexual predators? Is King the kind of man American youth should be told to emulate and respect? Do we really need, in the interest in fairness and balance, to have a national holiday in his honor? Why not replace it with another famous Black who was a committed father, husband, and patriot? Maybe Booker T. Washington!
Isn’t it time to remove King’s statues, school names, street names, etc., since we don’t want to perpetuate male aggressiveness and mistreatment of women?
We’ll see if the Hollywood moral crusade will go that far to send an unmistakable message in the interest of honesty, fairness, morality, and women’s protection.
Kennedy and King had some good qualities as all men have; however, we must follow and support Socrates’ concept that “a man must not be honored above the truth.”