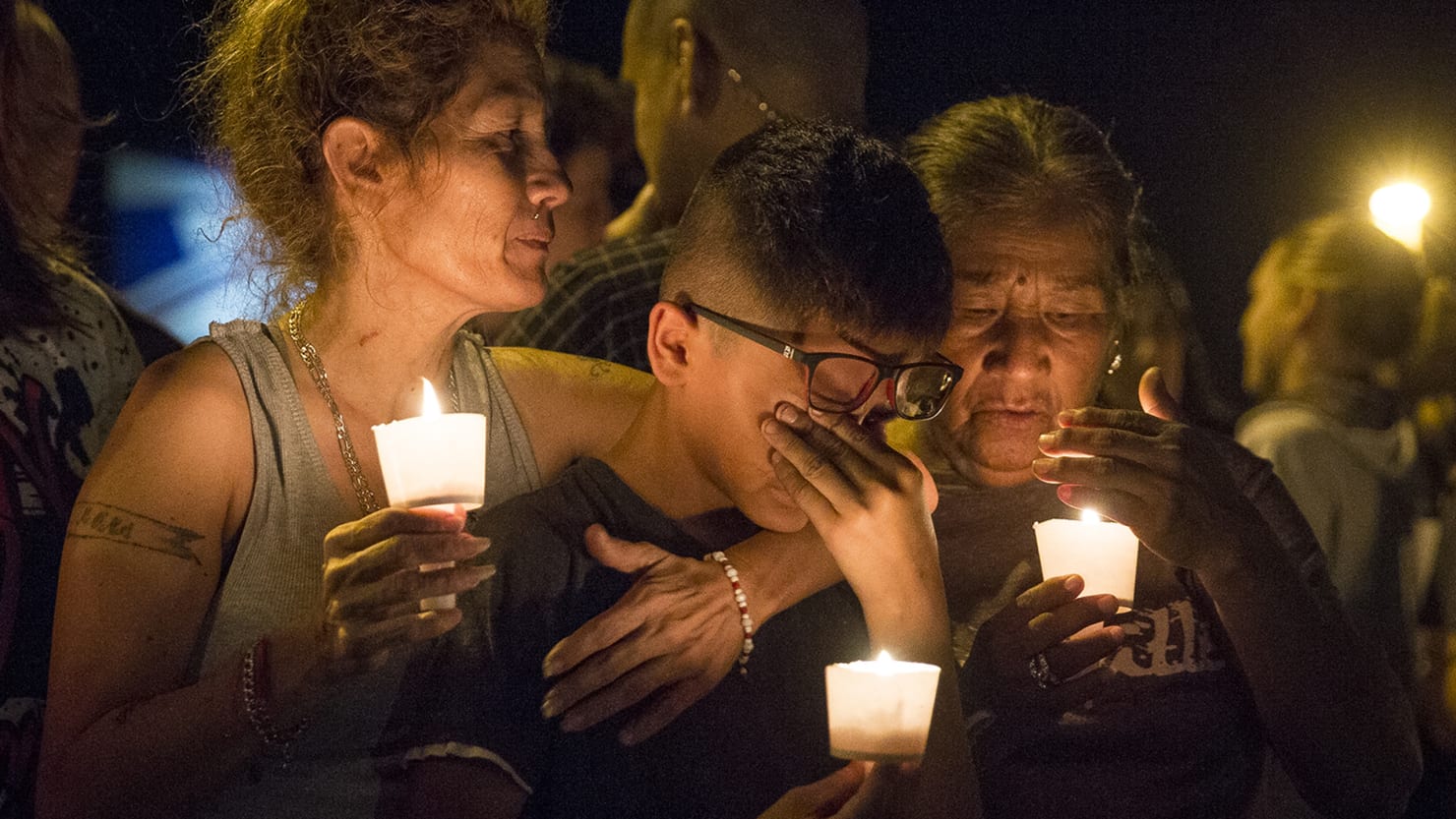 Many Americans, especially Christians, are now struggling to wrap their minds around the horrific slaughter of worshipers from the First Baptist Church of Sutherland Springs, Texas.
While it cannot bring back a single soul, nor will it alleviate all the suffering of the wounded, this writer, at last was able to see this as something more than just another act of terrorism with the help of two people I know.
Former military chaplain Dr. Gordon James Klingenschmitt who hosts a website and full scale ministry called “Pray in Jesus Name,” (PIJN) interviewed Matt Barber, former associate dean of Liberty Law School and publisher of the “Barbwire” website in a video that sheds serious light on the shooting.
After all the reports of carnage, motives, the shooters background, community reactions, visits from leaders, and the usual call by the democrats for more gun control - comes a clear voice with an explanation that can help us to understand what this horrible tragedy really means.
Early in the video Matt Barber declares that because the shooter, Devon Patrick Kelley, was motivated by nothing more than atheism, the murders of 26 people means they were martyrs.
This is the indisputable crux of the matter. All atheism is rooted in the spirit of antichrist. Atheists are motivated by an unseen anti-force that has been opposing God since the beginning of time.
It is a nonsense passing itself of as a philosophical postulation based on intelligence and reason.
Yet, there is no reason in it.
To declare that God does not exist is only a viewpoint, but when acted upon it becomes foolishness. It is always foolish to spend time talking against something that does not exist. But when violently acted upon - it becomes antichrist.
Certainly killing others because they believe in God can only be described as a hate crime, it cannot establish or prove whether God exists or not. Has godlessness finally come to the place where it can commit a jihad in the name of a god who does not exist? Only a devil could inspire such perverse thinking.
The spirit of antichrist (Satan) doesn’t care under which confusion you are brought to act. The Muslims kill the infidels in acts of jihad thinking they are pleasing a god they have never known. To wit:
“They shall put you out of the synagogues: yea, the time cometh, that whosoever killeth you will think that he doeth God service.” (Jn 16: 2)
Confusion takes on a new dimension when people who insist that God does not exist, kill others in the name of their unbelief. Little wonder that Satan is referred to as the arch-deceiver!
Being driven by an antichrist conviction and, more likely than not, the spirit of antichrist (demonic), puts every one of Kelley’s victims into the category of martyrs.
They are among the most noble in God’s scheme of things, and will be throughout eternity. In fact, God gives them something no others will ever have. It is well known as the “Crown of the Martyr.”
“Fear none of those things which thou shalt suffer: behold, the devil shall cast some of you into prison, that ye may be tried; and ye shall have tribulation ten days: be thou faithful unto death, and I will give thee a crown of life.” (Rev 2: 10)
Because those killed and wounded in the church in Texas are truly martyrs we can take great courage from their untimely deaths with many lessons to follow.
Already, great testimonies are beginning to come in to teach and inspire others.
One such story comes from Joe Holcombe who lost nine members of his family spanning a full three generations of members, including a pregnant women and her un-born child, Joe said…
“It’s of course going to be difficult,” he told The Washington Post. But “we are Christians, we have read the book. We know the ending, and it’s good... They’re in heaven and they’re a lot better off than we are.”
In an article posted in Stream entitled “Couple Loses 9 Members of Their Family, But Has Not Wavered in Their Faith” Joe also said, “We’re strong; we’ll be with Bryan and his wife and the whole family one of these days - and we look forward to that.”
These are the kind of words that are emerging from the faithful and they are the righteous product of those who are inspired by the ultimate sacrifice of the martyrs of First Baptist, Sutherland Texas.
When Apostle Paul spoke of the horrible deaths suffered by the martyrs he appendaged his discourse on that subject with this entirely amazing assessment.
“Of whom the world was not worthy” (Heb 11: 38a)
Whatever we may think of those lost in this terrible shooting, one thing is abundantly clear – our world is not worthy of these martyrs. They are, were, and always will be God’s best in this present evil world.
Thank you blessed ones.
“And I heard a voice from heaven saying unto me, Write, Blessed are the dead which die in the Lord from henceforth: Yea, saith the Spirit, that they may rest from their labours; and their works do follow them.” (Rev 14: 13)
Copyright ©2017
Read more by Rev. Michael Bresciani
Tweet