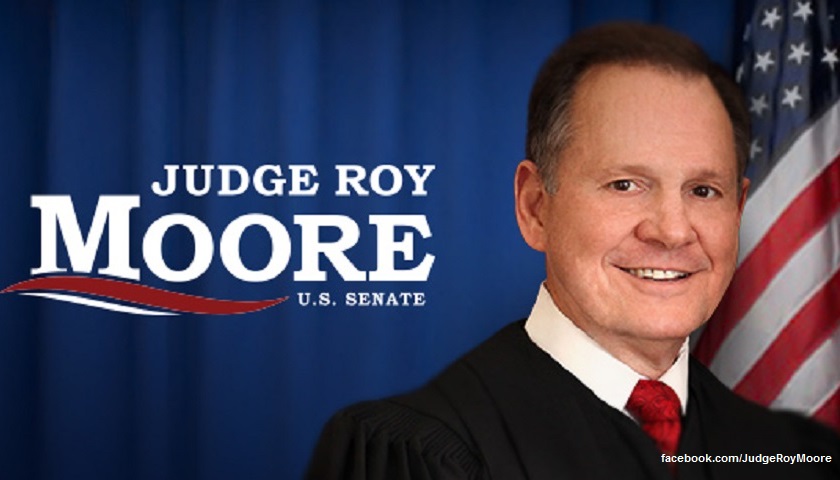 Steven Law, chief executive of the GOP Senate Leadership Fund declared, “There is no place in our party for sexual predators.”
Well, that is not exactly true. I checked the record and was shocked and surprised by the sexual scandals I found since 1900. There have been 67 sexual scandals in the House and Senate, and the White House. It also includes a U.S. Supreme Court Justice–William Douglas (a Democrat) while married to his third wife was known to pursue other women! That was very scandalous in the 1960s. He was also accused of molesting a flight attendant in his judicial chambers. That was a Supreme Court Justice!
Of the 67 sexual scandals, 28 were Democrats and 43 were Republicans! I was shocked. So, the Republicans have made room for sexual predators such as Congressmen Donald Lukens (sex with a16-year-old girl); Robert Bauman (soliciting sex from a teenage male prostitute); Jon Hinson (sex with a male employee of the Library of Congress); Dan Crane (sex with a teenage girl); Mark Foley (sent sexually explicit emails to teenage male congressional pages); and Denny Hastert (sexually involved with young males while coaching them as a young man).
GOP sexual scandals that did not involve children were also numerous starting with President Warren Harding who had affairs with two women during the 1910s and early 1920s; Congressman Dan Burton (a friend with whom I served in the Indiana House) fathered a child out of wedlock in the 1980s; Congressman John Schmitz, former leader of the John Birch Society who admitted to having a second family whom he refused to support;  Senator Robert Packwood resigned after 29 women accused him of sexual abuse; Senator Larry Craig resigned after soliciting male sex in a restroom; Congressman Ken Calvert was involved with a prostitute; Congresswoman Helen Chenoweth-Hage admitted to a six-year affair with a married man; Congressman Bob Barr had an affair while married to his second wife; Congressman Robert Livingston had extramarital affairs; Congressman Henry Hyde admitted an extramarital sexual affair before he was elected to the House; Senator Peter Domenici admitted to fathering a son outside his marriage; Senator Strom Thurmond long before his election fathered a son with a black woman who worked for his family.

Some would insist on adding George H. W. Bush and Donald Trump to the list.

If all the Republicans disassociating themselves from Judge Moore are so principled, how can they live with fellow-members presently in Congress in both parties who live like Ahab and Jezebel? Did the now serving Republicans and Democrats demand the same standard of previous felons such as Bill Clinton? Must I go through the litany of charges again Clinton? His assault of Paula Jones, his rape of Juanita Broaddrick, his abuse of power with Monica Lewinski, and many others. Plus his perjury. How could anyone serve with such a dirtbag who had abused so many women? How could they sit with him, smile, shake his hand, and treat him like a civilized person when he was a barbarian? Principled people don’t do that. They bestow indignation equally upon all offenders.
But it gets worse in that there were perverts in the House such as Barney Frank and Gerry Studds. Frank was the first man to “come out of the closet” as a member of Congress and later married his male lover while still a U.S. Congressman! Frank hired Steve Gobie, a male prostitute who moved in with him working as an aide, housekeeper, and driver - as well as unspecified duties! While living with Frank, Gobie operated a male escort service out of Frank’s apartment! The House Ethics Committee investigated the matter and Frank was reprimanded for fixing 33 of Gobie’s parking tickets. Wow, he was reprimanded!
Despite the scandal, the citizens of Massachusetts sent the pervert back to Congress with 66% of the votes! Frank later “married” Jim Ready. Question: can anyone provide a statement by McConnell or McCain demanding that Frank be removed from Congress? Don’t waste your time looking. Courageous Congressman William E. Dannemeyer of California spoke against keeping Frank in Congress.
Another Massachusetts Congressman Gerry Studds (first elected in 1972) was another homosexual who precipitated another scandal in 1983. Studds was censored for having sexual relations with 17-year-old congressional pages, although he defended his affairs because they were “consensual.” He refused to apologize or resign his seat. Speaker of the House Newt Gingrich called for the expulsion of Studds from the House but played the hypocrite. Newt later resigned from the House after admitting in 1998 to having had an affair with a staffer while he was married to his second wife; and at the same time he was leading the impeachment of Bill Clinton for perjury regarding an affair with Monica Lewinsky! Crusaders must be clean!
Studds did not resign or apologize and was reelected to the House until his retirement in 1997. What’s wrong with those people in Massachusetts?
At least the Republican felons either resigned or were forced out of office. Not the Democrats.
But the most disgusting example was that of Senator Ted Kennedy of Massachusetts who admitted to numerous and barely concealed extramarital affairs plus notorious public incidents, “including public sex in 1985 and 1987 at La Brasserie restaurant in Washington D.C.”
Kennedy fell the lowest with his drunken party at Chappaquiddick in 1969. Ted took a young woman away from the party and he drove off a bridge while drunk. The young woman drowned. Kennedy refused to report the incident until the next day after her body was recovered. Kennedy pleaded guilty to a charge of leaving the scene of an accident and later received a two-month suspended sentence! The court surely would not want to be guilty of overkill in their sentence for adultery, driving while drunk, leaving the scene of an accident, and involvement in the death of Mary Jo Kopechne!
The inquest into the death of Mary Jo was done in secret, but to his credit (?) the presiding judge declared that some aspects of Kennedy’s story were not true, and his negligent driving “appears to have contributed” to her death.
Well, surely the House and Senate and the President demanded he be removed from the Senate. Nope, and he was reelected many times after that tragedy. Kennedy was greeted and treated like a gentleman when he was a drunken repeat adulterer responsible for the death of a young woman. Why didn’t the Senate - to a man - demand his expulsion? How could McConnell and McCain serve with him and call him the “gentleman from Massachusetts?”
When McCain, McConnell, and other hypocrites got to Congress, they had no qualms working with and socializing with the likes of Kennedy, Frank, Studds, etc. While McConnell stripped Senator Craig of his committee positions for homosexual solicitation, he did not try to force him to resign the senate. Why not? Where was his righteous indignation at that time?
Judge Roy Moore will be a lot of fun in the Senate as he opposes the establishment. He will be hated by members of both parties and loved by patriots everywhere. For sure, he will cause constant heartburn to the Republican establishment.
I shared the speaking platform with Moore at a national preachers’ conference in Indianapolis a few years ago but we are not personal friends; however, I believe he is telling the truth, since he has made so many principled decisions during his life that cost him dearly.
Moreover, I am asking Alabama pastors to actively support him by sending this column to all their members. Each pastor will tell his members that he can’t speak for the church officially about supporting candidates, but he can inform them of his choice. The church van could even take people to the polls - as long as they take Democrats and Republicans.
Do it, pastors. Help elect a man who will stand for truth and righteousness.
It is evident that our politicians are both the bravest of the brave and the vilest of the vile - and too many pastors preach precepts, purity, and principle, yet refuse to take a stand when it really matters. Now is the time to take that stand.
Copyright ©2017
Read more by Don Boys, PhD
Tweet