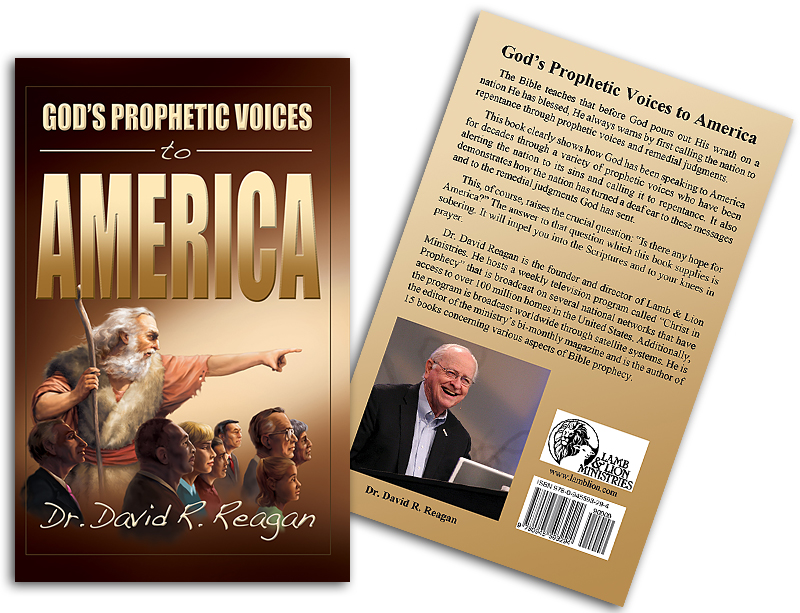 Prophets are given the vision to see what God is about to do, they are often called seers for this reason. But when they declare that something is at an end – it is time to prepare.
It is beyond doubt that somewhere between the very Godly upbringing David Reagan went through and a specific day or time when God called on him to preach, prophesy, write and minister, America was given a prophet for these times.
Of particular note, is a sub-heading called, How God Deals with Rebellious Nations. He explains how God uses remedial judgments using examples that are derived from the Bible and current events. These examples are all familiar and up to date. These explanations are far above the realm of general interest, they are accurate descriptions of the measures and extremes to which God will go to bring nations, including America, to renewal or complete destruction.
Reading Reagan’s summary is the capstone of the entire work. The book would be worth the read just to get to his summary.
My Summary
Two facts always emerge when I search for America’s true prophets. First, they are always deeply grounded in Gods inerrant word. The second thing I see is that I can recognize their vision, calling, and ministry without mulling around in doubtful disputations.
Prophets always recognize prophets.
While I am a prophet, I am not “the” prophet to America; rather, I am just another prophet among many God has chosen, and I will never deny that. It is this fact that makes me glad to see another man like Dr. Reagan using his gifts, calling, and skills to warn this nation that many of us e love, that it is approaching a deadly, critical day of God’s interventional judgments.
To say this book is a must read, is simply not enough. It may be one of the most important books of its kind since Hal Lindsey’s, Late Great Planet Earth.
I have always rated film and book reviews on a scale of one to ten, but this book transcends my ratings. For all those who are striving to understand prophecy and what it means for our nation – this book is a national treasure.
Copyright ©2017
Read more by Rev. Michael Bresciani
Tweet