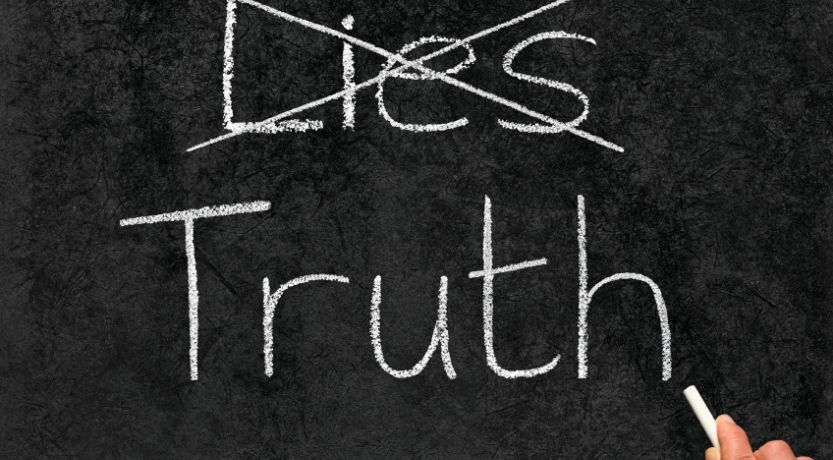 As we enter 2018, let’s look at what made the news in 2017. Perhaps the most memorable concept people related with was the concept and vernacular of ‘Fake News.’ To understand fake news, look at the concept of white lies.
“Little white lies. We all tell them. We do it to be kind. ("I love this gift!") We do it to protect ourselves. ("I'm leaving in five minutes.") We do it because it's an uncomplicated way out of something awkward. ("I didn't see your text.") White lies are the kinder, gentler fibs about less important things.” (Author unknown). Dictionary.com defines the white lie as a harmless or trivial lie, especially one told to avoid hurting someone's feelings.
DIRECTV surveyed 2,000 U.S. adults to find out which white lies they told the most and to whom. Provided the respondents were telling the truth(??), the survey yielded some fascinating results.
Here’s a list of the top 10 most frequently told white lies and the percentage of people who have used the lie:      1. "I'm fine." (92 percent) 2. "I love this present!" (80 percent) 3. "Sorry, I'm sick." (78 percent) 4. "I didn't see your text." (72 percent) 5. "Let's keep in touch!" (70 percent) 6. "This meal you made is delicious." (70 percent) 7. "Leaving in five minutes." (69 percent) 8. "On my way." (66 percent) 9. "I'll be ready in 15 minutes." (65 percent) 10. "No, you don't need to lose weight." (63 percent)
Here’s a list of the top groups of people to whom we lie: 1. Coworkers: (26.99 percent) 2. Family: (23.95 percent) 3. Friends: (22.06 percent) 4. Significant other: (10.78 percent) 5. Parents: (8.71 percent) 6. Other: (7.51 percent)
So white lies are justified in order not to hurt other people. I guess I get it. However, is there a danger in developing a habit of telling white lies? Firstly, little white lies are often a way of avoiding responsibility. The “I didn’t see your text” is more of the shame-based response of the sender than not hurting someone’s feelings. Wouldn’t telling yourself and them the truth be more authentic and constructive?
Secondly, habitually telling white lies generally transitions into telling bigger, more intentional and often destructive lies. It’s not about protecting the recipient. It’s about justifying the sender’s words or actions no matter what the cost to others. The result is exaggeration, spin, fibs, half-truths, partial truths, manipulation, and well, fake news. It’s ‘true lies.’ What’s the lesson we learn from Adam and Eve on lying? Lies must be covered up but the truth can run around naked.
The Bible has much to say about this. The Apostle Paul outlines the seven progressive downward steps leading to cultural disintegration in Romans, Chapter One. Then he reveals how it happens. The influencers of culture will exchange truth for lies by suppressing the truth in unrighteousness. What Paul means here is people who influence others through ‘fake news’ start by telling people white lies. Then they progress from white lies to intentional ‘true lies’ and partial truths because of their social, political, or personal biases. That’s called spin.
Spin is more intellectually deceptive than white lies. Wikipedia’s definition of spin in public relations and politics is a form of propaganda, achieved through providing a biased interpretation of an event or campaigning to persuade public opinion in favor or against some organization or public figure.
What’s the problem here? How can receivers make an informed decision based upon facts? Let’s say your foot is standing in a fire. Your nerves (your internal informer) misled you by saying you are not standing in a fire (whether kind 'intentioned' or not), so how can you make an informed decision? When someone tells you a white lie, you are uninformed. When someone spins a truth, you are misinformed. The worst thing about being deceived is you're deceived.
As we step into 2018, let’s be aware, alert, and intelligent. Let’s investigate. Don’t let your easily manipulated feelings rule you. Let truth rule you. There’s a difference between credibility and plausibility. Credibility means something is true. Plausibility means it seems true and is currently working. Hint: Just because it seems true, doesn’t mean it is true.
Here’s a resolution for 2018. Stop telling white lies habitually. Why? It can lead to true lies.
Ed Delph    December 31, 2017
Copyright ©2018
Read more by Ed Delph
Tweet