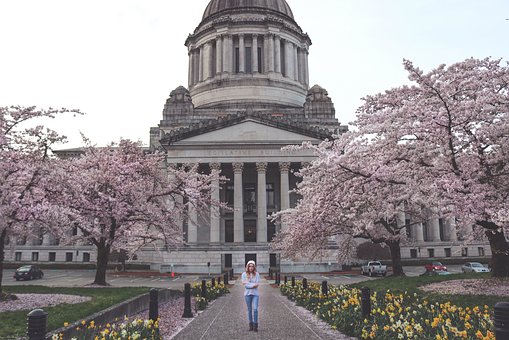 Holding power is the first priority for Democrats.  Voting on principle is always secondary or nonexistent allowing all Democrats to easily vote together as a bloc. Look at the Republican-led tax cuts.  Not one Democrat voted for it although it would have been in their political self-interest of some to do so.  Republicans in contrast usually stand on principles as a first priority, and then fight among themselves over them to their own detriment, seldom voting as a bloc.

Many of us refer to the Democrat Party as the DemocratIC Party.  Since Democrats, particularly Democrat Progressives, are more socialistic than democratic this gives the wrong impression.  Easily proven by socialist Bernie Sanders who recently received forty-three percent of Democrat Primary voters.

Democrats have the support of 90% of American media.  A study last month was done by Media Research Center which reviewed the positive and negative stories on Donald Trump.  Ninety percent of each ABC, NBC, and CBS stories were negative on the president.

Democrats love government where Republicans do not.  Because of their love for government in all forms, Democrats are drawn toward a career in government and unsurprisingly populate by far the larger share of local, state and federal government. This perch allows them to trumpet their message, spending your tax dollars for more votes for them.  Republicans in contrast often see government as a necessary evil and quote Reagan:  “The greatest lie: I am from the government and I am here to help.”

Democrats presented by the media in a blue color have a natural advantage over Republicans who are shown in red.  Red often is a color that has negative overtones. Red is the color of Communists, socialists, stop signs, fire, fever, and emotions, and implies trauma and limits. Blue, by contrast, is the color of the sky, flowing water, the ocean and implies calm. Studies show that looking at the color blue is relaxing which is why we like a day at the beach looking at the sky and ocean. Also shown is that viewing the color red raises body temperature and increases the heart rate. One analysis revealed that since color TV’s invention, a political party’s color alternated roughly every four years until Bush versus Gore in 2000. At that election, NBC, CBS, CNN and USA Today all coded their maps blue for Gore and red for Bush. And it has been that way ever since. Ironically it is the Democrats who are becoming socialistic and use fire and violence by Black Lives Matter as a means of intimidation and obtaining power. Although likely impossible now, and probably unhelpful, it would be more accurate if the colors were reversed.

Democrat voters are poorly educated and the Democrat Party wants to keep them that way. Democrat teachers' unions place their own power above proper teaching. Their method in this madness is keeping their students uninformed. An American tragedy. Later these students as adults are easily persuaded to vote for Democrats, particularly since many of them will benefit from the welfare they might be receiving.

To their short-term political detriment, Republicans are trained to have better values than Democrats. Forty-three percent of Republicans say they go to church each Sunday where they are taught moral and Christian values. By contrast, only thirty-one percent of Democrats say they attend a church that often. Although: “For all have sinned and come short of the glory of God” (Romans 3:23), because most Democrats do not receive training on Sunday they fall short more often. Lying and cheating which is very effective in growing and holding power in the short term, is much more in their purview.

Democrats overwhelmingly vote their color rather than their beliefs. Ninety-six percent of Democrat African-Americans voters voted for President Obama. Yet many are regular churchgoers who work very hard to avoid going on welfare. They are pro-life and are opponents of same-sex marriage and transgender rights. Many desire a good education for their children as evidenced by their strong interest in charter schools. If they voted their beliefs they would vote for Republican candidates who support all these issues. Voting contrary to their beliefs sadly then only confines them to living in the destructive social environment created by Democrats.

Republicans are fortunate to win as often as they do given Democrat advantages. If voting for party candidates was on a level playing field, the government and its officials would be mostly Republican.