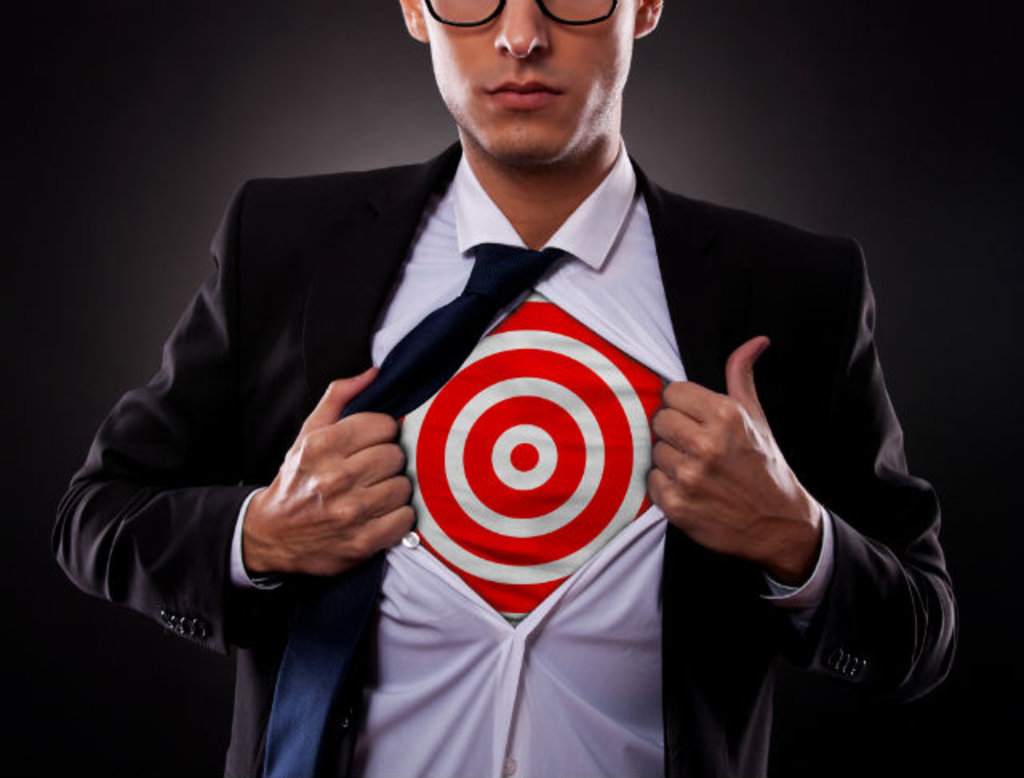 Cartoonist Gary Larsen inked quite a word picture in a cartoon.  It is a picture of a big male deer with a target on his belly. Another deer looks at the target and says, “Bummer of a birthmark, Hal.”
While we all feel like Hal from time to time, just think of those in full-time church ministry. It seems like pastors these days are on everyone’s scope, both inside and outside of the church.  Mainline media sensationalizes ministerial moral failures and television evangelist’s ‘misuse’ of money faster than a speeding bullet. Many educators accuse pastors of being irrelevant and judgmental. These accusations are true in some cases. However, one bad example is not all examples. The truth is that 95% plus (my guesstimate) of pastors are trying to make the world a better place. Are they perfect? No. Are they going to make the wisest decision every time? No. Do they walk on water? Hardly.
The ministry is a wonderful calling but sometimes a terrible career! Frankly, I love being a pastor. It’s my calling. However, the career part is harder. One time my wife Becky and I were at a time-share presentation in Maui, Hawaii. The salesman asked what I did for a living. I said I was a minister. Then he said in a disappointed manner, because stressed out people are the best sale prospects, “Oh that means you have a low stress job.” You should have seen Becky. She laughed and said, “You don’t go to church, do you?” Ten years later she recalls that incident like yesterday.
Englishman Phil Hines tells a story about Jesus walking along the road one day and seeing a man crying. When asked what was wrong, the man replied, “I’m blind,” so Jesus healed him. Further along He met another man in tears and asked him the same question. He replied, “I’m lame,” so Jesus healed him. Then He encountered a third man weeping. In response to Jesus’ question he replied, “I’m a pastor.” So Jesus sat down and wept right along with him!
Pastoring can be a thankless job inside the church too. Talk about pastoral target practice. If he speaks too long, “He puts us to sleep.” If he speaks too short, “He hasn’t prepared.” If he raises his voice, “He’s shouting.” If he speaks normally, “You can’t hear him.” If he is absent, “He’s always on the road.” If he’s out visiting, “He’s never at home.” If he’s home, “He never visits anyone.”
If he talks of money, “He’s too fond of money.” If he doesn’t talk money, “Nobody knows what he is up to.” If he is too young, “He lacks experience.” If he is old, “He ought to retire.” And what if he dies trying to meet all these expectations, “Nobody could ever take his place.” Now that will make you twitch.
Well, like they say, the retirement benefits of pastoring are out of this world, but what can you do to support your local pastor this side of heaven? The Bible says, “Appreciate pastoral leaders who give you the word.” “Honor those who work so hard for you, who have the responsibility of guiding you…overwhelm them with appreciation and love.”
You just might erase that target on Hal the pastor.
Ed Delph     January 16, 2018   CCC
Copyright ©2018
Read more by Ed Delph
Tweet