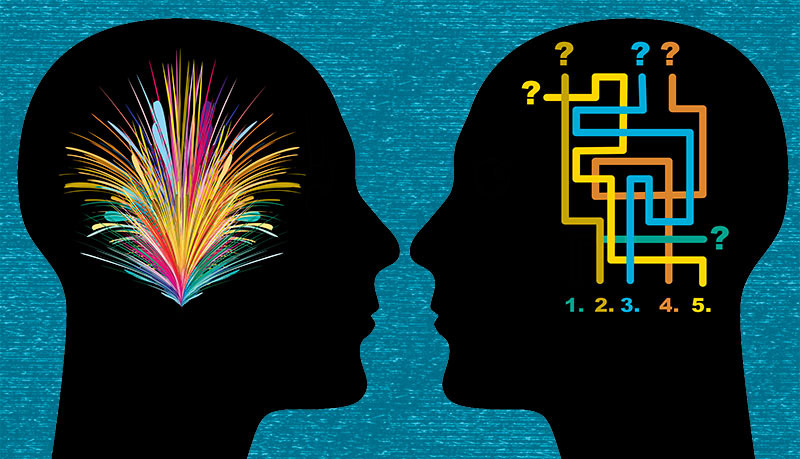 Given the usual hysteria surrounding Liberal rhetoric, it is Conservatives who have to be 'the adult in the room.'

If you are a masochist and occasionally view the Left-stream news media you will be subjected to a continuous and semi-hysterical rant accusing Trump and all conservatives of being the cause of everything from rainy days to bad breath. This is sometimes thinly disguised as news stories but increasingly their polemics desert any pretense of news coverage and degenerate into frothing tantrums that have little to do, even remotely, with what is actually happening in the world.

Their counterparts in the entertainment industry are just as bad - forgoing ‘entertainment’ for lectures and passing off ‘jokes’ that would embarrass a third grader, as cutting-edge humor.

Much of the material from these immature purveyors of misinformation comes directly from the DNC playbook which is created with the one group on the Left that does know what it is doing. The leftist politicians.

These are the opportunists who have always gravitated to politics down through the ages, as it gives them the opportunity to gather power while lining their pockets at the same time. These are cynically clever con-men who manipulate and play both sides of the issue, depending which way the wind is blowing.

I likewise include many Republican operatives in this group as well, as many of them have the same overriding goal - namely to stay in office and line their pockets. Do you think that’s an unfair or a cynical view? Then answer this. How many politicians of either party have you seen leave office poorer than when they arrived?
’Nuff said.

However, between the two groups of self-servers, the DNC political hacks are demonstrably worse.
An example? The next time you watch politicians interviewed on any news or talking head show, notice the expressions on the faces of the Democrat and the Republican Pol. The Republican generally looks reasonably thoughtful and serious as they present their argument. The Democrat is almost always smirking - as if they are having a hard time keeping a straight face at the idea that there might actually be people watching who are stupid enough to believe the load of fatuous BS they are dishing out.

Yes, they know that the majority of what they say is nonsense cobbled together to make the emotionally immature, self-centered, and gullible feel better about the fantasies they embrace. However, can you really blame a con-man for engaging in what has been their stock-in-trade since the first cave man sold a second-hand club to his gullible neighbor?

No, the more germane question is, who are the people who are so ruled by their emotions that they willingly follow like lemmings off the cliff of reason into the political abyss of blind, hysterical belief.

I began by postulating that Conservatives were more rational than Liberals because they had to be. Why is that? All you have to do is to take a look at the substance of the opposing beliefs held by each side.

Liberals argue from emotions and the opposite of reality. They argue from how they 'wish' things were, are, and will be. In other words, they are like a schizophrenic who constructs fantastic versions of reality based on their desires and delusions, and then reacts violently when reality raises its ugly head.

Perhaps comparing them to schizophrenics is too harsh. There are certainly many among them who are very good people and want fervently for the world to be a good, kind, loving, and in particular - that all-encompassing term that seems to drive so much of their rhetoric - a ‘fair’ place, filled with sunshine and lollipops for all.

They don’t like the history of the human race up till now and believe that, with a few exceptions chosen by race and gender, everyone that came before was racist, sexist, ignorant, and basically evil. They believe that the glib purveyors of a brave new world led by an ivy league cadre of enlightened socialists will lead us all into the ‘people's social justice paradise’ promised by Karl Marx and Gloria Steinem.

As I said, many rank and file liberals are nice people with noble goals. Sadly most of those goals are untempered by reality and the consequences that come from dealing with life as it actually exists - not how you wish it were.

Anyone who has ever raised children will have experienced this sort of 'wide-eyed-innocence' belief perspective. Do you remember when your child finally had to face the reality that Santa and the Easter bunny didn’t exist? Some kids figured it out on their own, while some were sad but accepted it, and some refused to accept it. All of them later grew up to become Liberals or Conservatives. Which do you think became which? Some wanted a pony for their birthday (despite that fact that they may have lived in an apartment). Others accepted the fact that an Erector Set was probably a more realistic choice. Which philosophy did they adopt?

I am not saying that all Liberals are emotional children. Far from it. Most of their leaders are very clever, albeit in a cynical, Machiavellian sort of way. Many of other Liberal followers are merely looking for a way to be relevant and call attention to themselves. Others view “Me Too” Liberalism as a pathway to becoming more popular and getting invited to right cocktail parties. The vast majority, however, are simply following along the path of least resistance and parroting whatever their friends' social circle or popular media figures say, in a sad yearning to be part of the ‘cool-kids-club’ - just like back in high school.

Does that seem harsh? Then ask yourself or your favorite Liberal the following question: “If you woke up tomorrow and found that all of your greatest hero’s - every Hollywood star, every pop star, all the late-night comedians, every talking head celebrity and all ‘coolest’ people in your social circle had turned mysteriously overnight into Donald Trump loving Conservatives; how many minutes would it take you do do likewise?”

Now ask the same question of the reverse premise of every Conservative you know.
The answers would be very different.

I rest my case.