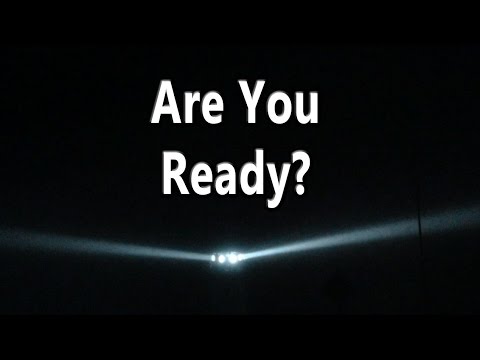 Let’s start with a thought from an unknown author. Every morning in Africa, a gazelle awakes. It knows that it must run faster than the fastest cheetah or it will be killed. Every morning a cheetah awakes. It knows that it must outrun the slowest gazelle, or it will starve to death. It doesn’t matter whether you are a cheetah or a gazelle: when the sun comes up – you had better be running NOW…or your NEXT will be NEVER.
Consider the words: Never, Now, Next. The root word of ‘never’ is ‘not to have.’ ‘Now’ means ‘at the present time or moment.’ ‘Next’ is defined as ‘on the first or soonest occasion after the present.’
Remember Moses in the Bible? God wanted Moses to deliver his people. To do that, Moses is going to have to speak to a very large and in charge Pharaoh, the sovereign of Egypt. Look at introspective, inner-focused Moses’ response in Exodus 4:10-12.

“Then Moses said to the Lord, ‘Please, Lord, I have NEVER been eloquent, neither recently or in time past, nor since I have spoken to Thy servant; for I am slow of speech and slow of tongue. And the Lord said to him, “Who has made man’s mouth? Or who makes him dumb or deaf, or seeing or blind. Is it not I, the Lord?’ NOW then go, and I, even I will be with your mouth, and teach you what you are to say.”

Notice, Moses’ NEVER and Gods’ NOW in this conversation. Moses was like an Old Testament Peter Pan, stuck in his own imaginary Neverland, impeding the much better NEXT God wanted His people as well as Moses to experience. But his NEVER was impeding his NEXT from ever being his NOW.
The trouble with Peter Pans (or should I say Peter Panics) is they NEVER get out of Neverland. His NOW land was his NEVER land. He wasn’t sick, he was stuck. It was his choice. It was his response to past hurts toward his parents creating his orphan status, affecting him in his present, thus impeding his future. Hear the Neverland in his song, “I won’t grow up, I will NEVER even try, I will do what Peter tells me, I will NEVER ask Him why…I’ll NEVER grow up, NEVER grow up, NEVER grow up…Not Me…Not I…Not me.” His NEVER perspective even affected his English.
We all experience Neverland from time to time. We all know what it sounds like. “I never had the looks or brains, I never had the money, I never had the stature, I never had a degree, I never got the big break, I never got a chance, I could never have a real future. Hear that? Living in clouds of impossibility, regret, and blame. Who gets the blame? God, their family, their spouse, their friends, their environment, and themselves (self-pity). Ouch.
The real heroes in Peter Pan are the other orphan boys, along with Wendy and her brothers, who were willing to do something about their NEXT…NOW! NEVER-land felt good for a while. But the loneliness of crowing and crocodile chasing was no substitute for having a family. NEXT was coming NOW and NEVER wasn’t going to stop them from getting to their NEXT. It was time to get on with life. It was time to grow up even if they grew old too. What a life they had. They all returned to a new family, making their NEXT, their NOW.
Moses’ story ended well also. With God and his brother’s help, Moses ended up speaking and God’s people were delivered by God through Moses. He got out of NEVER land.
Here’s the lesson. In corporate and personal life, there comes a time for the NEXT. The current NOW is over. The proper time for what is NEXT is here NOW. But if we say NEVER to our NEXT, the NEXT may NEVER arrive. My challenge to us today is move into your NEXT. Position yourself for NOW. Why? What we do NOW opens the gate to our NEXT. Make your NEXT, your NOW…NOW!
Another quote, “She turned her can’t into cans, and her dreams into plans.” And your English will also improve!
Ed Delph    January 29, 2018   CCC
Copyright ©2018
Read more by Ed Delph
Tweet